Matt Nava Speaks of Various Details About the Journey for Journey

This past weekend, Journey celebrated its 10th anniversary. It’s hard to believe that this came out ten years ago- and how many things occurred behind the scenes. 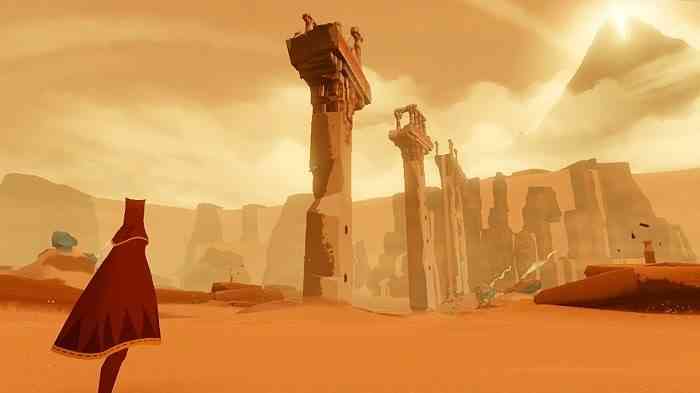 Matt Nava, who originally worked on Journey as the Art Director at the time, shared a little of his experience when it came to the creation of Journey at Thatgamecompany.

Journey, according to Nava, “set the course of my career and my art. I’m forever thankful to the community of players and their incredible love for the game.”

Through Twitter, Nava showed the difference between what one of the more remarkable (though it is difficult to say what is the most remarkable, considering the game itself), is the dune sliding section- where all the puzzles are rewarded with sliding with glee down sand dunes. Nava showed though, that in one tweet, in how complicated that gleeful chapter was, wherein editor he had been “tweaking the angle, position, and shape of every ramp and gully,” long before making the beautiful rock arch concept, and longer still before implemented in-game. To say that this Journey chapter was far more complicated than expected is putting it mildly.

Here is how the surfing level looked in our editor. This was one of the most complex levels to build. I spent so much time tweaking the angle, position, and shape of every ramp and gully. #Journey pic.twitter.com/ydreHsr4vo

Not to mention, all of the columns with the grand shadows- it turns out that the shadows had not been computer-rendered as originally thought, but hand placed within the game environment. There was no auto shadow option, it seems. So instead,  each shadow for that particular scene was placed with deliberation.

Nava continues the discussion with a lot of fun little factoids- how Journey was nearly rated T for Teen due to mistaking scarf figments for blood, how the game was in the early concept called Dragon, how the climax had to be scrapped “at the very last minute. I still can’t believe we pulled it off,” and a heck of a lot more.

While Nava is now at Giant Squid (developers of ABZÛ and The Pathless) as creative director, it’s clear that Nava still has good memories of Journey.

For those who want to play Journey on PC, the game is currently half off on Steam until March 17, 2022.