In 2011, fighters were in the midst of a resurgence. Super Street Fighter IV: Arcade Edition had just been released and Mortal Kombat made its long-awaited return. In addition to giants of the genre, smaller titles were gaining cult followings and one of which was Phantom Breaker. Due to its exclusive release in Japan, many in the west have little to no knowledge about the colorful fighter. Opening the doors, Omnia, the third iteration of the game, receives a worldwide release but was it worth the wait?

Phantom Breaker: Omnia is a fast-paced fighter that is accessible but deceptively deep. Each character has three fighting styles that alter some of the character’s moves and how you approach the fight. If you select Quick Style, your speed will increase to the detriment of your health. This means you are able to swiftly link strikes and create large combos to vanquish your foe. Opposing this is Hard Style. With additional health, you can methodically deliver strong attacks but do not have as many options to combine them. New to the series is Omnia Style which is the perfect mode for newcomers. Sitting somewhere in the middle of the others in terms of properties, Omnia allows you to effortlessly compose a symphony of destruction. However, in order to maintain balance, the mode restricts certain techniques and requires double the special meter gauge to perform a Phantom Break.

On the battlefield, Phantom Breaker: Omnia differs from its peers. While it includes a standard four-button combat system, special moves do not follow the trend of the genre. Rather than complex inputs that involve quarter circles, you simply press a direction and button to unleash a special strike and two buttons together for a finisher. Due to this, the game focuses more on how you chain attacks together rather than their damage in solitude. Although this may sound simple, it really isn’t. Every character differs and you will have to experiment with inputs to find the most effective sequence. Unfortunately, the game doesn’t include a move list which is frustrating as it can feel like you’re just pressing random inputs until you find a combo. 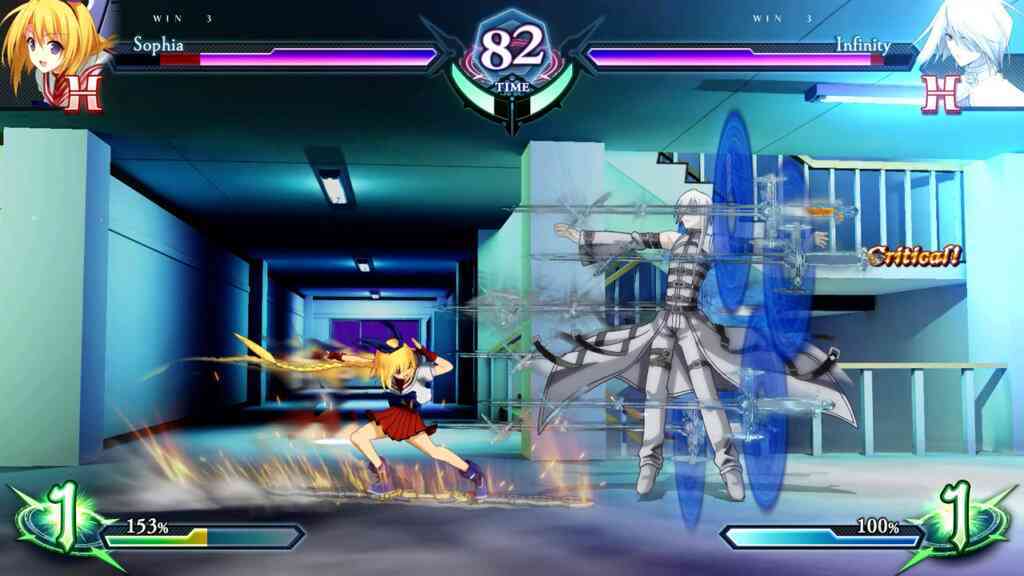 Getting jungled in a fighter is infuriating. There’s nothing worse than being pummelled like a helpless piñata until you splat on the ground at your opponent’s feet. In order to counter this, MAGES and GameLoop have included a counter burst and emergency mode to break these attacks. A useful defensive and offensive technique is the Overdrive mode. Activating this grants a slow down to help you escape attacks or execute a thunderous combo. While these are particularly useful mechanics, they are poorly explained which means many of the nuances of the combat will be overlooked.

The roster lacks the variety that fans of the genre are have come to expect. The fact that it’s made up of mainly females is refreshing, however, many feature similar body types and there is a clear absence of diversity. Some characters are distinct and look as if they have made the jump from a popular anime, whereas some look like generic extras. Most of the cast includes some sort of supernatural ability which imbues their design and these, in particular, stand out amongst the crowd. I really do think that with Phantom Breaker: Omnia, less would have been more with the roster.

Although a story mode is not the be-all and end-all of fighters, it is an important feature. Not only does it build the universe but it also gives personality to the cast of characters. With a roster of 20, the developers decided to give each person a separate story, so there’s a wealth of content. The delivery of the narrative however is quite basic, featuring either stills or semi-static characters who tell the story. 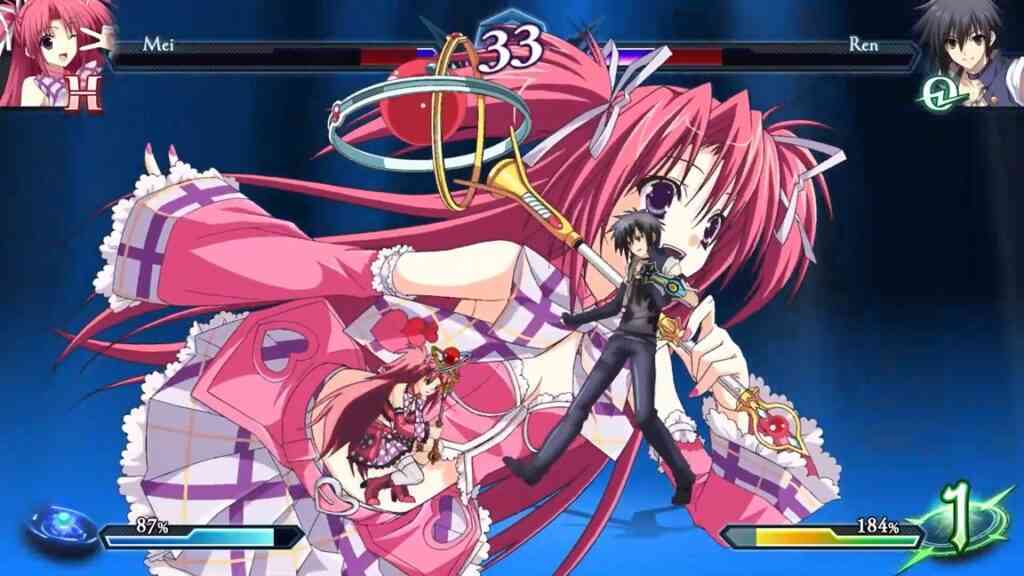 Staples of the genre such as an arcade mode, training and multiplayer all feature. Training is basic and only gives you options to set parameters for your opponent. Mechanics are hidden within small instructional screens without the ability to practice these aspects. The decision to not include a mission mode or tutorial is disappointing and means you will have to either watch videos online or read up to fully understand elements. Other extras include endless battle, online, time and score attacks which give you plenty of ways to take on opponents. Unfortunately, the netcode is inconsistent, sometimes being solid and then plagued by lag. This needs to be resolved to build an online community.

The presentation of Phantom Breaker Omnia is excellent. Characters include lots of minor details and are stunningly animated to embody their personality. Anime influences are apparent throughout and are particularly prominent with character dashes and super moves. Even though it doesn’t reach the heights of Arc System Works, it still manages to capture the essence of the medium. Backgrounds vary but are quite empty. While they travel across various locations, they lack the hustle and bustle you would expect in those areas. Backing the visuals is the soundtrack. Each theme has been reworked and remixed to align with the update, however, you can also switch to the original soundtrack. 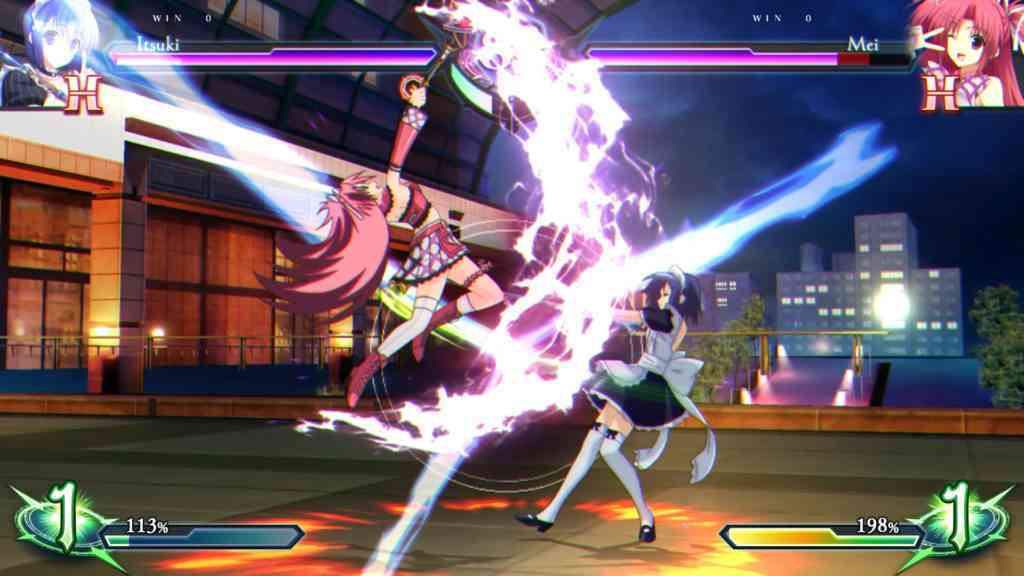 Phantom Breaker is an interesting fighter that finds a niche in a somewhat crowded genre. The use of character styles and chain-based combat gives the game its own identity and provides an additional layer of strategy in fights. The omission of a tutorial and move list is baffling and is a barrier to mastering mechanics. Characters are well crafted and their personalities are shared in the game’s story, however, the roster itself lacks variety. Despite its originality on the stage, some design issues halt Phantom Breaker: Omnia from competing with its competition. 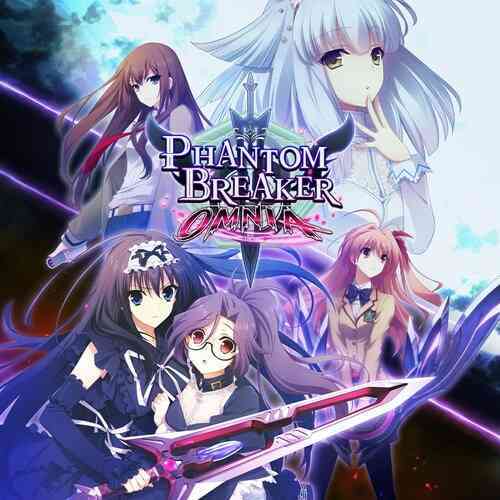