Due to an incredible lineage of games, Arc System Works is renowned for being one the greatest developers in the fighting genre. Recently gaining mainstream success with Dragon Ball FighterZ and BlazBlue, the company has decided to revisit a fan favorite: Guilty Gear. Although it has a strong cult following, the franchise has never managed to replicate the success of its peers and due to this, has maintained a niche title. Looking to obliterate that is Guilty Gear Strive, the most accessible release in the series but will it be able to appeal to both veterans and newcomers?

From the second you hit the battle arena, you’ll be floored by the visuals. Each movement and attack has been incredibly animated, perfectly replicating a high-quality anime. Seamlessly, the camera maneuvers during special attacks adding a third dimension to what once seemed like a 2D sprite. It is an absolute joy to see these over-the-top attacks spiral through the air whilst guitars shred in the background. Signaling counters and combos are large graphics that add to the stylized approach of the design. Although the explicit graphics do take a little getting used to, they add to the energy of the game, helping to make this the best-looking fighting game in existence.

Developing but Not Deterring

Accessibility with established franchises has always been an issue. With mechanics being firmly rooted in the DNA of games, often newcomers find it an insurmountable barrier to overcome. Due to this, Arc System Works have made combos and specials easier to perform allowing novices to engage. In order to maintain depth, the Roman Cancel has now increased in importance. Not only can it be used to cancel attacks, but it can also aid positioning and give further defensive options to counter combos, 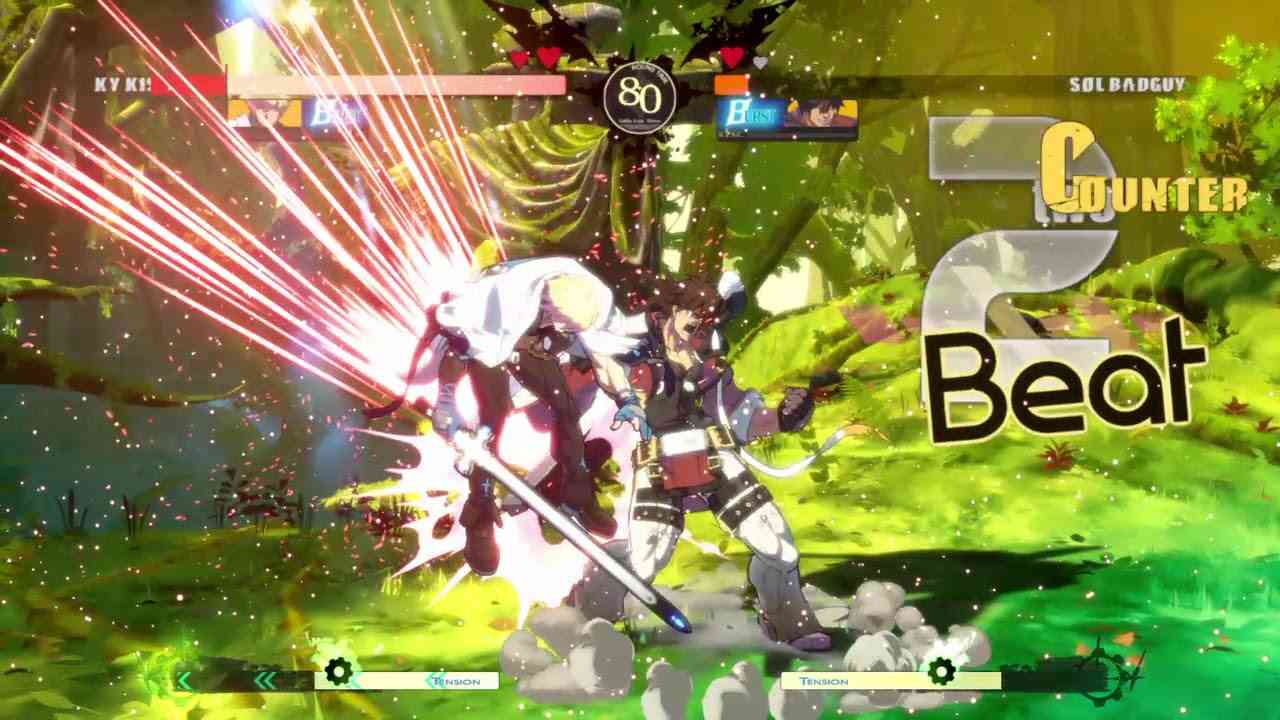 Another new feature is the ability to break environmental walls which results in a delicious animation that transitions the gamer to a new arena. Besides being a beautiful mechanic, it also adds another layer of strategy to fights. Cornering enemies has an added benefit as performing stage transitions will give extra damage and boost your tension meter, allowing you to set up those glorious special attacks.

Having a diverse roster is paramount in a fighter and this is where Guilty Gear Strive’s eccentric cast of oddities shines. Each character exudes personality with each movement and attack, further developing their persona. Staples of the series such as Sol Badguy and Ky Kiske return with two new additions. Building on an established roster is always difficult. Ensuring that the characters fit the lore of the universe, have a distinct fighting style and are visually unique is a mammoth task that even forefathers of the genre have struggled with. Remarkably, Arc Systems Works have not only been able to construct incredible new characters but they have also created two of my personal favorites in the franchise!

Giovanna is a bad-ass redhead who is accompanied by Rei, a wolf spirit. Her fast movement and acrobatic melee style encourages a rush-down playstyle and due to this, differentiating herself from the rest. Probably one of the most unique characters is Nagoriyku, a noble, vampire samurai. If you were not already sold by the description, then wait until you see his giant frame in action. Possessing the ability to trigger a Bloodrage, this takes a chunk of his health but grants massive buffs to his attacks adding further tactics to your already deep arsenal of attacks.

Modern fighters are expected to contain a plethora of modes and Guilty Gear Strive continues in that trend. The Arcade mode has had an overhaul, now containing a dynamic pathway system. Winning every round means you will follow a harder route, gaining no support from other characters, whereas losing odd rounds will ease the difficulty. This fluid approach makes it more replayable than traditional examples of the mode. 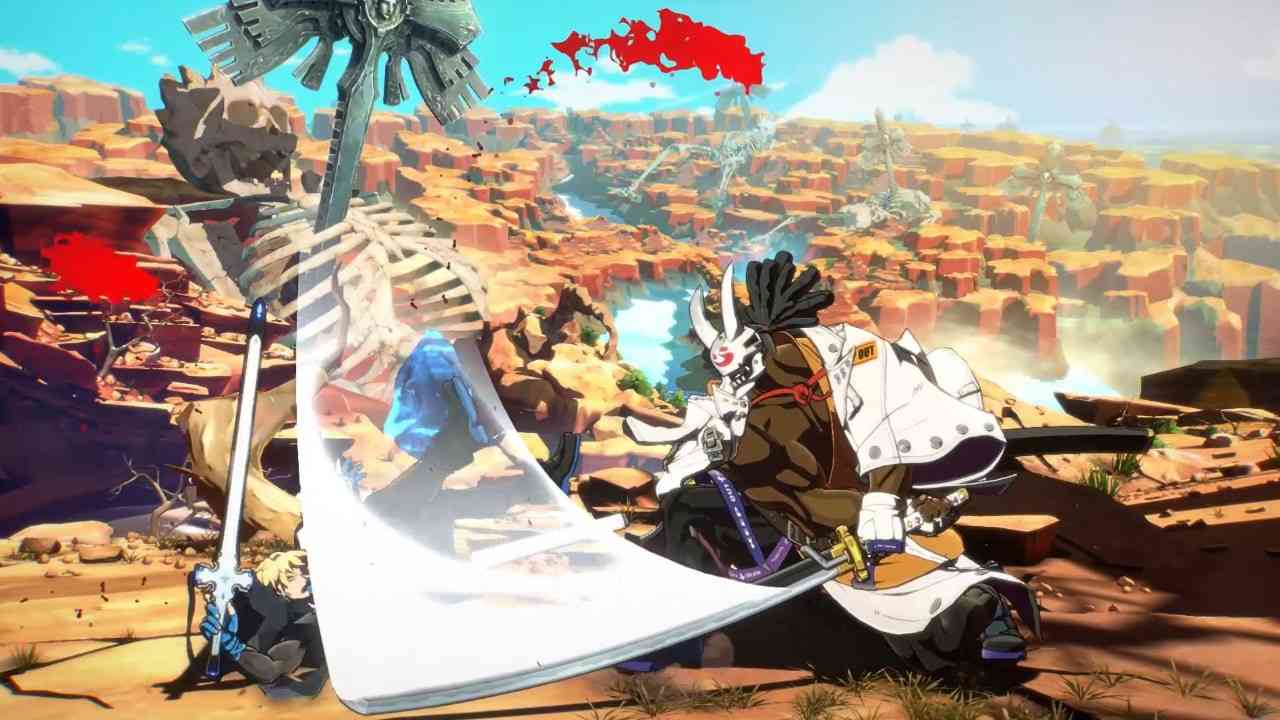 Aficionados love to learn the nuances of their favorite character and Guilty Gear Strive includes systems to support this. After learning the basics in the tutorial, players can progress through the mission mode. Not only does this portray the depth of the game but it also explores the multitude of mechanics, supporting both professionals and novice players. Although you can learn specific character techniques, there is only little exploration of the vast number of combos in the game which is disappointing. Enthusiasts will also notice the lack of frame data. Most gamers may not be bothered about the omission, but this is vital for tournament-based players and it’s bizarre to not have this option available.

Rather than implementing gameplay into the story mode, Arc System Works has decided to offer a robust 10 chapter anime. Beautifully produced, this bonkers story is a great way of learning the lore of the world even though newcomers may get a little lost. To support engagement, a full history of the mind-boggling series is also available.

Having a stable net code is imperative for a fighter as this is where most of your time will be spent and I am happy to report that it is solid. Connecting to the server does take a little too long but I encountered no problems during matches. In a pioneering manner, Guilty Gear Strive alters the standard lobbies of fighters, presenting rooms as several floors. You will move up and down floors based on your skill level giving a nice sense of progression. Similar to Xrd, the lobby is quite jarring as you peruse the environment as an 8-bit avatar challenging others, however, if you’d prefer, you can sit in the training mode as you wait for challengers.

Guilty Gear Strive is a masterclass in design. Each asset has been lovingly crafted with painstaking detail resulting in the best visuals in the genre. The lack of gameplay in the story mode may not appeal to everyone but I applaud their decision to not shoehorn fights into the narrative. Being the most accessible game in the history of the franchise, newcomers should definitely check out this fighter as it’s one of the best ever made. 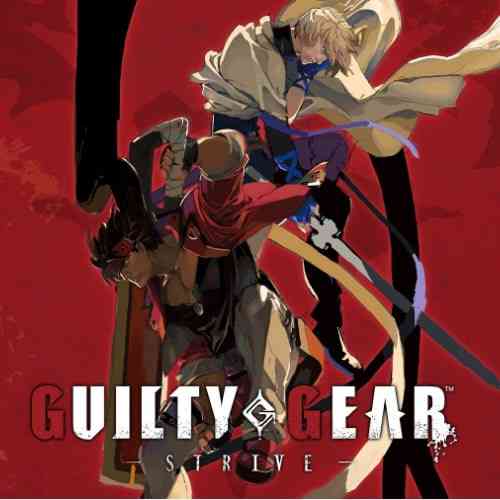