I love MMORPGs, except for one thing: the multiple other players. You know, those gank-loving, loot-stealing, player-griefing, generally annoying human AIs with their immersion-destroying names and tendency to be far better than me and somehow have way more time to play than I do. Don’t get me wrong, I’ve been a member of guilds and raids a-plenty, it’s just that my preferred MO when playing an MMO is solo. It’s one of the reasons I come back now and then to The Elder Scrolls Online. In addition to an incredible amount of stuff to do, it is a very solo friendly game. And now, with the new Blackwood expansion, it just became a bit friendlier.

In addition to being a love letter to a relatively obscure corner of the Elder Scrolls IV: Oblivion map, Blackwood introduces two NPC Companions, which the player can recruit via their quest lines. Their names are Mirri, a stealthy assassin and Bastian, a magic user and potential healer. In addition to making the solo player feel a little less lonely, the Companions can be useful in small group situations in which another human has been killed, as Companions can be summoned and dismissed at will. Although they level up in parallel to the player, their smaller XP rewards are not a slice of the player’s pie but a separate dessert. Companions have their own assignable gear and abilities and they can accompany the player across the game except in PvP situations. 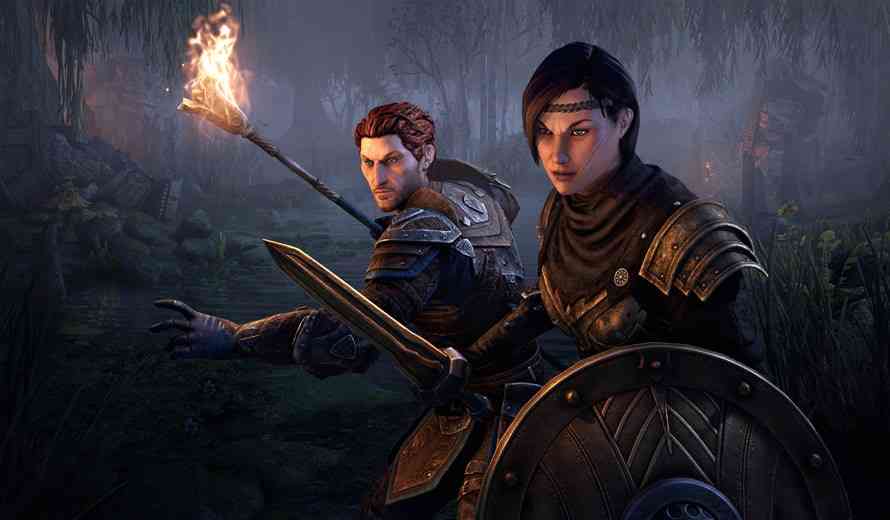 For solo-ers such as myself, the Companions are a welcome addition to the game, at least in terms of combat usefulness. They feel very much like those situations where an NPC quest giver accompanies you into a dungeon and adds an extra bit of healing or reinforcement, and generally speaking they don’t get in the way or make stupid mistakes. As believable buddies with genuine wit and personality, let’s just say that no one is going to mistake them for living and breathing human players. There is a rapport system in which the Companions react to the player’s actions and successes but it’s pretty tepid and not very consistent.

Another year, another expansion

So, Companions are a relative win for the franchise. With every annual expansion, The Elder Scrolls Online just keeps getting bigger, if not necessarily better. Blackwood introduces a significant new main quest filled with magic and political intrigue, a large number of side quests, new dungeons and delves, bosses, flora and fauna and cities, with the main hubs of Gideon and Leyawiin standing out architecturally. The environments of the Blackwood zone are not quite as vividly colorful as some areas in game, but nevertheless varied as they move from marshy swamplands to overgrown ancient ruins. This far down the line, ESO’s graphics are starting to age, and it’s always just a bit jarring to return to ESO after several months and other, more graphically advanced games, and be reminded how awful the faces and animations can be. Blackwood, like the rest of the series, has an effective musical score that is nearly continuously underpinning the action and exploration. The bland voice acting and pedestrian writing are less consistently compelling and overall, the tone struggles with finding a balance between humor and legitimate drama.

Bugs and performance problems are not unfamiliar to long time players of the series, and on the PS5 my characters and party had a number of unsuccessful run-ins with the geometry of close quarter environments, getting stuck in cave walls or hovering in mid air. This game has a lot of loading screens but on the new console, at least, they are abbreviated and not too egregious. 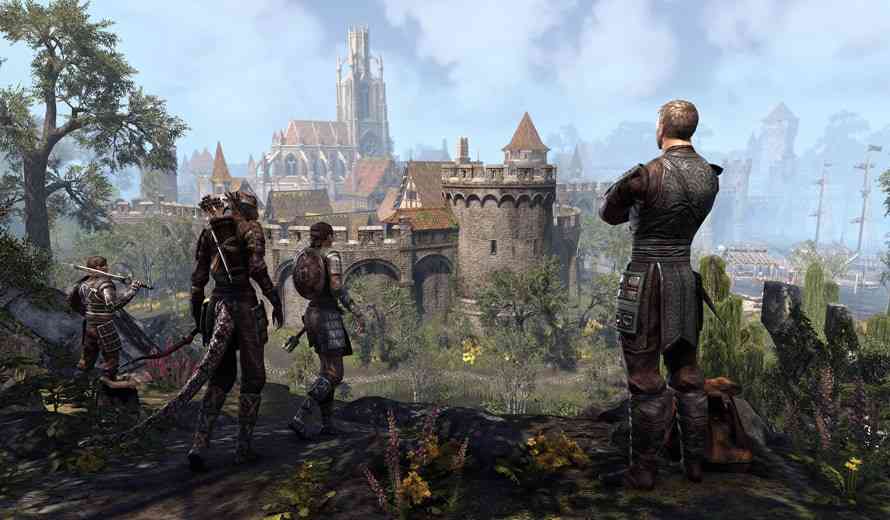 The Elder Scrolls Online cannot be faulted for lack of content, and while each new expansion opens up new, unexplored regions or folds older Elder Scrolls lore and landscapes into the game, the DLC is starting to feel pretty formulaic. The new Companions are definitely a welcome addition to those of us who prefer to play solo, and Blackwood has a main quest, cities, and characters that are worth exploring. Blackwood — the region and the DLC — might be an odd and confusing place for new players to start their journey with the game, but for long time players the Companions and nostalgia factor baked into the expansion might be enough to give them a bit of fresh energy.