The Council Episode 2 – Hide and Seek begins to turn up the heat on the story, giving me more insight into all of these characters, their motives, and where everyone fits. It also turns off the heat and serves up a major cliffhanger at the worst possible time. Few games make me audibly scream “WTF GAME?!” but this episode certainly was one of them. If that’s not an endorsement for Hide and Seek I’m not sure how else to present it to you. The technical kinks I talked about before are still there, but man does the story start to make up for it now.

Before I get into what makes the story good, I do have one major issue: this episode is far shorter than the first one. The Mad Ones had the prologue and four sub-sections, making for about three hours of gameplay. Hide and Seek has only three subsections, which I blasted through in about half that time.

Less is Not Always More

I understand the need to set up The Council’s main motifs in the first episode, making the episode longer but don’t understand then giving me just one “Confrontation” – the game’s boss fight-esque conversations with certain characters – throughout the entire episode. If The Council is going to distinguish itself from other games of its type, I need more of what makes it unique. The RPG elements are still here, but the main gameplay trademarks aren’t and that’s a problem.

That said the story development in Hide and Seek is phenomenal, starting with a murder investigation and ending with a cliffhanger that threw me through a loop. The tale really dives into how nothing is as it seems, with secret areas being discovered and hidden personality traits among my fellow guests coming to the surface. 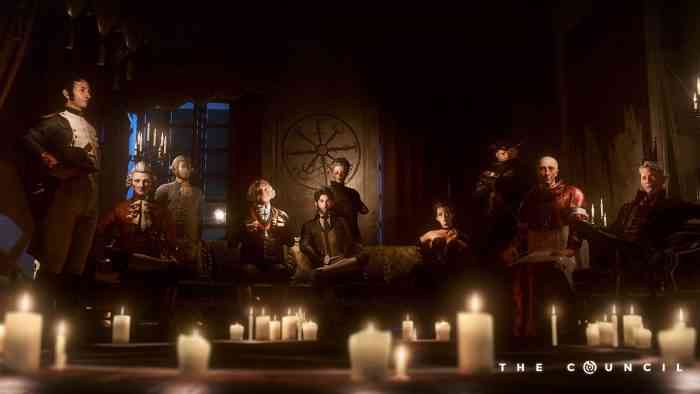 One character, in particular, made me want to punch his stupid face every time I saw him. By the end of the episode though I softened as I learned an inner conflict of his through written texts. There are hidden elements to the story found everywhere, in fact, making searching every nook and cranny essential. Some of them, like the ones I described above, can change the way I view the people around me.

Diamond in the Rough

The technical quirks from the first episode linger, some of them glaringly obvious. Lord Mortimer’s beard, for instance, consistently bleeds into his collar. It looks like his jacket is trying to eat his face. More subtlely, a character walked by me in the outside garden but his footsteps still included creaky wooden floor sounds. The garden has stone on the ground, why does it sound like wood? None of these foibles are game-breaking but they can be immersion-breaking, which can also be dangerous.

The Council Episode 2: Hide and Seek does a terrific job of building more intrigue for its fascinating story. The actual historical figures make things all the more interesting. I do wonder if this story would be as enthralling if not for faces like George Washington and Napoleon Bonaparte. My only issue is there not being enough episode, either in length or in elements unique to this game. I want to play this game, Focus Home Interactive, stop taking it away from me so abruptly. Let’s see what Episode 3 entails, hopefully, sooner rather than later.