Harvestella is not the game I was expecting it to be. The advertising leading up to its release described it as a daily life sim, with JRPG elements, and some real-time combat. People referenced Harvest Moon and Rune Factory leading up to its release. I’m not a huge fan of either of those franchises, but I am a longtime Square Enix fan. They’ve been publishing lots of great games this year, and I’m always curious about their new ideas. It turns out Harvestella is a story-driven JRPG first, and that’s my bread-and-butter genre.

Harvestella is a chill JRPG. It has lots of gameplay styles, but none of them are very complicated. Many of its elements are throwbacks to classic JRPGS, where the protagonist just wanders into people’s unlocked village houses. Harvestella could easily function as someone’s intro-level JRPG, but is really made for longtime genre fans who like the idea of relaxing while playing something they’re already comfy with. Harvestella’s individual pieces are all very familiar, but as a whole, they are greater than the sum of their parts.

I’m a fan of the old school JRPG ultra epic story. I love bands of heroes standing up to evil gods and empires. But some of the best versions of those stories start with a mystery. Harvestella starts the player off with an amnesiac protagonist. There’s a short prologue where a mysterious magical woman cryptically explains that you’re from another time, and will have to alter the fate of the time you’re currently in, in order to affect the time you’re from. When the protagonist wakes up, they find themselves in a world with massive season-controlling crystals. There’s a deadly wind travelling around, and a meteor falls from the sky. The inside of the meteor looks like a futuristic space ship, but the town you’re in looks medieval. And every now and then our hero runs into mystery people with epic armor. 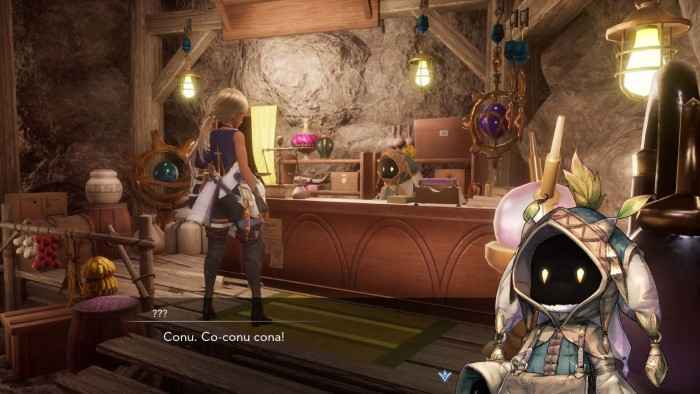 The initial parts of Harvestella’s story reminded me of the beginning of the original Star Ocean game, but after the first few chapters, it got very Secret of Mana-inspired. I loved Harvestella’s plot. It had tropes from lots of classic stories, but had a mystery-driven reveal to its events. My only complaint is its approach to the silent protagonist. In theory, I like the idea of a silent hero that the player can take-on the role of. It was very cool that Harvestella had create-a-character options that included a non-binary gender identity. But the creation options were so limited that they were pointless. Both body choices were female. There were only 2 hairstyles, 4 skin colors, and maybe 20 hair and eye color choices. There were no outfit options. I would have greatly preferred a well-designed character, including a portrait like all the other characters.

The overall gameplay is very JRPG, but with a heavier lean on life sim elements. The structure is familiar, with areas to visit, materials to gather, items to craft, etc. But there is a farm to tend, which is unusual for JRPGs. The farming mechanics are incredibly simple. But the way the game blends managing daily tasks is incredibly satisfying. Tend to the field, check the mail, explore the forest, battle monsters, gather materials, go fishing, upgrade your gear, etc. But make sure to eat and get a good night’s sleep. I don’t normally enjoy daily life sim games with no purpose, so all these mechanics combined with a compelling plot, was a real treat for me. 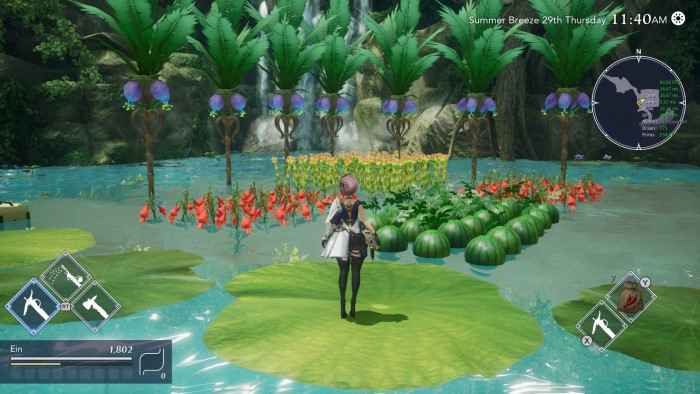 Combat is real-time. It’s as hack n’ slash as can be. There are no dodging or parrying mechanics. The player does gain skills over time, but combat isn’t a focus in Harvestella. It’s one of many pieces. Some potential players are definitely going to be turned-off by the simple combat, but it’s a part of a satisfying JRPG progression system that I really enjoyed. Again, I have to emphasize that Harvestella is a cozy game. The combat is cozy too, which works in this game. It would fail if it was the focus of a game, but here, it’s not.

Graphically, Harvestella isn’t a powerhouse, but the images are sharp and clear. It has a very PS2-era graphical style, similar to Final Fantasy X, or the original Xenoblade Chronicles. The character portraits look great. Harvestella strikes a good balance of having familiar designs, without being too generic. The music is beautiful and serene. There’s a familiar JRPG quality to it, but it doesn’t have any incredible melodies, like so many classic Square Enix JRPGs do. It’s a game that works incredibly well on the Switch too, as it’s not graphically taxing. 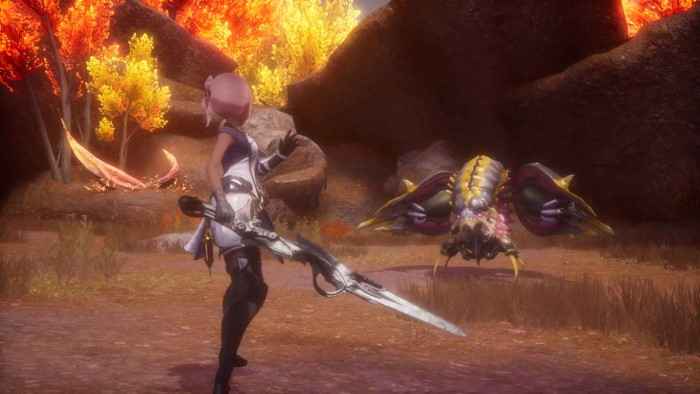 Harvestella isn’t trying to innovate anything. It’s a cozy throwback JRPG that stands apart by having a heavier emphasis on life sim elements. But it’s a story driven action JRG at its core, not a farming sim. Harvest Moon fans will probably be disappointed by its lack of farming mechanic depth, but fans of classic JRPGs who don’t normally love life sim games might really love it. Anyone who really enjoyed Sakuna: Of Rice and Ruin, or the multi-gameplay-style of the ActRaiser games should really take note.

Create-a-character is way too limited 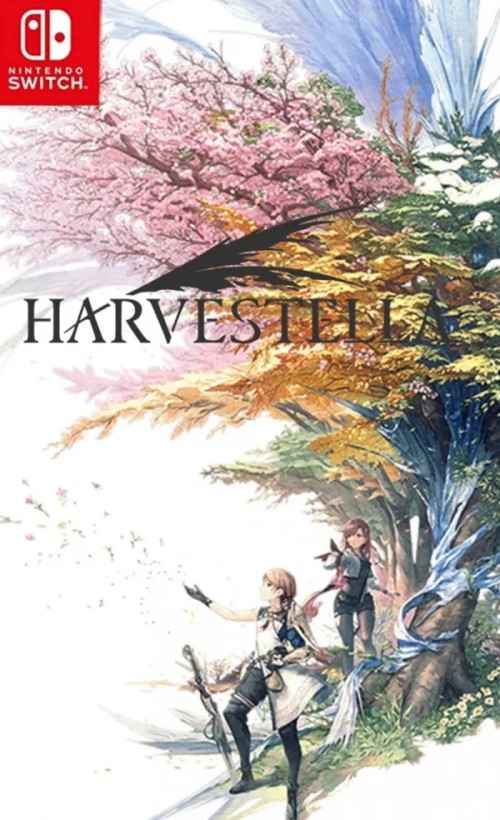