21 years ago, a huge mystery hit the video game scene in form of a JRPG called Star Ocean: The Second Story. This PS1 classic was pretty universally beloved upon its release, but its title had people wondering “What happened in the first story?”. That first story came out for the Super Famicom in Japan, and never saw a release for the Super Nintendo. It was first released in North America as Star Ocean: First Departure for the PSP, a system not too many of us played. Now, finally, Star Ocean has been released for major home consoles as an enhanced port of that PSP release, now with a fancy “R” on the end of its title.

Despite its sci-fi opening sequence, Star Ocean: First Departure R begins with a fantasy setting. The three main characters are their village’s defense force, which protects their town from bandits and the like. One day a mysterious plague takes over their village, turning everyone into stone. Roddick, Millie, and Dorne set out in search of an herb that can possibly cure their town, when they meet Ronyx and Ilia, two people with advanced technology, who happen to know that this plague is actually a biological weapon, and far beyond anything their planet has conceived of. This story is a major reason to play Star Ocean, and is one of the original sci-fi JRPG stories. The game really gets set apart from its contemporaries because of its setting.

A fun fact about Star Ocean is that it was developed by a team of disgruntled employees who worked on the original Tales game. They took the combat from that game and improved upon it, making combat almost of the real-time hack and slash variety. The player controls one of their 4 characters, while the others are AI. That character can run across the battle field, until they lock on to and eventually attack enemies to death. It was a very innovative combat system in the mid-nineties, but today it’s quite primitive and repetitive. The player will find themselves simply aggressively hitting the X button over and over.

On top of the usual experience points, gained in order to boost stats, characters also gain skill points that they can put towards whatever skills they choose. Whether the player wants their characters to be more proficient with certain weapons, or have them better at cooking/creating items, for example, the choice is up to the player. This system is fun to experiment with because of its wide variety and although it’s fairy simple it adds great replay value. 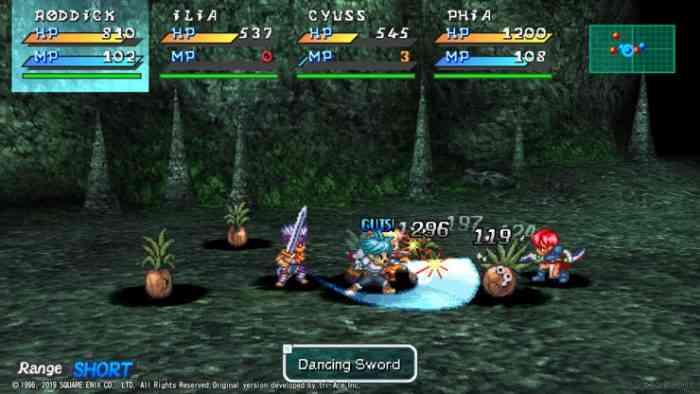 This remake of Star Ocean adds gorgeous anime cut scenes to help tell the story, along with anime-styled character portraits. The game even gives the option to choose between PSP and PS4 character portraits, as well as Japanese languages. There’s also a new fully voiced English language option. The game has had its balance adjusted from the PSP version, in order to provide a smoother difficulty ramp, and speed mode has been added to allow characters to move faster. The graphics have been updated with large 16-bit sprites on 3D, 32-bit looking backgrounds. The game is absolutely gorgeous, and will be a real treat for those who love their pixel art. The soundtrack is a memorable and fairly traditional JRPG-style one.

I love Star Ocean: First Departure R. It’s a must-play for JRPG fans, and gaming historians. By modern standards, it might seem fairly simple, but this is a port of a PSP port of a Super Famicom game. It holds up very well and is by far the most accessible way to play this first story. Even players who aren’t JRPG fans might really enjoy the combat. Especially if they’re into hack and slash and beat ‘em up games. 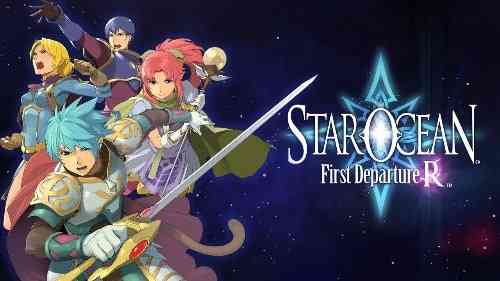