Mobile games are great for arcade-style fun, but there’s always a catch. Maybe you’ve got stamina to navigate, maybe your phone battery melts like a summer snowball, maybe the controls are awful. For this reason, it can be a true blessing when a mobile game makes the jump to consoles. Enter Space Pioneer, a mobile arcade game just begging for a console port.

Space Pioneer is a twin-stick shooter wherein you mow down waves of aliens in various colorful biomes. There’s no story to speak of, and that’s just fine. We’re not here for any sort of compelling narrative, after all. No, this is more of a guns/goo/great loot sort of deal. Rather than the story, you’re encouraged to continue by the massive upgrade list, as well as the numerous achievements. Make no mistake, this is a terrific impetus to press ever forward. Seeing the newest fabulous death machines still grayed out on your menu is more than enough to justify just one more stage. Whatever faults one may find here, the core gameplay loop is proper tight. The guns are nothing to sneeze at, either.

On the subject of firearms, there’s a wide variety of weapons perfect for turning aliens into sizzling particulate. Everything from grenade launchers to energy shotguns to something called the Tesla. Whatever your play-style may be, you can almost certainly find the right tool for the job. Plus, the game is quite good about ensuring you don’t get glued to any one gun for too long. Getting max ranks on most stages requires using a certain gun to finish the level, often with a certain number of kills as well. In fact, using X gun X amount of times ends up a fairly common requirement in most stages. While there’s a lot of variety in weapon design, the same can’t be said for the missions themselves.

Big Fun With Tons of Guns

Every planet has missions and challenges to complete. In both cases, you’ll see all the game has to offer pretty fast. The difficulty level ramps up nicely, but this comes at the cost of inventiveness. Most of the time, you’re just killing people with a particular gun a certain number of times. Or you have to occupy a given space until enough time passes you by. Finally, you’ll be tasked with defending a given objective from waves of attackers. The gameplay itself is fun enough that you mostly don’t mind all the repetition. Everything is fun, frantic, and pretty fast-paced. Who cares if the missions, challenges, and level designs all start to repeat themselves? 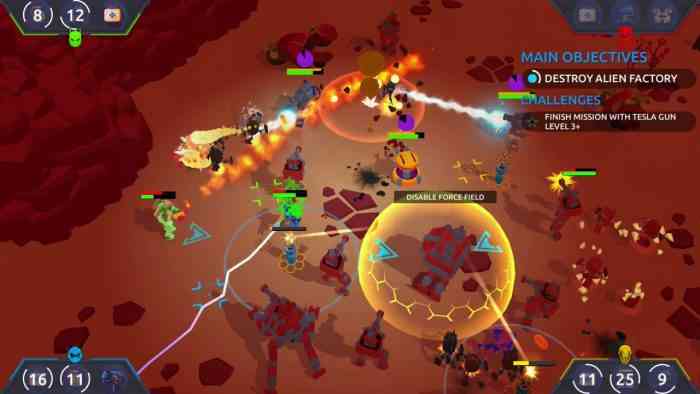 All of these little grievances are rooted in Space Pioneer’s mobile origins. This is a game meant to be played in short bursts. Longer sessions let the cracks in the facade get a little sunlight, you see. On the other hand, there’s tangible benefits to bringing a mobile game to the Switch. Now you’re no longer being hampered by stamina or microtransactions. If you want to play this game for hours on end, there’s nothing stopping you. And you totally could! The challenges, upgrades, and achievements all gel together to gin up a truly addictive gameplay loop. If you play Space Pioneer for long enough, those mobile bones float to the surface. This may diminish the experience a bit, but it’s refreshing to have that freedom available.

For the most part, the game has made the move to consoles with admirable grace. The controls are an easy fit, the graphics scale nicely from portable to docked modes, and the UI fits local co-op with ease. I did experience some slowdown, on the other hand. There’s a particular enemy in the snow levels that digs up coins when no one is looking. This is great for your wallet, but it can get out of hand if left for long enough. There were multiple occasions where gameplay went full molasses on me, peaking when I discovered a massive coinfield. Beyond this bizarre, very specific set of circumstances, Space Pioneer ran beautifully.

I had a lot of fun playing Space Pioneer. The massive list of guns all feel distinct from one another in practical ways. The action ramps up in difficulty in a measured fashion that gives you time to prepare. The drones, background actors in most ways, burp up little text blocks full of weird witticisms. There’s even the tangible benefits to playing a mobile game on a console. I’m not tethered to stamina or battery life, a breath of fresh air that never goes stale. And yet, that same mobile transplant process comes with its own drawbacks. The game feels skeletal, like raw wood piled in the shape of a building. It’s missing something essential in its new home on the Nintendo Switch. The stages, missions, and challenges all feel interchangeable. Even the bosses feel like palette-swaps from time to time. In spite of all this, the game is still compelling fun. You’ll find yourself trying just one more run, one more stage, over and over again. If you’re seeking out a little scif-fi arcade action, definitely check out Space Pioneer. 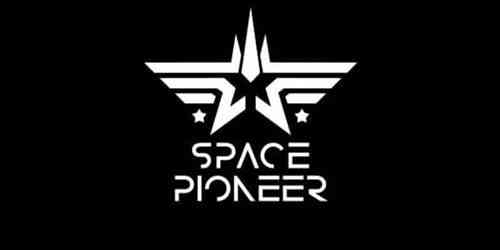