The last Mana remake left something of a bad taste in my mouth. While I can’t pretend this didn’t impact my expectations for this game, I can say that Trials of Mana has been a rather pleasant surprise. Many of the shackles tethered to the previous entry have been removed. We may still be working with paper-thin characters and six disparate stories, but the mechanical end of things is sound. If nothing else, this remake has succeeded in reviving my interest in the overall Mana franchise. Maybe there’s still gold in those hills, after all?

My disparaging remarks about the narrative(s) are well-earned. Side characters are thrown at you constantly, only to disappear in under three minutes.There’s a long list of villains who serve no clear purpose. Several of them kill each other at the halfway point for… reasons? They literally drop in at the end of most dungeons, declare themselves to be super evil, and vanish. It is truly baffling. Every character also gets a McGuffin, someone in their life who dies, or is kidnapped, or betrays them. They breeze by so fast I never bothered to learn any of their names. You collect eight Mana spirits in order to access The Sword, only to discover the villains were opening that door anyway. Then it’s off to fight eight more bosses before the Main Event. Thankfully, the combat is smashing good fun.

Better Battles Are Upon Us

Gone are the attacks that hit you because they were always meant to. Dodging and attacking are manual, which means your survival is tied to your skills. As well as the work of the AI, of course. But I can’t overlook the blossom of satisfaction that comes with evading an incoming move. Secret of Mana was utterly cursed in this regard, and I’m glad the series moved in the right direction. In fact, if you’re attentive and clever enough, you can slip past most attacks that head your way. Predicting the strike zone for your own moves is intuitive, and there’s a wide variety of moves to choose from. Between all this and the quick menu, battles are a big improvement over the last entry. I can’t properly compare this to the original SK3, but I can say that fighting feels un-tethered to 16-bit sensibilities. 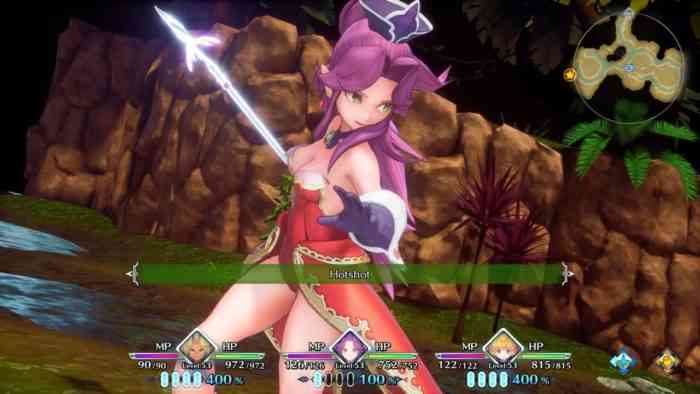 Your party is chosen at the very beginning of the game, which feels unfair. You should have a chance to meet these people before hitching up your wagons and heading west. I actually restarted my playthrough after a couple of hours with my original lineup. Kevin and Charlotte are downright insufferable. Why can’t Kevin speak in complete sentences? It has nothing to do with his lineage. He’s only half-beastman, and the full-blooded ones are perfectly eloquent. Charlotte’s need to insert W’s into every word needs no explanation, I’m simply not letting that into my life. Thankfully, my second selection was much more agreeable. Everything was going great, until the battles got tougher. It turns out the AI won’t use healing items unless you max out those settings and fully prevent them from attacking. Even that wasn’t quite enough to get me through the really nasty fights.

In a tragic twist, Trials of Mana will limit the amount of items you can bring into battle. Meaning, if you have 30 Cups of Wishes, you can only take 9 into any given encounter. When combined with the AI’s tendency to take your orders as gospel, things can get pretty hairy. There were a number of fights I survived by a handful of hit points…. on the sixth attempt. While some of the regular battles require little forethought, rest assured you won’t be bored by most of the boss fights. The same can’t be said for the game’s many shopping excursions.

I’ve touched on this before, but buying new gear in these older games can be a giant drag. Every new town means three new sets of weapons and armor. There’s no decisions to make, you simply need the right amount of money. Gear should be fun, a secondary set of choices that add extra variety to your individual playthrough. Either give me some tough calls to make on what to buy, or remove the mechanic altogether. Maybe attach another set of upgrade trees to the gear you have? Add a little spice to that sword? Although the shopping is deadly dull, there were other elements that felt more modern.

On our last trip around the Mana Tree, the tunes were… a bit jagged? Like a blown speaker in an old Pontiac. There’s none of that happening here. I took several opportunities to switch between the old music and the new. Each time, the new compositions felt more complete, more potent. Maybe it’s the absence of nostalgia, but I felt no inclination to revert to the SNES soundtrack. The other exemplary upgrade was the graphics. Real care and attention was paid to each of the character models. Everyone’s outfits get ever more elaborate with every class change, and the weapons even reflect your endless shopping trips. The background art is a little more basic, but not to the point of distraction. The entire aesthetic has taken a real step forward.

Every Mana game after Secret of Mana has felt diminished, by comparison. Time has revealed even that gem’s numerous flaws, but there’s still a bar that’s been set. Trials of Mana reaches for that bar, perhaps even grasping it. The graphics are lovely, the music is compelling, and the combat is engaging. It’s a weird, beautiful action RPG with enough hooks to keep me on the wire to the very end. The story may be wafer thin, the characters might be flat, and their dialogue might be clumsy, but the core remains intact. Whether you’ve played the original or not, Trials of Mana should be on your ARPG radar. 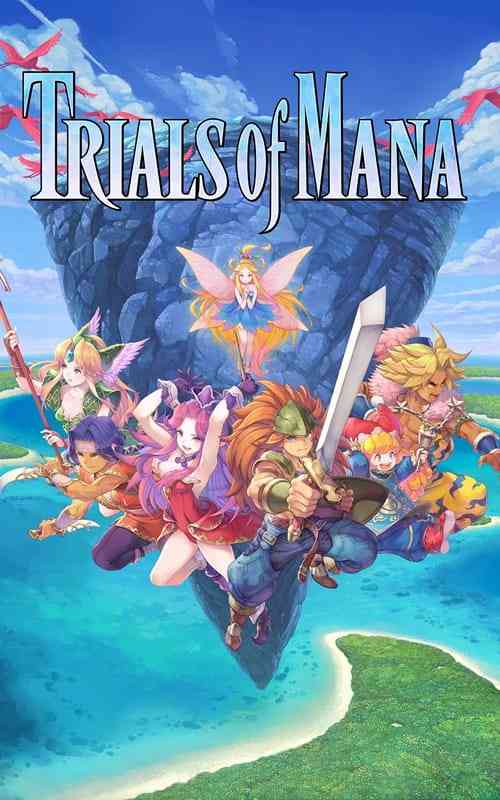