Like many games that suffer not from a lack of effort by the team behind their development, but rather a lack of funding that comes to so many small studios, Deliver Us The Moon is a game that would have benefited immensely from a partnership with a big-budget brand. That’s not to say this is a bad game, but instead that it’s frustrating to see what potentially could have been something great only have the chance to be “just okay.” Deliver Us The Moon won’t knock your socks off, but it does some interesting stuff that unquestionably warrants a playthrough.

The Earth’s natural resources have been nearly depleted. To combat this, the World Space Agency has been created to harvest a “promising new source” of energy from the moon. One night, all communications between Earth and the moon go dark, and you’re sent in to investigate. But we’ve heard this story before. And we’ve seen countless games play out their narrative in an exact way Deliver Us The Moon does, only a lot of the times, it’s better than this.

Of course, being the only person aboard the space station you’re sent to means the story will play out through a series of audio logs, and ghostlike recreations of events that took place prior to your arrival. A lot of the content here is well-written, but unfortunately, the voice acting can be hit or miss, throwing off the mood the developers would try to set at times. When the acting is good, it’s engaging and heart-wrenching, and a lot of fun to discover. But when the acting is bad, its cringe-inducing and tough to sit through. 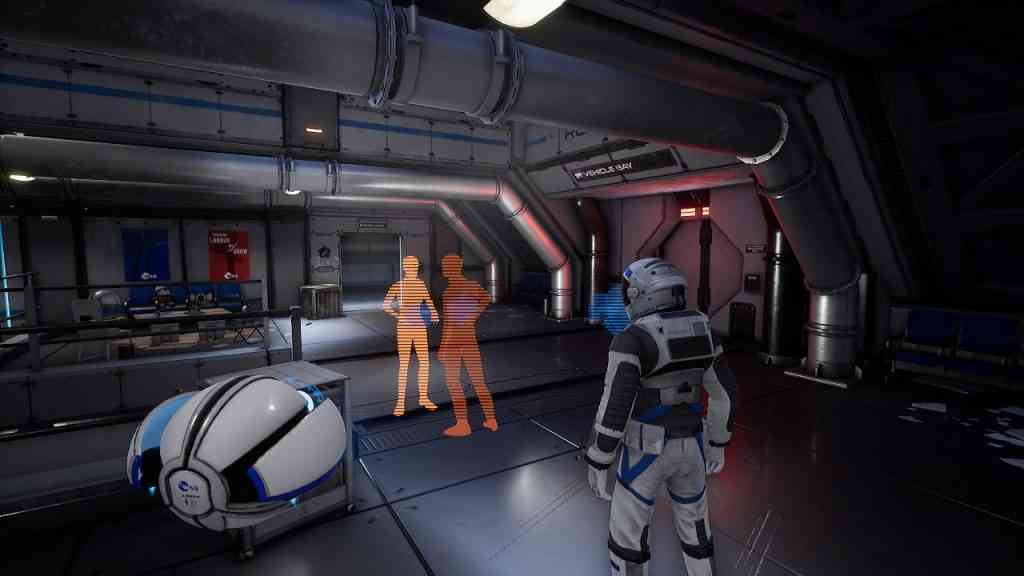 I also felt like the story was inconsequential until around the halfway mark. The intensity starts to heat up once you realize some things may be more sinister than initially thought, but the first parts of the game struggled to hold my attention in the same way the ending did. Again, much of this goes back to being fed up with the monotony of picking up audio log after audio log and sifting through page after page of notes and messages left behind. Thanks to some interesting gameplay mechanics and surprisingly beautiful set pieces, however, I managed to power through.

Up Here, We All Float

To its credit, what Deliver Us The Moon does right is capturing the feeling of being in space. Not that I’ve ever been. But the “floaty space physics” you get to play around with just feel right. And I think that’s the real testament this game can stand by. It lacks a lot of the polish that AAA titles receive, yes, but there’s also a lot of heart here. Navigating around in zero gravity feels excellent, and when it was all said and done, I was left wanting more. The cracks really start to show, however, when running around in 3rd person. All of the janky animations and stiff mannequin-like movements that couldn’t be ironed out come to life, and you start to anticipate getting back into 1st person.

Regardless though of whether you’re in 1st or 3rd person, the setting of Deliver Us The Moon turns out to be undeniably captivating. The inside of the space station itself is dark and gloomy, and to be quite honest, reminiscent of ‘Alien’. But it’s when you peak out the windows of a corridor you’re walking down, and a massive planet is staring back at you, that you begin to appreciate what you’re playing. Even better than that, the first time I stepped out onto the moon’s surface left me speechless. The way the grey of the moon contrasts with the dead black sky is rendered magnificently, and I can say this is one of the best representations of space I’ve seen in gaming. 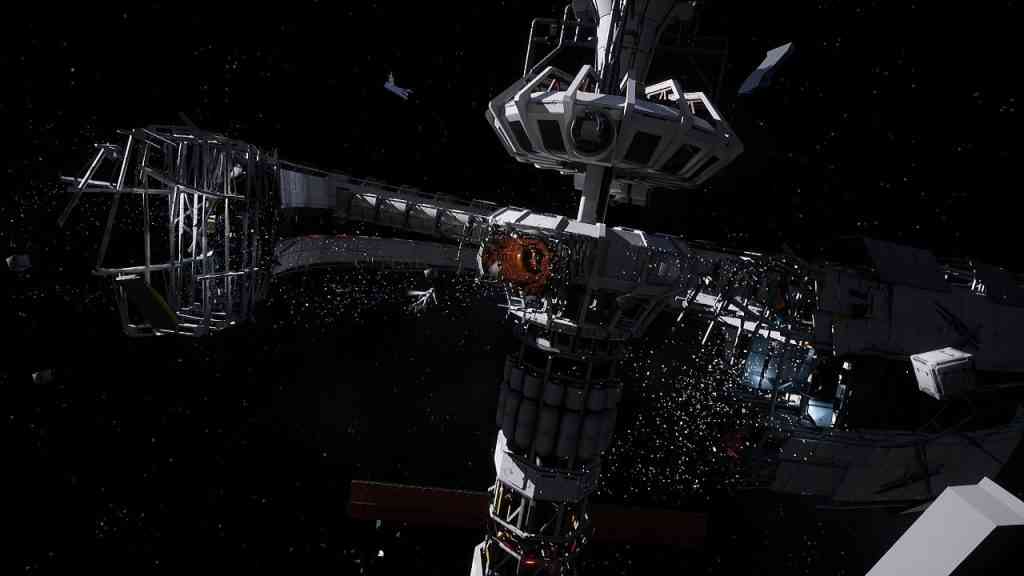 Any great visual set piece in gaming needs a robust musical score to go with it, and that’s the other area Deliver Us The Moon excels in. The orchestral hums that accompany your journey make parts of the game that would be otherwise mundane come alive. So much of the game’s soul is born from its fantastic score, and the team behind it should be accommodated. On the flip side, the complete lack of sound that’s implemented whenever you enter space has an amazing effect. Amidst many flaws, including a predictable story, janky animations, and hit or miss voice acting, the sound design wrangles everything up into a ball, polishes it, and makes the package seem so much stronger than what may be available.

Deliver Us The Moon turned out to be a fun little distraction from the bigger, more intensive games I’ve been playing. It certainly doesn’t do anything to reinvent the wheel, but it manages to nail a few of the key things it tries to do, and for that, I have no problems recommending it for a quick playthrough. I’ll be the first to tell you, though, that there’s going to be some stuff that will bug the hell out of you. Still, for the most part, the good outweighs the bad, and I’ll be keeping my eye out for KeokeN Interactive’s next project.