Back in the 90’s it was common for console games to narrow in on a very specific niche of gameplay and storytelling. Hybrid ideas were all but unheard of for the most part which lead to us having some of the absolute most solid experiences around. Enter Streets of Rage, an arcade beat’em up for Sega that may have been overlooked when next to titles like Street Fighter, King of Fighters, and other combative series which were cashing in on the martial arts frenzy running rampant in film and other media. Over 20 years later Streets of Rage is coming back with the fourth entry in the series and for those who grew up in the glory days of the arcade machine, you will not be disappointed.

Taking place only 10 years after the events of the previous entry, Streets of Rage 4 brings back their iconic cast of do-gooding rebels to once again go head to head with an evil crime syndicate, hell-bent on revenge against Axel Stone and his group of bad-asses. For those unfamiliar, Axel Stone and Blaze Fielding take center stage as ex-cops who take the law into their own hands using martial arts and whatever objects they can find to decimate the enemy. Along for the ride this time is Cherry Hunter – daughter of series legend Adam Hunter – and Floyd Iraia, an apprentice of sorts under Dr. Zan. These four will begin your adventure against the Y twins but as you progress you’ll not only unlock a variety of classic characters like the aforementioned Adam Hunter, Skate, Max Thunder, and many more, but you’ll also unlock the original pixel models for a variety of characters as well. This greatly increases the number of playable characters and is a fantastic nod to the series.

That Sweet Blend of Classic Gameplay and Modern Style

The story mode is where you’ll unlock all those delicious goodies, but get ready for a workout. You’ll need to beat the game with each character to get all those sweet unlockables, and each run of the story is about two hours long. That’s not to say you can’t stop between missions, because you do have that option, but two hours also isn’t too long to be insurmountable in a sitting. I jumped in with Axel and felt incredibly satisfied to finish the story but my forearms and hands were almost throbbing by the end of it. Combat isn’t particularly difficult if you focus, and the flow of combat is so seamless at times you don’t even realize how quickly you just dispatched 20 enemies. 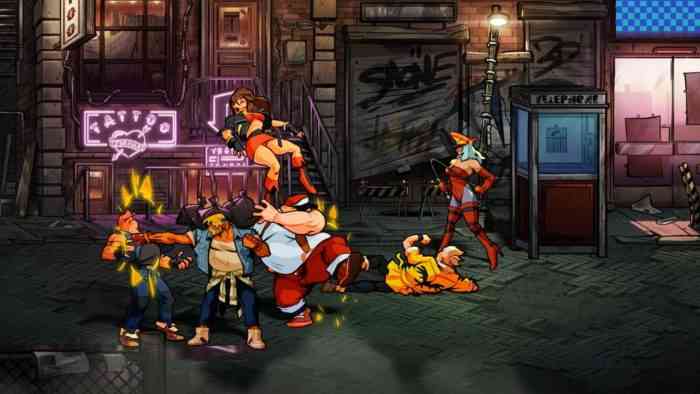 The controls are simple – almost too simple – with a normal attack, special attack, jump, and walk; There is no dash, no block, and no dodge. This might irk younger gamers who are used to these measures but most arcade games didn’t include these features because they wanted your quarters. Luckily each stage starts you with plenty of lives and you’ll earn even more as you rack up points. I would have liked a dash feature as the walking speed feels just a step too slow for my taste, but I do understand the reason for its exclusion. Each character has different special attacks which make them better equipped for different enemies, meaning the multiplayer feature – particularly having other players join you in the story mode – can make for some pretty awesome “conflict resolution” against the gangsters.

Everyone has their own set of stats for speed, strength, jumping etc and it really shows through once you’ve played as at least two characters. While Axel was great for sheer power, I felt my playstyle was far better complimented playing as Blaze with her greater speed and special attack which can knock back enemies and clear some space to focus on specific thugs. Special attacks will drain your health bar, leaving a green segment in its place. As you damage enemies, your health will refill over-top of the green segment as long as you don’t get hit. As soon as an enemy lays a hand on you, that green portion of your health is gone. It creates a simple but effective risk/reward system. I found myself in a tight spot more than once weighing my options on the fly of whether or not I can deal enough damage to make it worth my while before I die. 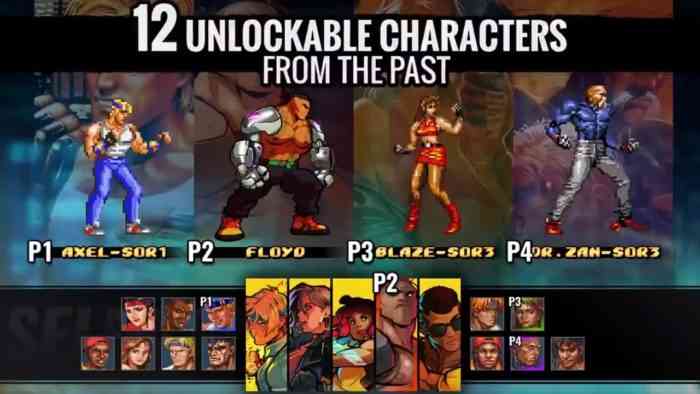 I cannot praise this game’s presentation enough. The art style is that of a comic book come to life. Animations have this phenomenal blend of fluidity and static comic styling. Lighting, shading, it all is lovingly created from the ground up and effectively brings this classic franchise to the modern era in a way that those of us who grew up playing the game can enjoy it with the younger generation. I also simply must touch on the soundtrack for the game which retains its absolutely legendary club music in an unprecedented blend of late 80s styling with modern synth club music which not only suites the gameplay style like a sweaty headband on a martial arts master but it actually plays into the narrative of Streets of Rage 4.

Multiplayer has something here for everybody, with not only the story mode allowing players to help out, but arena battles, boss rush mode, and options for four player free for all and team battle fights. It’s might be easy to disregard Streets of Rage 4 as a simple arcade game but there is so much more here for players to get into and experience a pretty noob friendly entry in the world of beat’em ups. If there was one and only one complaint I would have about the game it is that I would prefer a dedicated grapple button. Streets of Rage 4 follows the arcade model of walking into an enemy to grapple them for a throw but the detection seems a little off and can be hit or miss. 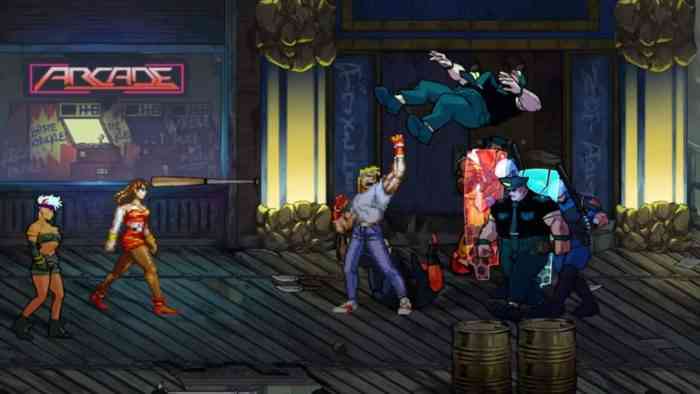 In an era of remakes and remasters, bringing a new entry to a long dormant series is a bold and difficult thing to do. Streets of Rage 4 adds modern stylings to its classic aesthetic and gameplay to create a modern mash-up that is hard to put down. The story mode is a perfect length with a smooth difficulty curve. Controls are easy to learn and natural to master, with the inclusion of plenty of multiplayer options and a large variety of characters to make for some fantastic friendly brawling. While I would have preferred the inclusion of a dedicated grapple button or a dash ability, the experience we get perfectly encapsulates the arcade experience without compromising the integrity of the game or your own skills. 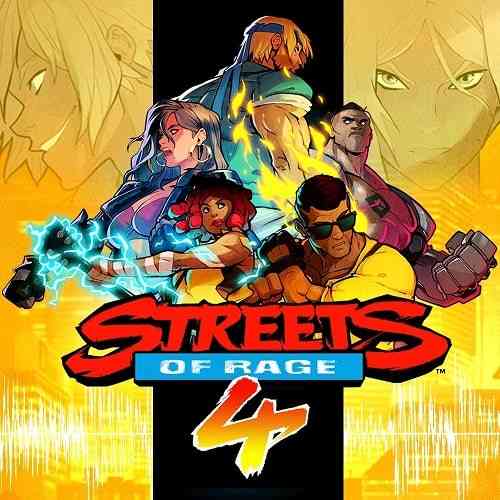 
Sonic Frontiers Still Has a ‘Long Way to Go’