While Final Fantasy 7 is arguably one of the best titles within the JRPG genre, Final Fantasy X / X-2 has certainly made a name for itself as one of the fan favorite classics. Originally released back on the PS2, it had garnered such popularity due to the emotional storyline with a unique and beautiful art style, it was no surprise that we have now seen a remastered edition on the PS3, PS4, Vita and PC. Now with the recent rerelease now on the portable Nintendo Switch, how does such a title fare in between being played while docked or on the go? It fares incredibly well.

Final Fantasy X follows Tidus, a young professional Blitzball player who wakes in the mysterious world of Spira. In order to find out the reason behind being brought to this new world, Tidus joins a host of strong characters who all have a similar goal in defeating Sin. Final Fantasy X-2 is a direct sequel that picks up the story shortly after the events of the first game. Now following the strong-willed Summoner, Yuna, her and her party ventures through the world as treasure hunters, finding clues in the search for Tidus.

Final Fantasy on The Go is a Treat

I never got into this particular series, only having played the first 20 minutes on each title before quietly abandoning it in favour of a different game, but things have changed and now with the option of being able to play it on the go, I’m really beginning to realize why this title and it’s sequel received such high praise. The setting of Spira heavily borrows influence on South Pacific Islands and features beautiful tropical scenery with an interesting magical flair. With new up-scaled textures and updated character models, it gives the game a sense of new life and translates beautifully whether you are playing it docked or on the go. 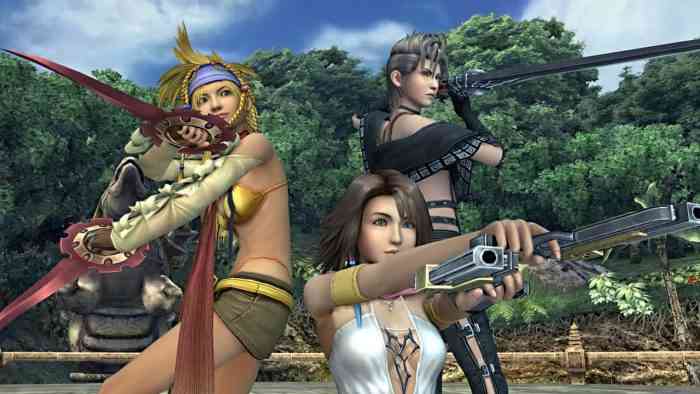 While the games are from the early 2000s, the gameplay elements in both Final Fantasy X and X-2 still holds up very well to this day. With the conventional Turn-Based battle system in FFX, you’ll have the options to swap out your characters mid-battle from your eventual seven character party. And because of the traditional turn-based combat, you’ll be able to better plan and figure out your strategy for battle.

FFX-2 goes back to the classic job classes used in earlier Final Fantasy titles which can be used via Dresspheres and the Garment Grid. This will allow players to change up job types in-game to cover your fighting basis as you’ll only have three active characters in your party at all times. FF X-2 also brings us an Active Time Battle System which will allow Yuna and her party the opportunity to interrupt opponent during their move and chain up some sweet combos but it also allows for the enemy to perform actions during your moves as well. 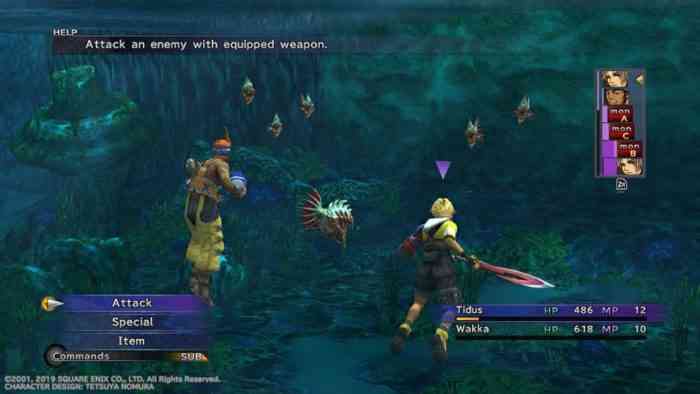 While the games are rapidly reaching their 20th anniversaries, the HD remaster looks absolutely fantastic on the Switch. The updated character models are crisp while the resolution seems sharp. We certainly can’t forget the environments are incredibly lush with incredible little details. While the cinematics is also upscaled to HD, making it simply beautiful and so worth watching. However, there is an immediate pull from the experience and you can really begin to see the games’ age once one of our main heroes begins speaking with an NPC. Witnessing conversations between the bright-eyed and expressive cast compared to the flat and textured facial features of an NPC can be distracting, possibly more so for those who are getting into this series for the first time.

The Nintendo Switch version of this HD Remaster also brings us the Quick Recovery function. A handy little feature that can be found by swiping right on the left-hand side of the screen and allows easy recovery with either using magic or items for the entire party. Unfortunately, if you primarily play while the console is docked, you won’t have access to the feature at all. 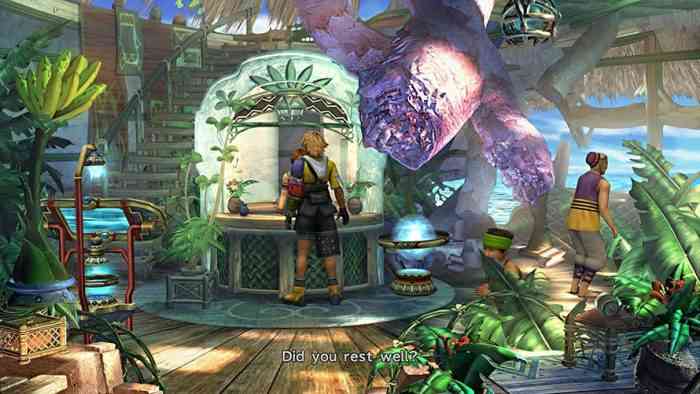 Some very minor issues I had experienced during my gameplay was mostly the fixed camera, especially when trying to explore tight walkways and the voice over syncing with the mouth animations were more often than not just way off. Other than that, the game has been fantastic. It feels wonderful being able to play such a huge title while on the go and not experiencing any noticeable frame drops while exploring or during battles. I was able to play with about a few hours in handheld mode and didn’t notice any significant dips from my battery life.

Final Fantasy X / X-2 is a classic title that is still in the hearts of many and with this HD Remaster, we not only get the 2 core games but also the short film, Eternal Calm, a 30-minute audio drama Final Fantasy X – Wish-, and Final Fantasy X-2’s Last Mission. With an incredible package of games and extra’s, playing through this JRPG epic will last you quite some time and the added bonus of being able to play it on the go or docked is simply fantastic. For those who haven’t checked out the games yet, be sure to pick this one up as it’ll be a great addition to your library. 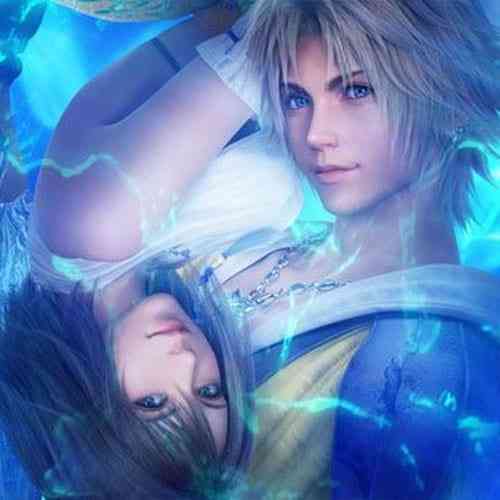