I’m going to be honest, readers. When picking up this review, I had no idea that the Story of Seasons series was actually the Harvest Moon series, with a new name much more accurate to its Japanese name, Bokujō Monogatari. What makes this even more confusing is that Story of Seasons: Friends of Mineral Town isn’t a new entry to the series; instead, it’s a remake of two GameBoy Advance games that were a remake of an original PlayStation game. And what makes things even more confusing is that that Story of Seasons spin-off PS1 game was the first game in the series to be called Harvest Moon in Japan! Madness!

Again, I’m not very familiar with the Story of Seasons series. The only titles I’ve previously played were the original Harvest Moon for the Super Nintendo and Harvest Moon: A Wonderful Life for the GameCube. Both were a long time ago. From what I’ve read, the GameBoy Advance version of Harvest Moon: Friends of Mineral Town is a series favorite that introduced quite a few mechanics that have become series stables. Because it’s the 25th Anniversary of the Story of Seasons series, XSEED Games has decided to celebrate by releasing the remake of this beloved title, for PS4 and Xbox One, for the first time.

Not a lot of Story

For a game with the word “story” in the title, Story of Seasons: Friends of Mineral Town really has no story to tell. You play as a kid who inherits their grandpa’s farm, and you spend your days watching the farm grow while interacting with the surrounding townsfolk. That’s it. I’m a pretty narrative-driven player, and without one, I didn’t feel there was any reason to be satisfied with my growing farm. I know a lot of farm sim fans would say these games are designed for players to zone out and relax and that a narrative isn’t needed for that, but anyone seeking motivation will likely find that Friends of Mineral Town should be renamed to “JRPG Sidequest: The Game.” 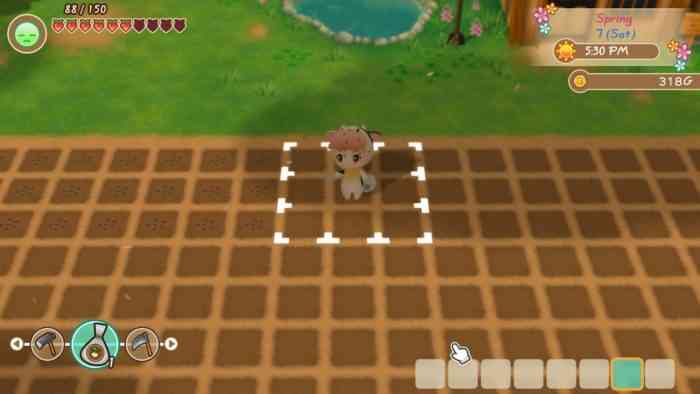 Others might argue that the story in Story of Seasons: Friends of Mineral Town comes from the player’s interactions with the various townsfolk scattering the village just outside the farm. It is true that if you talk to every villager every day, you will find out more about their lives. With more conversation comes more connection, and eventually, even romantic relationships can blossom with a healthy amount of gift-giving. But aside from a potential marriage, there’s no gameplay bonus to be gained from talking to these characters; no Persona-like stat increases or anything. If the characters had interesting stories to tell or unique dialogue to read, talking to them might provide its own motivation, but the character’s stories are all boring, and all the dialogue is flat, robotic, and without feeling.

Aside from walking around town, talking to NPCs, and building connections, the main gameplay comes from tending your new farm. This is the dream-come-true gameplay for players who wanted more bush cutting in The Legend of Zelda: A Link to the Past. It’s all busywork; there’s no threat or challenge. There is a bit of stamina management, where an overworked and under-slept farmer won’t function as well the following day. Still, because there’s no long-term pressure on the player to finish in a certain amount of time, it’s just a rinse and repeat of doing the same things over and over. Friends of Mineral Town does do very well by introducing the gameplay mechanics in a clear way that doesn’t overwhelm this inexperienced player. 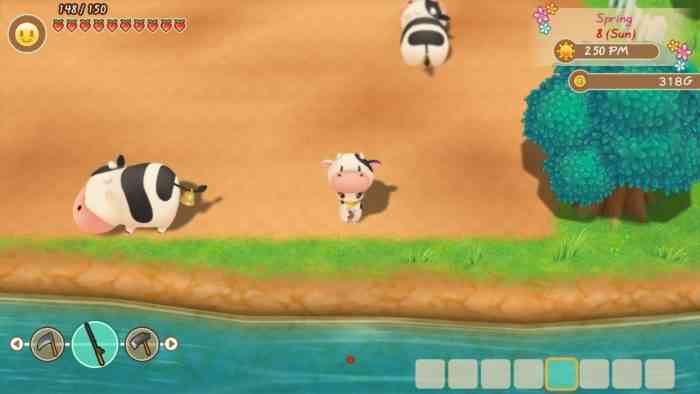 Something that many old-school top-down games are guilty of is having a camera that is too zoomed-in, and Story of Seasons: Friends of Mineral Town is very guilty of that. It took me a long time to get my bearings in the very tiny town in which the entire game takes place. Thankfully there is an in-game map, but I was switching to it way too often.

In fact, I found the visuals overall to be very unappealing. GameBoy Advance pixel graphics have aged very well, and unfortunately, the graphical “upgrade” Friends of Mineral Town got was a generic 3D one. Everything looks bland and unimpressive. There’s no attempt to do anything interesting like The Legend Of Zelda: Link’s Awakening did on the Switch. All the character models are Mii-like chibi people, and the level of detail looks like something undeveloped in the Evoland games. The graphics are sharp, and the game runs smoothly, but it just has no visual pizazz. And the music is good generic JRPG town music, but it doesn’t change much, and if I weren’t reviewing the game, I would have been listening to my own tunes while playing.

I feel like I will get some backlash for this, but I did not enjoy my time with Story of Seasons: Friends of Mineral Town. I am not usually a fan of the farm sim genre, but I can tell other non-fans that this is not the game that will get them into it. It is a remake of a 22-year-old game, and for that, it gets credit for helping build this niche genre and for having little to build upon. But there are other options out there. Stardew Valley has trampled the Story of Seasons series under its hoof, and the Persona series has made the day-to-day grind exciting and meaningful. But if you love farm sims and you’re looking for a simpler, more relaxing alternative to Stardew Valley, Story of Seasons: Friends of Mineral Town will undoubtedly provide you with hours upon hours of content. For a perspective from a series fan, check out our review of the Switch version, where Haley gave it a 70. 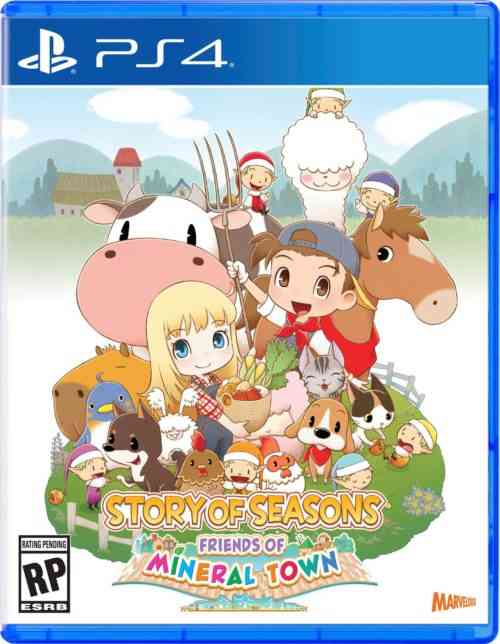 Neptunia x SENRAN KAGURA: Ninja Wars is a Delightful Crossover
Next The Good Life Review – Life Is Good, But it Could Be Better
Previous EA Sports NHL 22 Review – Double Minor