The Good Life Review – Life Is Good, But it Could Be Better

The creator of the Deadly Premonition series, SWERY is back. This time, we are playing a game of his called The Good Life. It is a story about a photojournalist named Naomi Hayward, who has moved to an English town called Rainy Woods to uncover its secrets, a job that will clear her of her massive debt.

Naomi quickly finds that the citizens of Rainy Woods all turn into cats and dogs on the nights of a full moon. She herself also gains the ability to transform into a feline and a canine. If that wasn’t enough of a big scoop for the photojournalist, she also happens upon a gruesome murder, which she takes upon herself to solve. 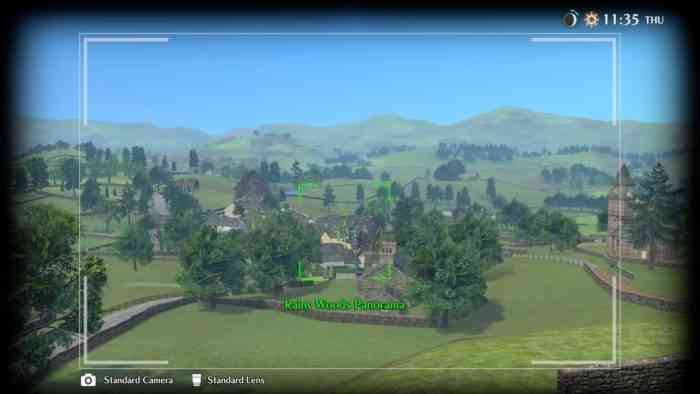 The game is self-described as a “Debt Repayment RPG”. While the narrative context of Naomi’s reason for going to Rainy Woods is her debt, there is no actual repayment mechanic. You make money, you deposit/withdraw money, and you spend it. A good chunk of your income will come from side missions, but there is also a social media platform called Flamingo, where Naomi can post photos she takes and get paid for views. It’s as simple as that right?

It seems that everything in the game costs money. There are the practical expenses, such as upgrading your cameras and lenses, but are also basic living expenses. As Naomi adventures, she can take damage, get hungry, and even suffer debilitating injuries and illnesses, all of which can be pretty expensive liabilities.

What is pretty annoying is that the game kind of punishes players for exploring. It costs Naomi money to open paths around Rainy Woods, open campsites for prepping meals and resting overnight, and activating Shrines for fast travel. The fast travel Shrines also cost money to use each time. The map is also really big, so unlocking these things that make the game more playable will actually cost you a lot of money.

There are also a bunch of merchants with various wares. There is one for making materials, one for making clothes, and a few for serving food and drink. With the exception of a lot of the meals, you actually have to bring these merchants raw materials for their products before you buy them. Gathering and fetching, unfortunately, is something you will find yourself doing for almost all of the missions and side missions.

The big gameplay feature is Naomi’s ability to transform. She has her human, dog, and cat forms, each with different abilities and uses. As a human, Naomi can talk to people, interact with people objects, and use her camera to take pictures. As a cat, she can jump higher than her other forms, scale certain surfaces, and rush small animals and kill them for their resources. As a dog, she can dig through trashcans for resources, tame sheep by barking, and mark her territory on various spots around the map.

Despite all the activities, opportunities, and missions, there are no gameplay mechanics or elements that are remotely fun. Like I said, the majority of time spent playing will involve running from place to place, gathering items. Unfortunately, this process is tedious and feels like an excuse to get the most out of the unnecessarily large map.

To fully explore the map, you will want to tame a sheep and make it your steed, or Shteed. This will make trekking around much faster. There is a trade-off though, at least on Nintendo Switch. The game suffers quite a bit from stuttering and frame drops, especially when Naomi is moving at high speeds or the surrounding area is populated with a bunch of animals and other models. 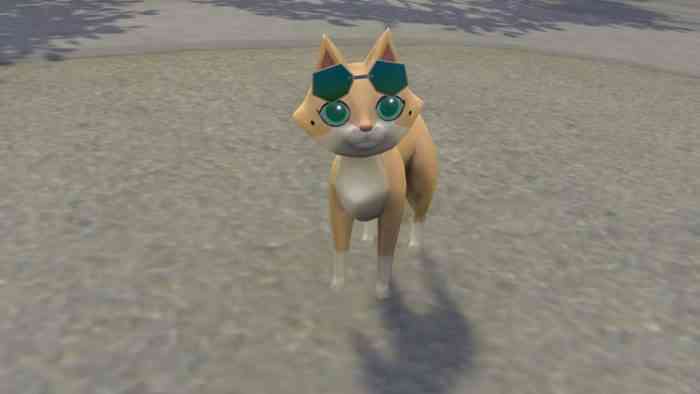 I will say that Rainy Woods is full of colorful, charming, and quirky characters. Everyone seems to have their own unique personality and traits. The character design is very cartoon-y and over the top, which lends itself to the quirky nature of the townspeople. Naomi herself is arrogant, rude, but ambitious. She often makes comments about how all her missions are fetch quests like some crappy RPG. It sounds like a self-aware joke, but it’s really just true.

As loveable as the characters are, the voice acting is kind of mediocre. All the voiced characters have accents originating from England, Scotland, and Ireland, but they sound more like caricatures than believable people. While only some of the cutscenes are voiced, the dialogue boxes and actions are often punctuated with sound bytes, such as Naomi saying “Goddamn Hellhole!” or “Yeah, baby!” This does get annoying after a while since Naomi will shout “Yeah, baby!” every time you charge while riding the sheep, which is often.

The music on the other hand is quite good. For some reason, Dance of the Sugar Plum Fairy plays sometimes. A lot of the time there is no music, such as when running around on foot, as a dog, or as a cat, but when riding your sheep steed, the music is very lively. At least you’ve got a good tune to listen to while riding around the English countryside.

There is a ton of stuff to do in The Good Life, even multiple main storylines to pursue. Unfortunately, completing them and fulfilling the side missions is not very fun. Between the constant back and forth across the huge map and the fetch quests, I feel that more in-depth gameplay features would really help me enjoy this game. 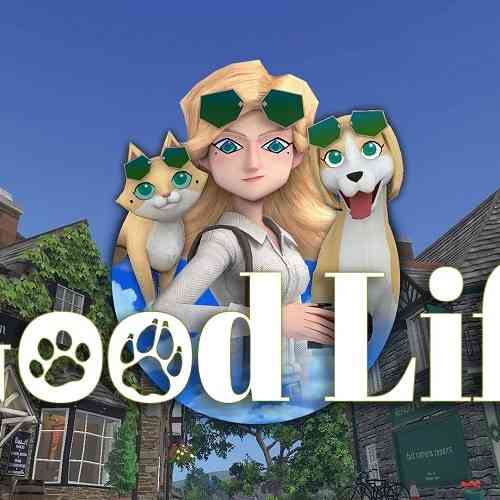 
Bright Memory: Infinite Will Release On Consoles In Late July

Deadly Premonition 2: A Blessing in Disguise Finally Arrives on PC

The Three Best (and Worst) Video Games from October 2021