The Dark Pictures Anthology: House of Ashes Review – What Lies Beneath

Wes Craven, Alfred Hitchcock and John Carpenter are synonymous with the horror genre. Conventions established in their movies have seeped into countless others, helping to build the foundations for modern examples. Since 2015, Supermassive Games have successfully merged mediums, creating interactive horrors inspired by the dark and demented history of the genre. Each release in The Dark Pictures Anthology has been unique, exploring different psychological fears to tell an immersive and original story. After Man of Medan’s nautical thriller and Little Hope’s witchcraft epic, the series aims to tread new ground with House of Ashes.

Differentiating itself from previous entries in the franchise, House of Ashes leaves the confines of America for the Middle East. Set during the Iraq War in 2003, you control several soldiers who are tasked to find Saddam’s chemical research facility. Whilst on a mission, things go awry resulting in a firefight. As bullets fly in every direction, the ground begins to shudder, eventually breaking and engulfing soldiers from each side. Dazed and confused, the protagonists find themselves in the midst of a lost Mesopotamian temple that houses a pack of demonic creatures.

Supermassive Games have expertly crafted an environment that embellishes the enormity of Mesopotamian structures whilst countering with claustrophobic corridors to create an overwhelming feeling of unease. Each area is slashed with shadows adding a constant sense of threat that forces you to question the safety of the path ahead. The festering feeling of uncertainty is accentuated with the game’s incredible use of cinematography. Shots peer from behind man-made, ancient structures creating moments of dread. The DNA of Ridley Scott’s Alien and John McTiernan’s Predator is evident in the game with camera angles and sequences that pay homage to the classic monster movies. Chase sequences switch between the panic-ridden leading characters to the point-of-view of ungodly monstrosities in sweat-inducing cinematic segments. 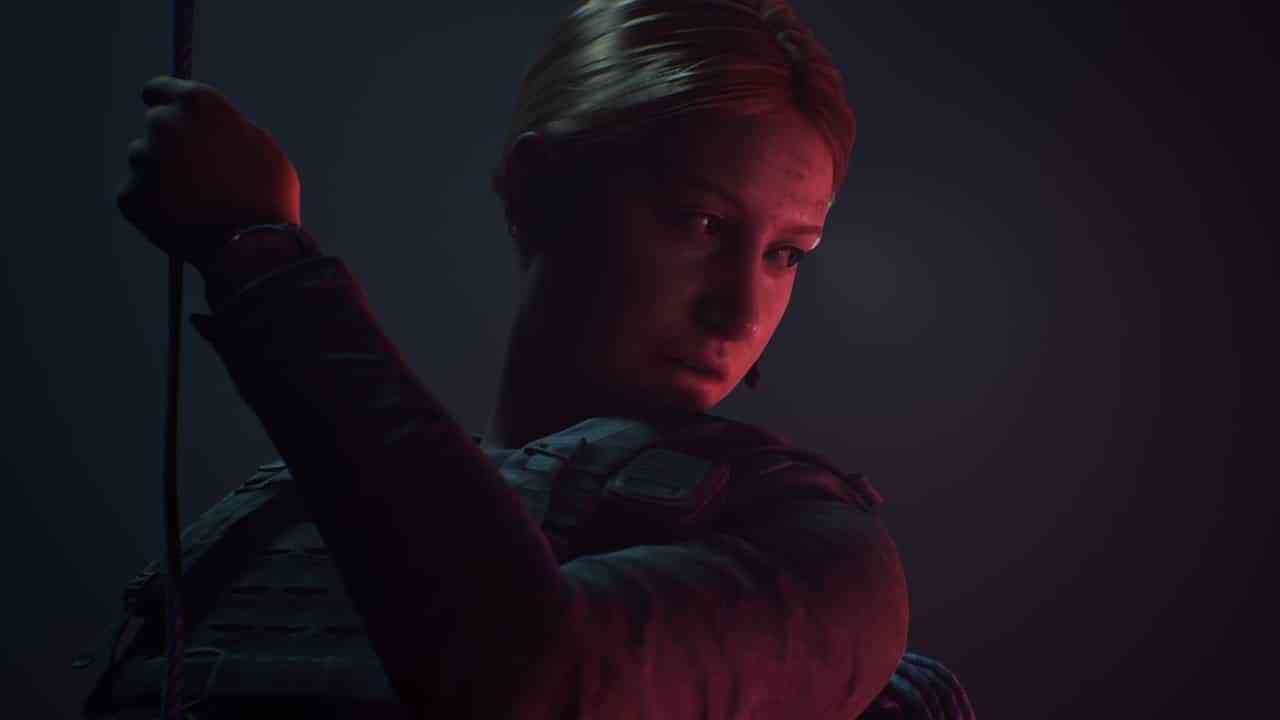 Protagonists are much more rounded compared to previous releases, offering interesting backstories. Whilst they still lean heavily on stereotypes featured in war-based media, Supermassive Games have tried to tie in real-life drama to humanize the characters. One sub-story focuses on a love triangle that offers moral dilemmas whereas another explores the reluctant soldier who is forced into a life of combat in order to support his family. The antagonist, however, is arguably the most important figure in horror and this is where the game excels. Whilst monster movie tropes do linger, the bloodthirsty creatures are masterfully implemented. Sudden movements and close-up shots of their talons help to build suspense. Low clicking that can be heard echoing throughout the caverns, act as a permanent reminder of your fragile position. The mystery surrounding the beast is emphasized due to the shot types and angles for the snippets they’re on-screen. Although the pacing and atmosphere are brilliant throughout, the final third of the narrative fails to deliver which is disappointing.

The Dark Pictures trilogy gives you the ability to shape the story by allowing you to decide the life and fate of the characters. Throughout, you will need to decide how people respond to one another altering their relationship. Dialogue choices impact the narrative with particular decisions having repercussions. Visiting the pause menu will give you a breakdown of how your interactions affect others. This gives a great incentive to replay the story to see how you can alter the narrative. 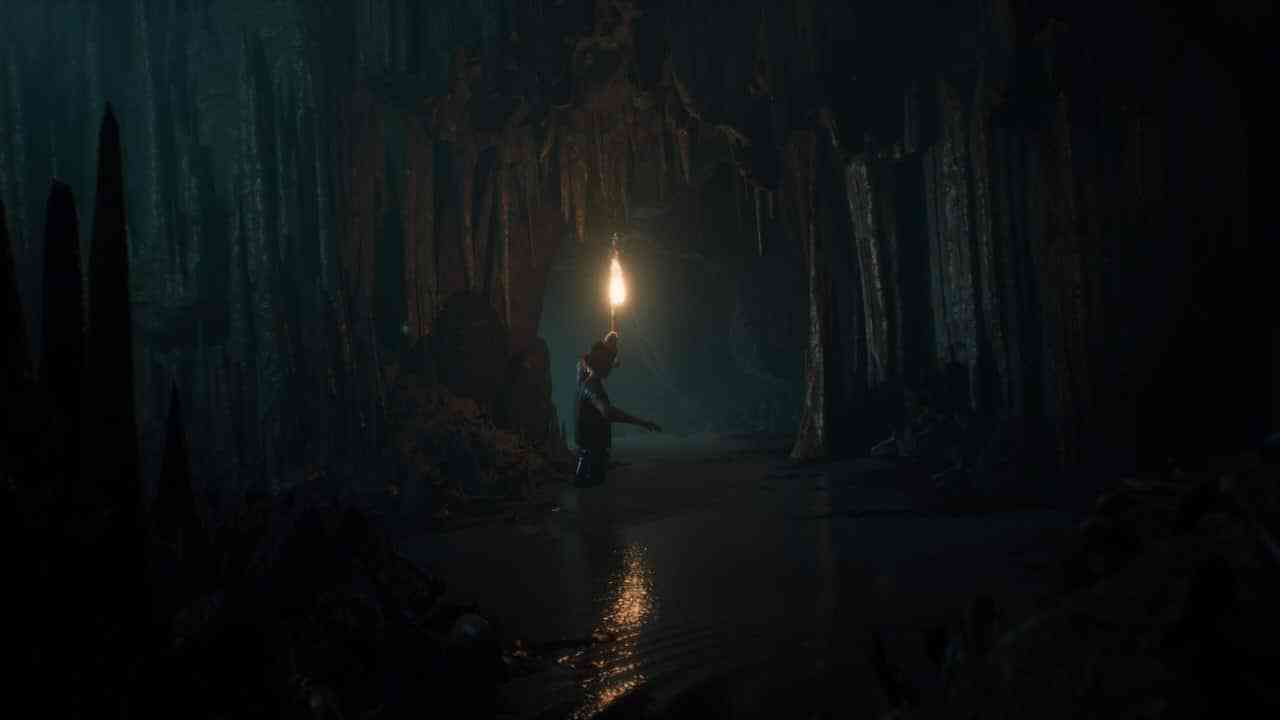 Pivotal points are often accompanied by quick-time events. Due to the war-based setting of House of Ashes, these are more frequent and dynamic than its predecessors. Failing these segments can alter the path of the story but not necessarily for the worse. Due to this, you will need to quickly consider every action as their consequences may have a lasting effect. If you struggle with QTEs then no need to worry, new to the franchise is the ability to alter the difficulty. With three options available, you can further personalize your experience.

Supermassive Games has decided to drop the static camera and give you full control. Whilst this aids exploration, the intimate camera angle, combined with tight corridors, makes these moments feel a little clumsy. When investigating, you’ll discover letters, journal entries and more which gives insight into the origins of the creatures and the area in which they inhabit. This helps to build a wider picture of the ancient civilization and the history of the archaeologists who have visited the temple. Particular items will give a premonition about possible events. These clues point to an outcome for one of the protagonists. With this knowledge, you can attempt to change events in order to avoid the fatal conclusion, however, this is easier said than done.

Traditionally a single-player experience, Supermassive Games has implemented elements for you to play with others. You are encouraged to share the scares locally or online. In multiplayer, you’ll tackle scenarios from another point of view, fleshing out the narrative. If you’d prefer to just stick to solo run-throughs, you’ll unlock the curator cut after your first experience, which includes all the extras.

The Dark Pictures Anthology: House of Ashes is a unique tale from the crypt of Supermassive Games. The intriguing premise and methodical pacing help to build an overwhelming sense of trepidation, making you question what lies in the myriad of breathing shadows. Although the final third lacks the ambition and ingenuity of its early segments, it’s another great example and celebration of the horror genre.

*** A PlayStation 5 game code provided by the publisher ***

• The final third
• Still a little clunky
• Leans on tropes 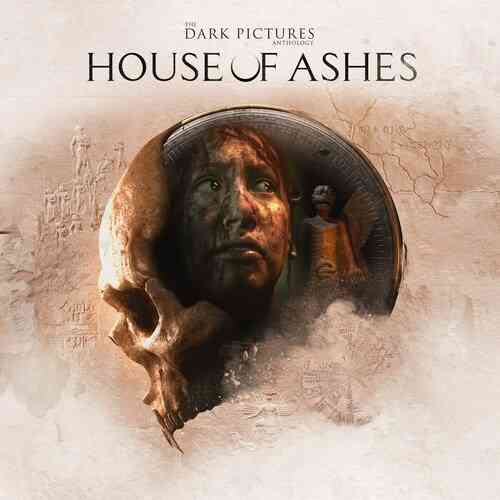 The Dark Pictures Anthology Friends Pass Returns
Next Tails of Iron Review – Rat on Frog Action
Previous The Good Life Review – Life Is Good, But it Could Be Better