The Inpatient Review – A Lackluster Entry in the Until Dawn Mythos

In 2015, Supermassive Games delivered an exceptional character driven horror game with an outcome determined by your own decisions in Until Dawn. It undeniably bore its imperfections but managed to establish itself as one of my favorite titles of that year. After an excruciating three year hiatus from the franchise (aside from Rush of Blood), the follow-up I’d been awaiting finally arrived in the form of The Inpatient. Sadly, this entry into the Until Dawn canon fails to live up to expectations as it stands inferior to its predecessor with flawed gameplay and a less than compelling narrative.

The Inpatient is a prequel covering events that occurred at The Blackwood Pines Sanatarium sixty-two years prior to the weekend getaway in Until Dawn. You Inhabit the role of a patient suffering from a strong case of dementia and find yourself confined to a dingy cell. Similar to countless other tales involving insane asylums, the game opens with an interrogation led by the head doctor, Bragg, asking what you remember.

For the first twenty minutes or so, I was genuinely interested in the mystery that was bound to unfold. Who am I? Why am I here? Generic asylum tropes, sure, but it’s not every day you experience a story of this caliber in VR. I was determined to fully immerse myself in the role. Unfortunately, it never manages to deliver any sort of interesting conclusion and the journey to reaching it is choppy and convoluted. I’m not at all opposed to stories lacking transparency; especially when playing as a character suffering from dementia. However, the predictable answers to who you are and the events that unfold aren’t particularly satisfying. 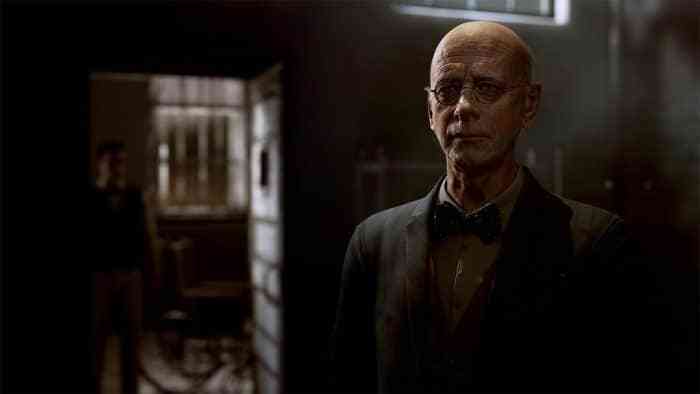 Though the performances are all top-notch, the characters you encounter throughout your journey lack development. In turn, I never cared for a single one of them. It’s disappointing when comparing The Inpatient’s characters to those of Until Dawn. I grew to care deeply about the fate of characters in Dawn and felt the impact of every decision I made. Speaking of which, the famous Butterfly Effect decisions are back in a diminished fashion.  Many of Until Dawn’s decisions revolved around timers and quick time events, all of which got my adrenaline pumping. Decisions in The Inpatient limit you to two options based exclusively on dialogue. In a story that unfolds at the pace of a turtle, the dialogue based decisions were a major drag and I didn’t feel the consequences of a single one of them. Thankfully, I finished the game in just over three hours, which was the first time in awhile that I’d been happy to see the credits roll. The narrative isn’t a failure by any stretch of the imagination as it does manage to tie directly into Until Dawn: It just isn’t all that compelling and I don’t feel the urge to play through it again.

“Though The Inpatient shines in a few areas, it falls short of what made Until Dawn one of finest horror games of this generation.”

Gameplay, on the other hand, definitely doesn’t help the situation. I adore PlayStation VR and have high hopes for the catalog of games that Sony’s bringing to the platform in 2018 and beyond. Sadly, The Impatient is one of the weaker experiences in the lineup. Visually, the game holds its own against other top-notch PSVR compatible titles like Resident Evil VII and Super Hot. In contrast to those gems, the controls in The Inpatient are a clunky mess. You have the option of using two PlayStation Move controllers or your standard Dualshock 4.

I spent the first half of the game with the Moves and the other with the Dualshock. When well developed, VR titles enabling you to manipulate your environment with the Move controllers can heavily contribute to the overall immersion. The Inpatient struggles to deliver on that promise with awkward locomotion and interaction. Picking up items and turning door handles is finicky and traversing in any direction besides directly forward feels incredibly stiff. By the time I decided to switch to the Dualshock, I’d been looking forward to the relaxation I presumed would coincide with using it. Sadly, the controller doesn’t offer much relief. It’s easier to change direction with the sticks, but you’re still forced to interact with your surroundings using motion controls. From using your flashlight to pressing elevator buttons, the motion controls hinder the experience as much as the Move controllers. Additionally, voice recognition is included that enables you to answer questions by reciting lines of dialogue. It was an enjoyable feature for a time but I quickly grew tired of it and began responding with the press of a button. Also, it didn’t help when I had to yell at my PlayStation camera on multiple occasions in order for the responses to register. 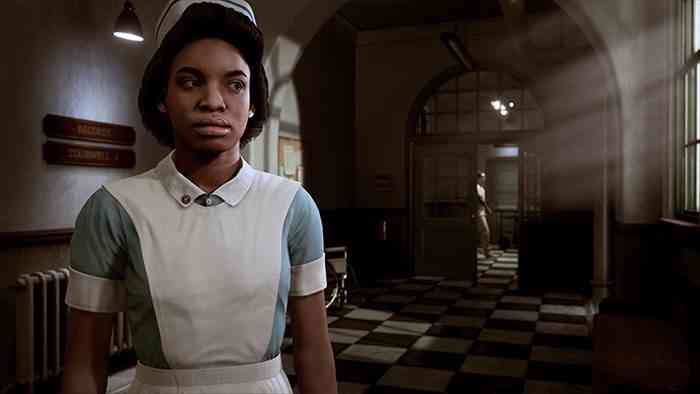 In addition to the controls, the gameplay itself is a total bore. It’s essentially a glorified walking simulator featuring moments of phycological horror. You never exceed the pace of a leisurely stroll, and by the time the action kicks in you’re confined to watching it occur rather than being in direct control of it. I don’t need every horror game to be an action-packed thrill ride. In fact, I invite harrowing tales with a slow pace supported by strong characters. But on top of the weak cast and lack of impact based on my decisions, the gameplay was a major drag from start to finish. Despite traversing at snail speed, the game does encourage exploration and rewards you for doing so. Peppered throughout each area are tidbits that reveal more about your character and the events that transpired leading up the Sanitarium’s demise. The vague exposition is delivered through a series of visions that chronicle your memories. They manage to fill in a few gaps but are ultimately uninteresting.

Aside from the poor narrative and gameplay, there are some stellar qualities of the game. As aforementioned, the graphics are strong for a VR title and they’re enhanced by exceptional sound design. Throughout the more suspenseful segments of the game, I was entirely on edge due to eerie, atmospheric sounds echoing all around me. From distant screeches to nearby shuffling, every sound contributes heavily to the immersion. The physiological horror sequences are especially spine-tingling in the beginning but begin to dwindle toward the conclusion. It’s unfortunate, however, that The Inpatient’s stronger moments are hindered by the awkward breaks that constantly occur throughout gameplay. The Transitions in and out of certain dialogue segments and memory visions, specifically, are slow and totally break the immersion. 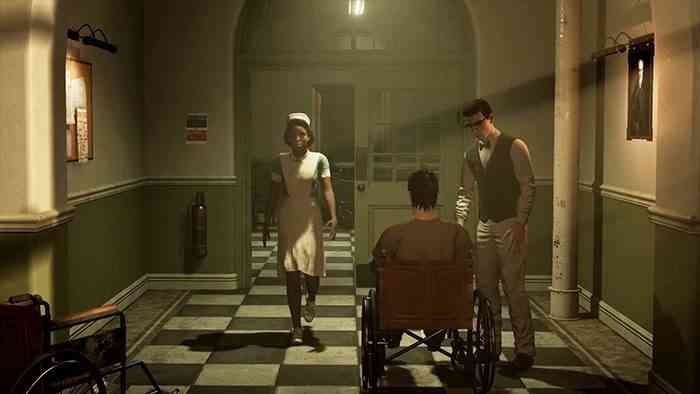 Though The Inpatient shines in a few areas, it falls short of what made Until Dawn one of finest horror games of this generation. I greatly admire and appreciate Supermassive’s intention with the direction of the game, but it’s far from the continuation I was hoping for. Between story and gameplay, it feels predominately sluggish and doesn’t benefit in VR. Here’s to hoping we receive a true sequel to Until Dawn down the road. 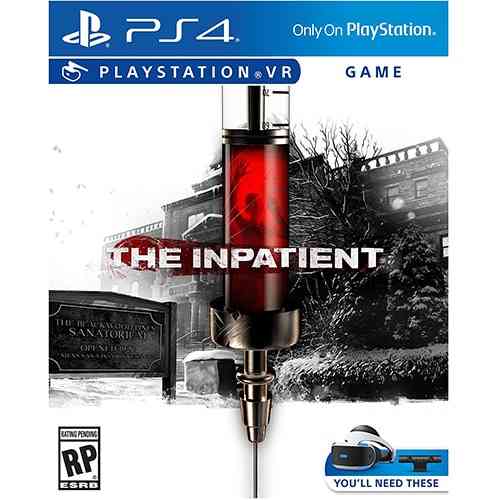