Kirby has had some pretty epic adventures on the 3DS, Kirby Battle Royale is not one of them. While Kirby Battle Royale does feature a single player, story mode, the actual gameplay is simply a collection of multiplayer-centric mini-games. It might not be terrible, but it’s definitely not up to par with recent Kirby outings like Kirby: Planet Robobot. Will this Kirby game deserve a space in your collection? Stick around and find out.

In Kirby Battle Royale’s “Story Mode”, you’ll play as Kirby alongside your friend, and frequent teammate, Bandana Waddle Dee in the Cake Royale tournament created by the menacing King Dedede. The prize? A delicious cake hence the tournament’s name, of course! You’ll compete in various battles that earn you points which will unlock more challenging leagues and provide access to new Kirby variants, such as Doctor Kirby and Whip Kirby. Once you get to the Platinum league, you’ll be introduced to Boosts, which give you various, albeit temporary, advantages. 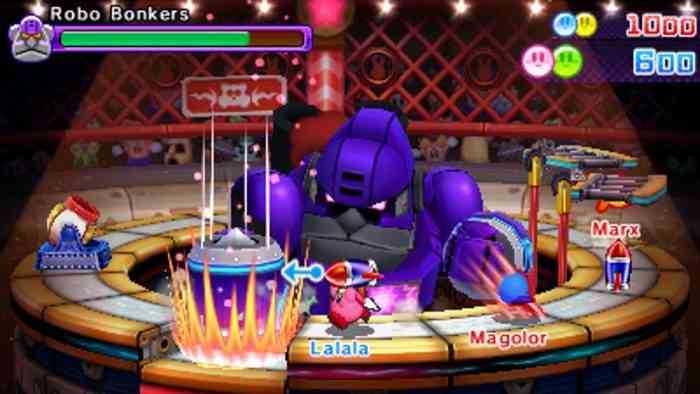 In addition to Story Mode, Kirby Battle Royale also features Battle Mode and Online Mode. At first glance, it seems like you’re getting quite a bit of content. After a few hours of play, you’ll soon realize that this is hardly the case at all. All three modes feature the same 10 battle mini-games. Most of the mini-games feature a few variants, but they’re just minor adjustments to the arenas and only provide a bit of extra variety. The mini-games aren’t terrible, some of them are actually quite fun, but you’ll be replaying them so frequently that they lose their charm fast. My personal favorites were Coin Clash, Rocket Rumble, and the air-hockey inspired Slam Hockey.

Playing online or local (Battle Mode) is pretty much the exact same experience. Local does allow you to play against three other local players, even if they don’t have the game, via download play. It’s a neutered version of the game – they won’t get access to all the different Kirby variants – but it does the trick. My experience with online mode seemed fine and I didn’t notice any issues with lag.

“If you have multiple family members who like sharing games, they’ll all be playing off the same profile”

There are a couple of nice touches to Kirby Battle Royale. You can use any Kirby series amiibo to unlock special outfits, which you can use to tweak your multiplayer Kirby. The game has a decent “Collection” menu which includes the ability to listen to the soundtrack. Within the Collection menu is a “Medals” section that provides all sorts of challenges you can work towards throughout the game (think Achievements or Trophies). However, there is one aspect of Kirby Battle Royale that was just stupid; there is only one save file built into the game. If you have multiple family members who like sharing games, they’ll all be playing off the same profile – meaning the same Story Mode progress, same multiplayer stats, and same unlocked Medals. It’s absolutely absurd that in this day and age, Nintendo couldn’t maintain the save file on the actual 3DS or at least offer multiple save spaces on the game card. 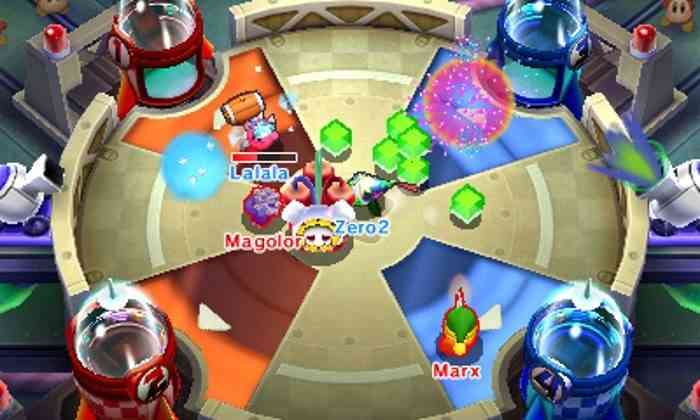 Kirby Battle Royale is a very difficult game to recommend. First of all, there is not a lot of content here. You’ll essentially be playing the same 10 mini-games over and over again. There are some variations, and you’ll be able to use different Kirby’s and boosts to change things up, but ultimately there is a ton of repetition. Having only one save space is absurd, especially for families with multiple gamers, but at least there’s a decent download play option for local multiplayer. There is amiibo support, but it’s pretty minimal. And oddly enough, this is yet another 3DS game with no 3D effect. This should have been a cheaper, downloadable title, rather than a full-priced retail release. Younger fans might find the repetition less tedious, but the rest of us will be better off playing older Kirby games.

***Kirby Battle Royale for the 3DS was provided by publisher*** 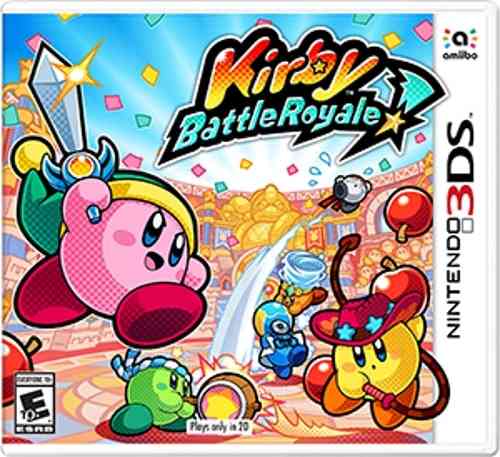 Fatal Frame Director on Further Remasters: ‘I’d Like to Consider This’
Next Out of Ammo PSVR Review – Blocky Battlefield Fun
Previous The Inpatient Review – A Lackluster Entry in the Until Dawn Mythos