I admit it, I’m one of those weird people who really like rats. In fact, I don’t think there’s been a time over the past two decades when I haven’t had at least two. They’re smart, adorable, affectionate and fascinating critters. They can be altruistic, they enjoy roughhousing, learning tricks and even have a form of laughter, but sadly, they’re far too short lived. Now, I’ve never gone so far as to dress my rats in armor or battle gear, but thanks to Tails of Iron, I won’t have to. Also, my favorite Warhammer faction is, you guessed it, the Skaven.

Tails of Iron is a 2D action RPG very much in the Soulslike genre. You play as a fledgling rat prince named Redgi who has to save the kingdom after his father, King Rattus, is slain by the evil Frogspawn, who have emerged after a long hiatus to bring destruction upon the peace-loving rats. It’s an odd take on biology, to be sure, as I don’t believe that rats and frogs possess a naturally antagonistic relationship. We’ll let it pass. Frogs don’t generally have a mouth full of canine teeth, either. 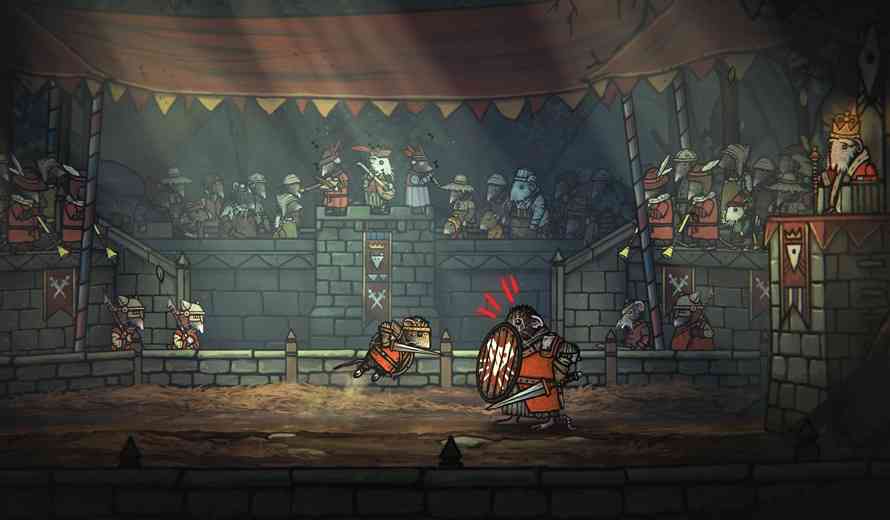 In any case, your task is basically to fulfill a series of missions and side quests that mostly involve rescuing your fellow rats and/or ridding the kingdom of the Frogs as you learn to be a leader worthy of your father’s legacy. If you’ve played a Dark Souls-inspired game, you can probably guess at many of Tails of Iron’s mechanics. You have a very large arsenal of potential weapons, you have a shield, you have healing juice and places to rest and save your progress. Like Dark Souls, your encumbrance impacts your rolls and dodges, and weapons like two handed swords are slower but more powerful, but unlike in most ARPGs, you don’t need to keep your eye on a stamina bar. Enemies helpfully telescope their attacks with colored sparks, allowing you to plan your defense and block, roll or parry. The timing takes some getting used to, but this hint system goes a long way to making the pretty challenging combat less frustrating than it otherwise might be. Given the 2D nature of the game, combat has a surprising amount of weight and impact and is very satisfying. Some of the boss fights are a bit annoying, mostly thanks to the cramped arenas in which they take place.  It’s not just the Frogspawn that Redgi fights, but a large collection of their flying and crawling insect allies. 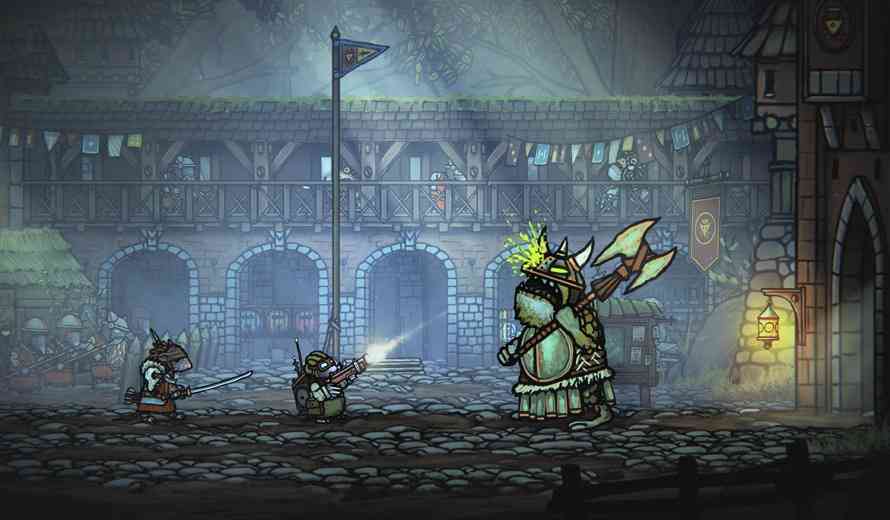 Tails of Iron has enjoyable and engaging combat, crafting systems, recipes and cooking and many other side activities to earn gold, armor and weapons, but the game’s presentation is equally distinctive and outstanding. Its art style is like a medieval children’s book come to life, every frame crowded with wit and clever touches, like the speech bubbles that use images to convey their intent instead of language. Redgi and his fellow tribe of rodents have warmth and character, and the Frogspawn are menacing and monstrous, if only vaguely frog-like. Part way through the game you discover and meet an entirely different and far less bucolic culture, that of the moles and their underground machinery. Whether or not this is a pointed commentary on the industrial revolution, the mole and rat cultures are handled with imagination that balances with the combat, so that Tails of Iron feels like a real story and not just an excuse to imitate Dark Souls mechanics yet again.

While the characters themselves are not voice acted, the story is intoned by Doug Cockle, the stentorian gravel voice actor behind The Witcher 3. The story reads like a sophisticated fairy tale, and it is underscored with a faux-medieval score that also cleverly uses squeaks and little motifs on the recorder as voices. 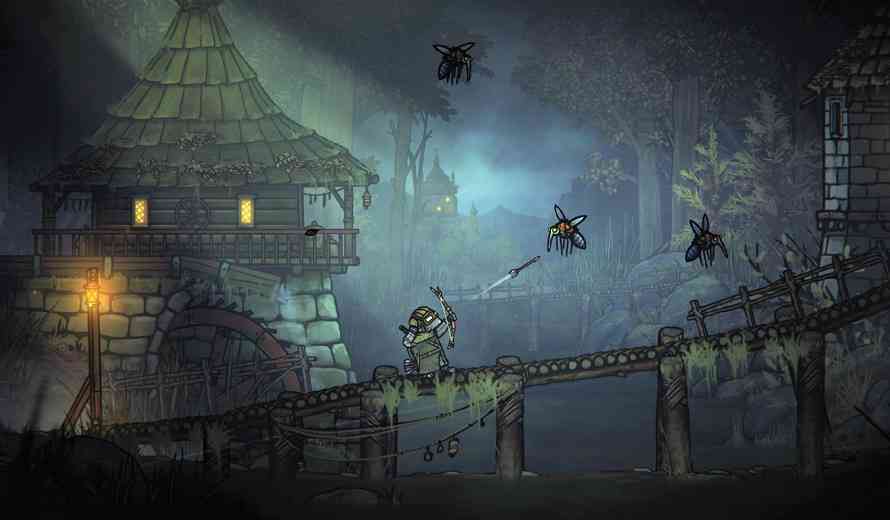 Thanks to its enchanting art, well written story, heroic rodents and satisfying combat throughout, Tails of Iron stands apart from the seemingly endless wave of Soulslike ARPGs. It modifies the combat formula just enough to make it interesting and couples it with characters that are full of warmth and wit, battling forces that are competent yet fairly matched foes. Not every task and mission is equally interesting and some of Tails’ movement mechanics feel slightly unresponsive, but those are small dings against an otherwise very enjoyable rat-centric game, and we don’t have nearly enough of those.

• Too many similar weapons
• Some busywork missions