As a long-time, real-time strategy fan, I played the hell out of Age of Empires II back in the day, spending hundreds of hours skirmishing against the computer or online with human opponents. Along with StarCraft, released one year earlier, it was in constant rotation on my gaming playlist. Of course, over time and thanks to other games, I shelved AoE II but returned to it with a passion when the Definitive Edition appeared in 2017, reminding me just how great that the now 22 year-old-game could be. Age of Empires II was a masterpiece and has continued to be supported, expanded, and gussied up, with new 4K graphics, new campaigns, and new civilizations to play. Now we have Age of Empires IV, which seems determined to kindle our nostalgia for the earlier title while trying to feel contemporary, relevant, and forward-facing. In most ways, it does just those things.

In crafting Age of Empires II, developer Relic decided to largely ignore the look at feel of Age of Empires III, which, to be fair, was an excellent game but not nearly as warmly embraced by the RTS community…or at least by me, to be honest. While the new game has sharp and detailed graphics with an increased ability to zoom in closer to the action, to the casual observer, its overall appearance is very similar to the AoE II Definitive edition. Of course, like the earlier games, Age IV does an incredible job of using art and stylized architecture to define its eight starting civilizations, and it’s clear that a considerable amount of historical research has gone into making structures and units both distinctive for the player to recognize from afar as well as being period accurate. The new UI, however, is less impressive. It’s simple, corporate, and clean, to be sure, but lacking the little touches of design that worked so well in AoE II. That said, it’s far better than the screen stealing UI of AoE III. 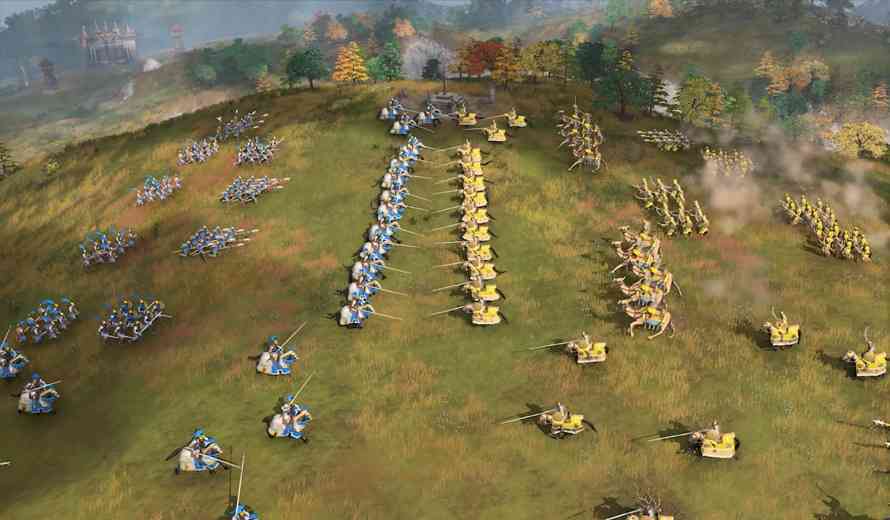 Maybe the most impressive and new aspect of Age of Empires IV is its single-player campaigns, which begin in 1066 with the Norman Conquest and move to Europe for the 100 Years War, then to Russia, and finally to Eurasia for the Mongol Empire. The documentary morphs into in-game missions and objectives consisting of History Channel-like documentary videos and actual locations overlayed with computer animation. The campaigns have knockout production values, music, and voiceover narration and do an excellent job of placing the varied missions in context. The mission objectives themselves are similar to those of past campaigns, but the documentary framing really brings them to life, and the use of heroes adds helpful, new mechanics and a focus on real history.

Where Age of Empires III moved players through the 16th to 19th centuries, Age IV mirrors the second game by returning new civilizations to the 11th century. For this new game, Age of Empires cops a move from the Civilization playbook by having a building requirement to advance the player’s civilization to a new age. At each juncture, players will choose from a pair of major building projects, called landmarks, that will influence and bolster the direction of the civ in the next era. In addition to making the leap in time and architecture obvious, the new mechanic changes the flow of gameplay through the four ages.

Deja Vu All Over Again

Mechanically, players of past games will have no problem diving right into Age of Empires IV, and games feel entirely familiar in a perfect way. While there a subtle and effective changes to unit animations, they sometimes move less than elegantly and still can have pathfinding issues when walls or scenery block direct progress. Structures for all the civilizations look great, with lots of little touches of detail and animation that bring them to life. The sound design remains excellent, both in the environmental audio, combat effects, and snippets of language coming from the population as they go about their tasks. 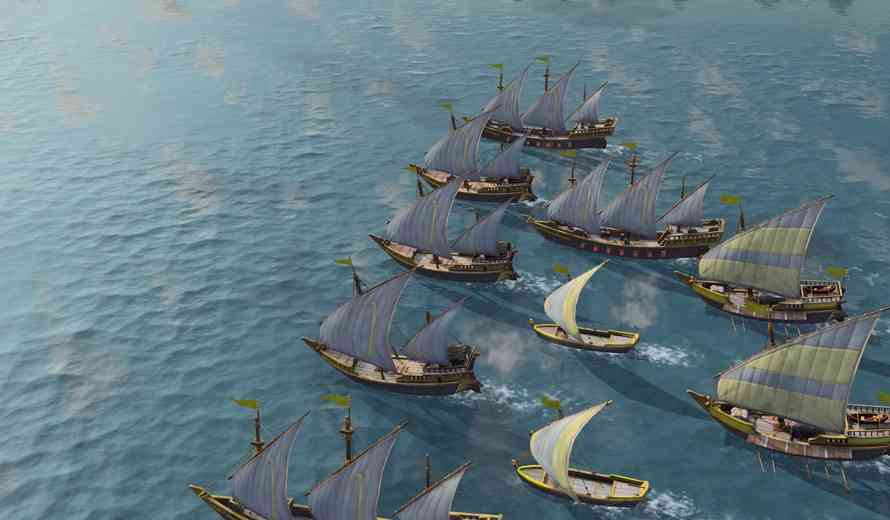 There are lots of little visual touches and mechanical improvements that remind us that this is a new game, including new ways of selecting and grouping units and very cool, time-lapse animations that are part of building a wonder or large structure. In other ways, Age of Empires IV feels very much like past games Buildings are still placed on a grid system. There is still a population cap of 200, which made sense in the days of slow processors and GPUs but not anymore.

Although its impressive campaign is substantial and there are lots of options for single, cooperative, and competitive multiplayer skirmishes, one-off scenarios, and other ways to hone and demonstrate your skills, I can’t help but feel like at release, at least, Age of Empires IV is just a little thin on content. There are only eight civilizations — English, Mongols, Rus, Delhi Sultanate, French, Abbasid Dynasty, Holy Roman Empire, and Chinese –. While it will take a player a good while longer to master those starting civilizations, the number pales against the nearly 40 civilizations now available for Age of Empires II. One of Age IV’s most glaring omissions is the lack of a map editor – to me, one of the most fundamental and enjoyable aspects of any real-time strategy game. Certainly, many more civilizations, campaigns, mods, and other features will appear down the line as paid DLC or free updates. 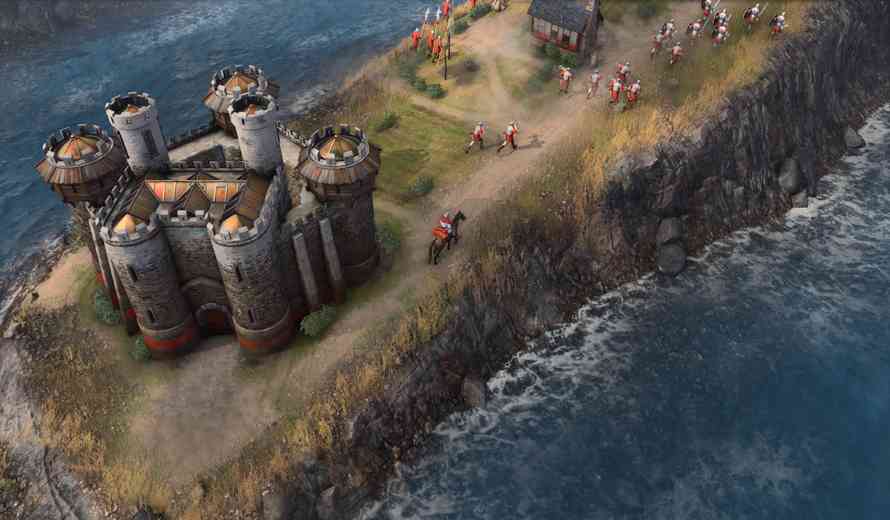 Despite the fact that it’s looking in the rearview mirror at least as much as it’s looking forward, there’s no denying that Age of Empires IV captures the addictive gameplay and mechanical accessibility of the earlier games in the franchise. It looks great, if not entirely new, and the flow of building, combat, research, and resource management is enjoyable as always. The documentary-style campaigns are engaging and immersive. What holds Age of Empires IV at arm’s length from masterpiece status is its determination not to rock the boat, its slightly underwhelming feature set at launch, and some very minor annoyances from previous titles that really should be a thing of the past. Will I be digging deep into Age of Empires IV? Absolutely.