Restore The Rat Kingdom In Tails Of Iron

Gamesradar+’s Future Games Show at this year’s digital E3 event was a showcase of indie titles big and small. it was a breath of fresh air after lackluster showings from the Xbox/Bethesda and Square Enix presentations, showing off a wide range of innovative new titles. Among these was the newest action-RPG from indie developers Odd Bug: Tails of Iron.

Tails of Iron is a 2D action RPG taking heavy inspiration from the Dark Souls series – combat is fast-paced and brutal, with a focus on evading your opponent’s blows to ensure you can land your own. Dodge rolls, parry bashes and execution moves will be crucial to keeping your little rat warrior alive on his journey through the declining Rat Kingdom. Along the way, you’ll encounter a diverse range of enemies, including frog warriors, zombies and insects. 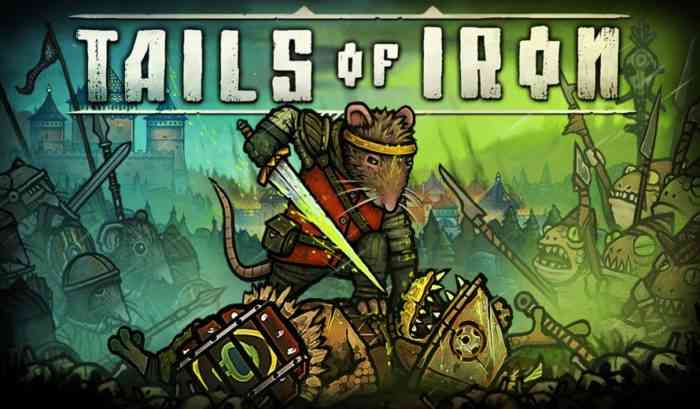 Yes, you read right – this game is all about rats. Tails of Iron is set in the Rat Kingdom, a medieval nation ruled over by the furry little critters. You’ll play as Redgi, the heir to the Rat Throne, on his quest to liberate the kingdom from the invading Frog Can and their brutal leader Greenwart. Tails of Iron will use a gorgeous hand-painted art style to bring its grim and gritty world to life, with an overarching narration by none other than Geralt of Rivia himself, Doug Cockle.

There’ll be plenty of room to customize Radgi over the course of Tails Of Iron – there’s a wide range of different weapon and armor styles available for purchase or crafting, and along the way you’ll find special blueprints to create unique new weaponry and ingredients for stat-boosting meals. You’ll also encounter allies on your journey, who’ll join your cause as you fight your way across the Rat Kingdom’s six distinct biomes in your quest to reclaim the throne.

Tails of Iron will launch on PlayStation 4, PlayStation 5, Xbox One, Xbox Series X/S, Switch and PC later in the year. Physical copies are now available to pre-order, including extra armor and weapon skins from the Crimson Knight DLC.

One Last Case: Frog Detective 3 Launches Later This Year
Next
Back To The Courtroom In The Great Ace Attorney Chronicles
Previous
Resident Evil Producer Confirms Work on Resident Evil Village DLC Has Started