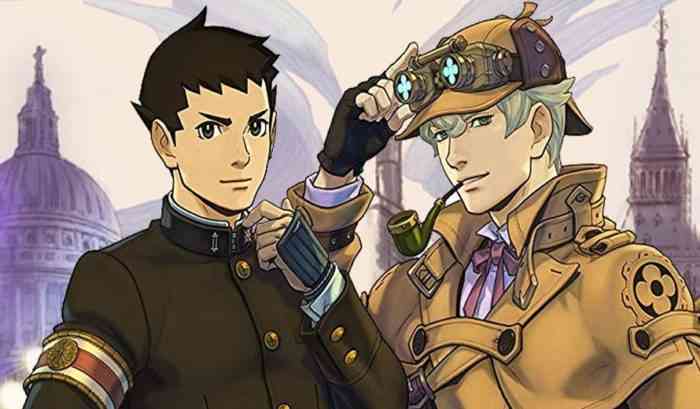 The Great Ace Attorney Chronicles follows Phoenix Wright’s ancestor, Ryunosuke Naruhodo, an attorney-in-training with a penchant for investigating crime who travels to England to further his studies. There, he meets the not-so-subtly named Herlock Sholmes (yes, really), a famed detective who he aids in his investigations. Ten new cases never seen outside of Japan are included in the collection, featuring distinct new gameplay features to bring the series into the current generation.

One of these new features is the Dance of Deduction – as Herlock Sholmes leaps to deduce the truth behind the crime scenes you encounter, he’ll often make hasty and inaccurate assumptions about the situation. It’s up to you to untangle his assumptions and get to the truth behind the matter. Another gameplay feature, seen once before in Apollo Justice: Ace Attorney, is the presence of a jury. Rather than having to get a single judge on your side, you’ll have to appeal to six jurors in order to prove your client innocent. Jurors can give their verdict at any time during the trial, but should the jury lean towards a guilty verdict you’ll be able to engage in a ‘Summation Examination’, interviewing each juror in an attempt to pick apart their logic and change their verdict.

The Great Ace Attorney Chronicles will launch on PlayStation 4, Nintendo Switch and PC on July 27th, 2021.

Monster Hunter Stories 2: Wings of Ruin Reveals Post-Launch Roadmap and a New Trailer
Next
Experience The Retro-Future With Replaced
Previous
Restore The Rat Kingdom In Tails Of Iron