Ratings Appear for The Great Ace Attorney Collection in Taiwan

I’ll be the first to admit I didn’t see the appeal of the Ace Attorney games when I first heard of them, but after playing (most of) the games in the series, I get it. The games combine classic detective work with the part we don’t often get to see in video games, and often the cases are complex enough that even if you know (or heavily suspect) the identity of the killer, you’ll still be blindsided by the actual methods.

You also get to interrogate a parrot, so there’s that.

The games may never have hit the same level of success in the West as they did in Japan, but they still have a notable following, so a lot of players are disappointed with the number of Japan-exclusive releases in the franchise. The second Ace Attorney Investigations game, which follows hero Phoenix’s best frenemy Miles Edgeworth, has never seen a release in the west, and neither have the Great Ace Attorney games, which follow Phoenix’s distant ancestor as he travels from Japan to England and crosses paths with Sherlock Holmes. In fact, apart from remasters, we haven’t seen a new game in the series in the west since 2016’s Ace Attorney: Dual Destinies, despite plenty of opportunity for the series to continue – including a teased sequel to crossover game Professor Layton vs. Phoenix Wright Ace Attorney. 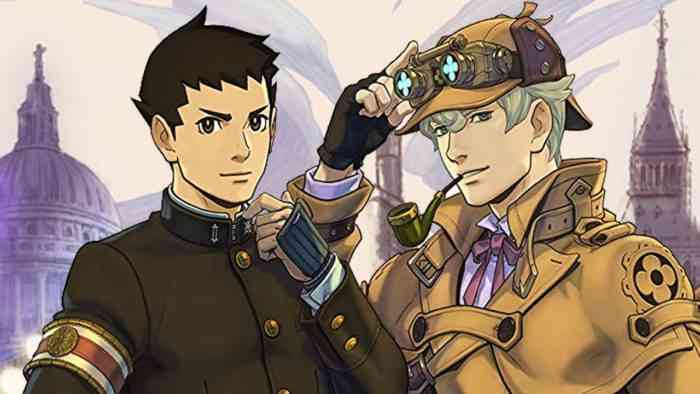 Still, it looks like another piece of information uncovered during the recent Capcom cyberattacks is true, as ratings for The Great Attorney Collection – comprised of both games in the series – have appeared in Taiwan for the PC, PS4, and Switch. Could an English localization be on the cards? It’s certainly possible – although we haven’t got any concrete evidence quite yet, releasing the game outside of Japan, in a completely different language, is a good sign – especially since the game features not only British locations, but the most famous British detective of all time.

Do you have any objections to this news? Let us know in the comments, on Twitter, or on Facebook.

AI: The Somnium Files Review – A Compelling Plot But Not Much Else
Next
World-Destroyer Bug Pops Up In Valheim
Previous
Dead By Daylight HUD Getting Another Update Following Complaints