The Letter: A Horror Visual Novel is a very honest title. This isn’t Bart Simpson and his friends skipping school to watch Naked Lunch. Where Nelson finds at least two issues with the title. The Letter’s horror is a throwback to the Japanese horror films of the early 2000s, like the Ring and Ju-On, but with a haunted chain letter, instead of a haunted VHS tape or text message. The game’s story presentation is what makes it an interesting visual novel. It was designed to be shared as a visual novel, from its inception. Character choices affect multiple perspectives, branching paths, and character relationships. The full story unlocks by uncovering all the bits through repeated playthroughs. That structure is where the genius of The Letter exists.

The Letter: A Horror Visual Novel begins from Isabella’s perspective. She is a young Filipino real estate agent. who is living in England, and working hard to send money home to her family. During the sale of a haunted mansion, she finds a bloody chain letter that tells her she has to share it with five other people. The story is just good. But the mystery surrounding the haunted house, chain letter, and Sadako clone is a very good reason to keep reading.

The focus of the story is much more about the characters than the plot. Each chapter of The Letter: A Horror Visual Novel takes place during the same two-week period. They are written from the points-of-view of Isabella, one of her three best friends, one of the two purchasers of the haunted mansion, or the interior designer hired to modernize it. There are plenty of other important characters throughout the story though. Every decision the player makes changes their relationship level with someone else. Those decisions affect the results of the story. 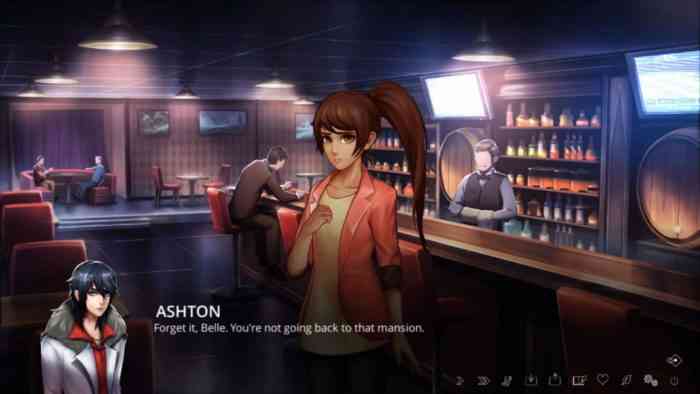 The Letter: A Horror Visual Novel’s story begins with a Rashomon-like presentation. It finishes, however, looking closer to Detroit: Become Human. Things start with a seemingly simple story, shown from multiple perspectives, but eventually, a decision tree opens up. This tree allows players to re-read events and make different decisions, in order to experience all aspects of the story. Certain outcomes give the player memory fragments, which are historical events about the haunting. Unlocking the entire story, and collecting all the memory fragments, could easily take over 100 hours. That is major value for your dollar.

The only real gameplay, in The Letter: A Horror Visual Novel, is quicktime events. These occur during life-threatening situations. I actually really enjoyed these, because they took different forms, the same way combat does in Undertale. Anyone who absolutely loathes quicktime events can turn them off though, even on first playthrough.

The story is well-written. I really enjoyed the prose and got completely lost in the story while reading, at times. The dialogue is hit and miss, however. The cast is very diverse (which is always a plus). Because of the characters’ different cultural backgrounds, and the game’s English setting, some of their dialogue was very cringey. The game is fully-voiced, and the voice acting is quite good for the most part. There is an occasional line delivery that shows the actors didn’t realize the intonation they were meant to use. But these moments are rare. Characters’ thoughts are not voiced, while their dialogue is. This decision made the narration very clear, even if it was made for budgetary reasons. 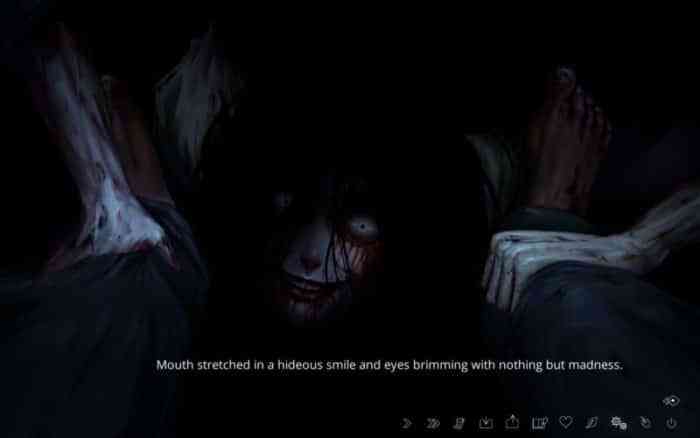 The art of The Letter: A Horror Visual Novel is a pleasing, near anime-style. All of the images were detailed, richly-colored, and slightly animated. And the music was surprisingly excellent. I really looked forward to hearing a few tracks, and found myself singing them in my head when not playing. The combination of eerie music and sound effects definitely heightened the tension in the horror sequences.

I should also mention that the game froze the first time I went to save it. The save registered, however, and resetting the game allowed me to play right where I left off. But crashing is a potential danger, so save often. I didn’t encounter any other bugs after that first save crash.

A Great Choice for Genre Fans

The Letter: A Horror Visual Novel is a very good story, with an excellent focus on character relationships. The story uses the structure of the visual novel genre to deepen its quality. This is what a visual novel should be. It doesn’t have the originality of genre classics like 428: Shibuya Scramble, Danganronpa, or the Ace Attorney series. But it is an easy recommendation for fans of the genre, who are looking for more. 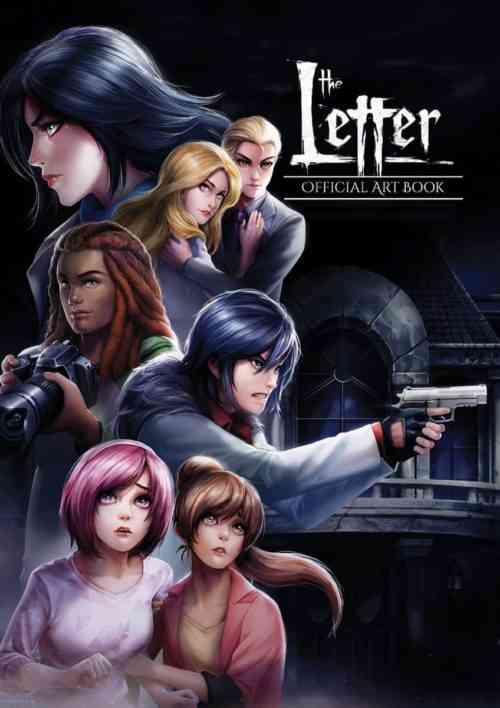 
Danganronpa Creator Gives His Thoughts About a New Series Entry