The first entry in the Fatal Frame series came out in North America for the PS2 in 2002, and was heavily inspired by the then trend of Japanese horror films that followed the original Ring movie. Two sequels, also for the PS2, followed in 2003 and 2005. There was a fourth game in the series for the Nintendo Wii, but it didn’t leave Japan. The fifth game in the series, was originally released for the Wii U in 2015, and has now been remastered with updated controls for all modern consoles. The big questions I had about this release were: how will the game control, since the original version used the Wii U gamepad in some pretty unique ways, and how will a 20-year-old style of horror hold up in 2021? The scare factor of Maiden of Black Water will heavily depend on if pale young Japanese women with too much long hair can still be terrifying.

I would argue that what is genuinely frightening is heavily subjective though, and I find a lot of negative reviews of Fatal Frame: Maiden of Black Water focus on the fact that it wasn’t frightening enough. To be honest, I rarely get freaked out while playing horror games or watching horror movies; that’s not where my enjoyment of them comes from. I don’t care if Fatal Frame doesn’t scare me, as long as it’s fun to play, interesting to look at, unique with some of its ideas and/or a world I find interesting.

Fatal Frame: Maiden of Black Water is dripping with intriguing horror atmosphere. The story follows three different protagonists as they investigate the supernatural happenings involving deaths of shrine maidens at Hikami Mountain. It’s a good enough narrative, and I really enjoyed its episodic nature and multiple perspectives. But where Maiden of Black Water shines is in its presentation of the story. The game begins with the player controlling a woman in a subterranean lake, surrounded by weirdly attractive ghosts. Instead of following her story, we are quickly treated to her demise, and told that our story will take place where these events unfolded. It was a really nice narrative punch to the gut, and one that hooked me immediately.

Horror so Dated it Feels Fresh

And I really didn’t find the horror imagery to be dated. It was actually a pretty refreshing horror experience to see something this Japanese today. There are elements of the gameplay that are very typical survival horror, but the imagery felt more “refreshing throwback” than dated. It reminded me of the weirder PS2 survival horror games, like Clock Tower 3, Rule of Rose, Haunting Ground, and, of course, Fatal Frame. These survival horror games were all fairly unique in their atmosphere, and tried to play with the established Resident Evil/ Silent Hill formula. There are stiff controls, linear paths, and awkward moments, but captivating ideas that overshadow these shortcomings. 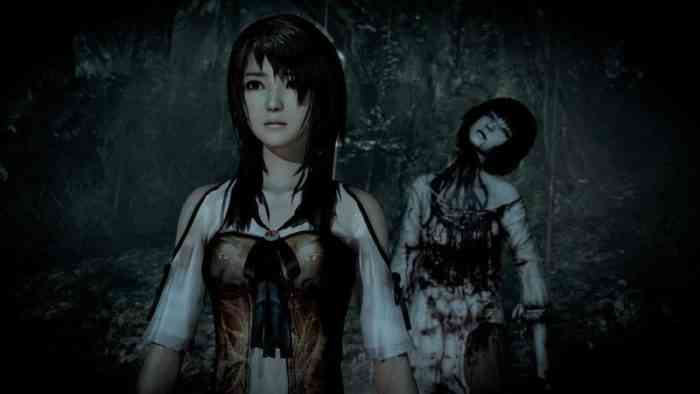 Fatal Frame: Maiden of Black Water’s unique gameplay hook is its camera mechanic. It is brought up with the press of a button, and switches the perspective from third to first person. The direction is changed with a combination of the right joystick and motion controls. Certain apparitions can only be seen through the camera’s lens, and ghosts are damaged when the camera flashes. Taking pictures uses up film, and there are different kinds of film and lenses that can be switched between. The camera controls are a very fun and unique gameplay mechanic. It took some getting used to, but I admired how Maiden of Black Water took the Wii U controls and kept them interesting through use of motion controls. The game also features a lot of situations where pictures need to be taken quickly, and the game has some replayability where capitalizing on these moments yields cosmetic unlockables.

New additions to this 2021 edition include improved resolution, new outfits and accessories, Snap Mode (press L + Y to rearrange everything on screen to create aesthetically pleasing photos – this feature is just for fun and doesn’t impact the regular game in any way), an updated ghost list, and updated controls. The mostly notable aspect of these are the controls, but this is a 15-20 hour game, with some replayability, and a budget price. The new additions won’t justify a re-purchase for anyone who has the Wii U version, but for anyone who doesn’t, these do the job nicely. 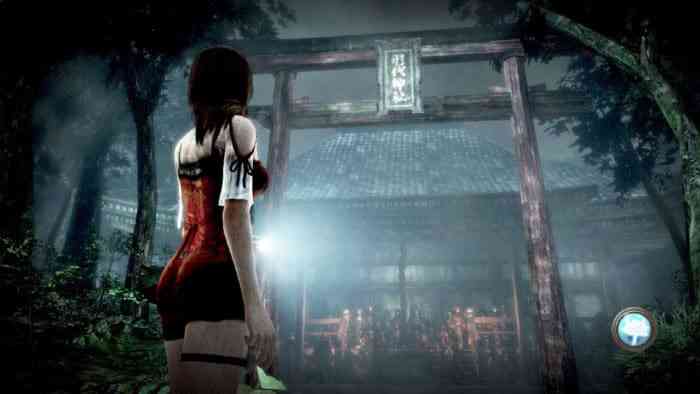 The graphics are very good PS3 caliber, and suit the game perfectly well. It won’t be a system showcase, but the genre and style are well-served. The framerate hiccups from time to time, but nothing that ruined my experience. The music and sound effects are fantastic though. Although the game isn’t packed with jump scares (which I find cheap anyways), the soundscape provides an excellent sense of dread. While I was never frightened while playing, there was always a heightened sense of urgency. I was never sitting back and boredly going through the motions of playing. The sounds kept me completely engaged.

Fatal Frame: Maiden of Black Water is a very good throwback to the weirder survival horror games found on the PS2. It features a looming horror atmosphere I really enjoyed, and a unique gameplay hook with its motion controlled first person camera. While it’s not going to win any game of the year awards, I would think that Fatal Frame: Maiden of Black Water should be a must play for all survival horror fans, especially with its budget price.

Some framerate dips
Janky character motions
Not a graphical powerhouse


Special Editions of Fatal Frame: Mask of the Lunar Eclipse Shown Off

Signalis Puts the Dread in Dystopia
Next Demon Turf Review – An Innovative but Flawed 3D Platformer
Previous Unpacking Review – What’s In The Box?