I play a good number of indie PC games. Many of them are good! Just as many are derivative or fail to accomplish their goals. When I first booted up Unpacking, that’s what I thought it was going to be. The soft graphics and gentle music were compelling, but the game seemed like a simple, childish puzzle. Then it started to click for me. Then I sat down to write this review and found myself staring at the blank page. Unpacking is a beautiful interactive narrative experience that will affect you more than you’d believe possible. At least, that happened to me! 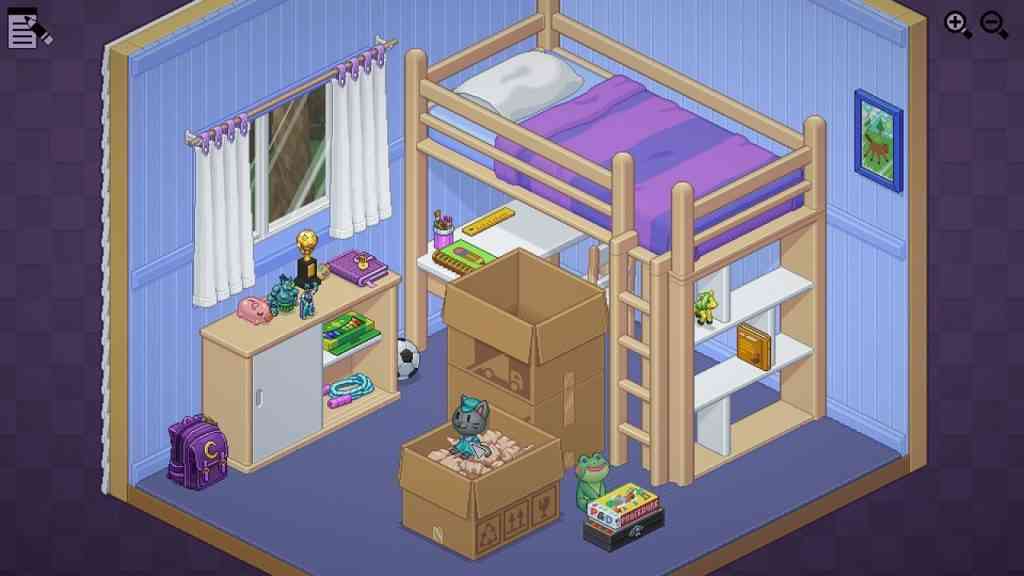 Unpacking is a soothing, gentle puzzle game. You are in a room or a house, and you need to empty cardboard boxes, placing their contents around the area. Pictures go on the wall, cutlery in a kitchen drawer. Magnets go on the fridge, and that little model of the Eiffel Tower goes… wait, why do you own this again? And why do you keep carrying it from home to home?

I was a little bit surprised to learn how narrative Unpacking is. It’s not a story with prominent characters with scenes of dialogue and stuff. This is a story that plays out more like Gone Home or other walking simulators. By exploring the space, you learn about the characters. That model of the Eiffel Tower? The (nameless) main character carries it with her into every home she goes to and accumulates other European chachkies along the way. I guess she’s kind of basic and loves backpacking in Europe? Maybe you find that trait charming or not, but it was a vivid bit of characterization.

Moving is such a universal process (at least to me, a Millennial American) that aspects of the game couldn’t help but make me think about my real life. For example, every place you move to, you unpack generations of old Nintendo consoles. I mean, they are blurry and stylized enough to have legal deniability. Still, game fans will notice the Gamecube-like logo on many of the CD cases you repeatedly unpack. This attention to detail is pretty neat in and of itself, but it also made me think: is it worth it to own all these Nintendos that I need to unpack again and again and again every time I move? (Yes, it is.) I guess the junk we accumulate tells us a lot about who we are, and it’s a neat angle on a story. 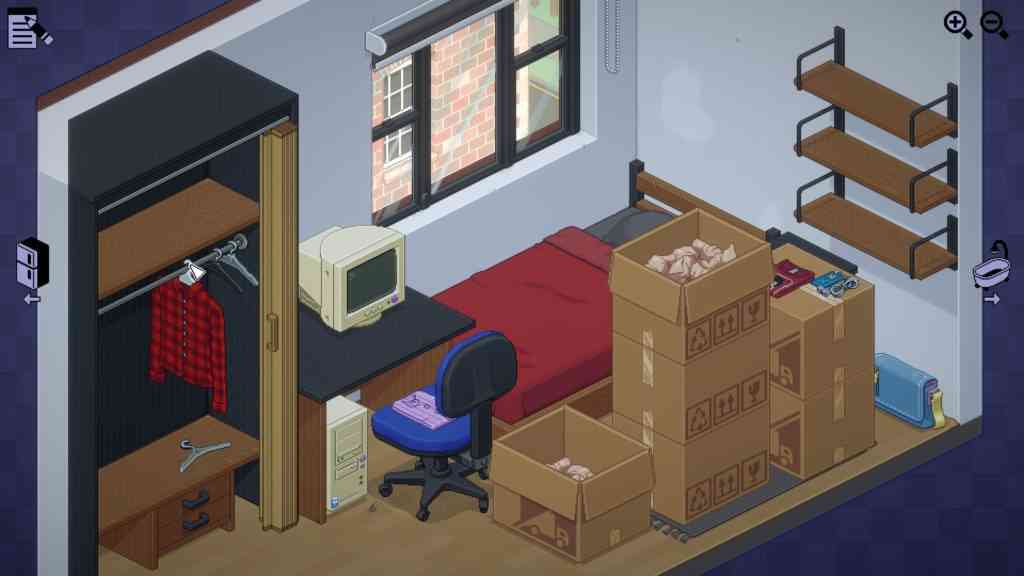 I started to get very frustrated with Unpacking when I couldn’t complete the first level. There were some items, like a soccer ball, that were hard for me to place. But the thing that was killing me was this little leatherbound book. I put it on the desk, in a closet, on the bed. But the game would not let me proceed. It turns out it was a diary, and it needs to go somewhere with a lock. OK, that’s a pretty good detail. I thought that maybe I was playing a flawed puzzle game.

It turns out I was playing a lovely narrative game. The story started to click with me when you have to move your stuff into a fabulous (but small) new apartment. It was hip and sociable but already filled with stuff. I was trying to fit my D&D t-shirts and bras in with some guy’s ties and socks. It was hard to fit anything in there, and I couldn’t move anything. And yeah, have you ever moved into a significant other’s home? It’s hard to get everything to fit.

It turns out there are lots of good life metaphors during a move. I don’t want to give the whole story away, but there’s a perfect moment when the protagonist is down on her luck and needs to fit all her accumulated stuff into a much too small space. There was also a further relationship story about a new and much better-suited significant other. That’s right, Unpacking casually turns into a queer narrative in a way I found devastatingly subtle. Comparing the two significant others- the guy seems to be a musician, and the lady loves to plant and has a great wardrobe- was a whole story unto itself!

I’m gushing about Unpacking. I loved it! The game got me very emotional, and I haven’t stopped thinking about it since I beat it. The thing is, beating didn’t take me very long. I cleared the game to the end credits in a little over three hours. I earned something like half the achievements in that time too. This is not a long game. And while some of the puzzles stumped me for a moment, it is not all that challenging. And while there’s a lot of satisfaction to be found in a well-organized kitchen, the game doesn’t offer that much of an opportunity to be creative, either. There are some downsides. 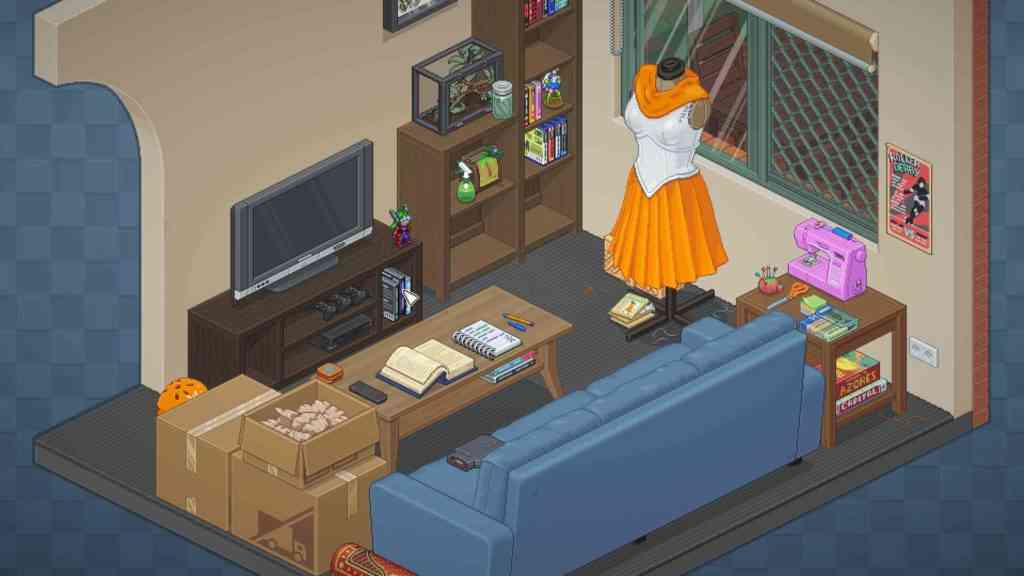 But then… how much did it cost to go to the movies last time you went? Do you remember what you saw? Unpacking is going to stick with me at least as hard as the latest superhero movie I saw, and it’s going to make the next time I need to look for a new place that much more tolerable. Maybe even fun. I enjoyed the brief time I spent with Unpacking, and I’m not going to stop thinking about it before my next move.

• Only a few hours long
• Not that challenging


Signalis Puts the Dread in Dystopia