Described by developer Witch Beam as a “zen puzzle game”, Unpacking is a strangely cathartic experience. Put simply, Unpacking is a game in which you unpack boxes during a move, and find the right place for the items you take out. Despite being a simple game, it has definitely given me a bit of a push toward emptying some boxes left in my own home.

Unpacking’s demo is relatively short, featuring just two main levels. In the first level, the player is tasked with emptying boxes and placing items into a child’s room. The second level features three different rooms: bedroom, kitchen, and washroom. Upon unpacking some boxes in the second level, it quickly became apparent that I was unpacking boxes belonging to the same individual from the first level. While Unpacking may be a puzzle game, it also tells a story of the person who owns these boxes through what they own, bring, and leave behind between residences.

While taking items out of boxes may seem easy, finding the correct places for items is another deal. Once all the boxes have been emptied, the game will let you know which items are not in their intended locations by flashing red. There is no timer or scoring for this, so there isn’t any associated stress. However, some items may be a bit hard to identify within the game, so your best guess is sometimes required. The sense of accomplishment that comes with emptying a box, finding the right place for all the items, AND making it look nice is surpassed only by doing so in real life. 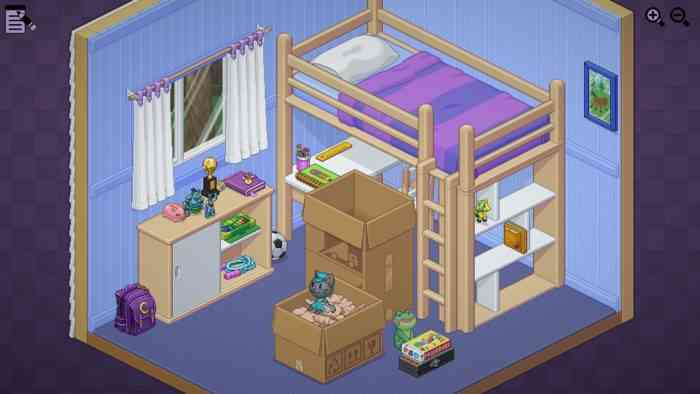 With a soundtrack by BAFTA award-winning composer and audio director Jeff van Dyck and a gentle, smooth aesthetic, unpacking in Unpacking cannot get any more pleasant. While you can brute force your way through the puzzles by unpacking all items, and simply fixing what needs to be fixed, the experience in properly unpacking is perhaps the best feeling the puzzler can produce, especially without the additional stress of timers or high scores.

Here’s what’s coming to Xbox Game’s Pass this November
Next Age of Empires III: Definitive Edition Reminds Us of the RTS Golden Age
Previous Despite the Pixel Art, ‘There Is No Light’ Isn’t Your Daddies Action-Adventure