There Is No Light Preview

There Is No Light is not a playful romp through a forest or a tumble through a creative obstacle course, it’s an action-adventure that delves through the darkest pits of the underworld with horrific visuals that would feel at home in a Castlevania or Diablo title. A large portion of modern indies resemble extremely polished retro games, and in the case of There Is No Light, retro fans will notice some similarities with Super Castlevania IV and the original Diablo game. The emphasis on darkness throughout the gameplay of the PAX Online demo and the action-packed gameplay will feel familiar to Dark Souls fans who are happy to exchange modern quality graphics for the classic pixelated visuals of There is No Light. Zelart has crafted a beautifully horrific action-adventure that’s worth checking out if you’re up for the challenge.

A Successful Kickstarter, an Indie to Look Out For

The combat of There Is No Light involves a mix of strategies depending on what you’re doing, though I found the best overall strategy was to kite enemies so you could attack all of them together rather than one-by-one. You can utilize fast attacks to build combos with other weapons/abilities, or charge a heavy attack if you’re enemies haven’t fully caught up to you yet. There are three skills attached to each weapon that are charged by generating rage as a result of defeating foes. One unleashes a devastating AoE blast, while another will increase your attack speed, both of which I found crucial to defeating certain mobs of enemies I encountered throughout the demo. The tutorial ends with the nameless guardian, aka Blondie, being eaten by a giant snake, which is a mere taste of the horrific things that are detailed in brilliant pixel art throughout the demo.

There Is No Light was successfully funded through Kickstarter, and all of the stretch goals that Zelart planned have been surpassed. This includes additional side quests, a Beastiary with important information, an upgrade to VFX, and an alternate ending to the game. The team apparently has more plans in mind for their stretch goals and currently, they stand at around $60,000 from 1,231 backers. After playing through the demo, I was prepared to purchase this game when it officially releases for PC, but after delving into all the Kickstarter info, I’m excited to explore the Underworld that Zelart has lovingly crafted. 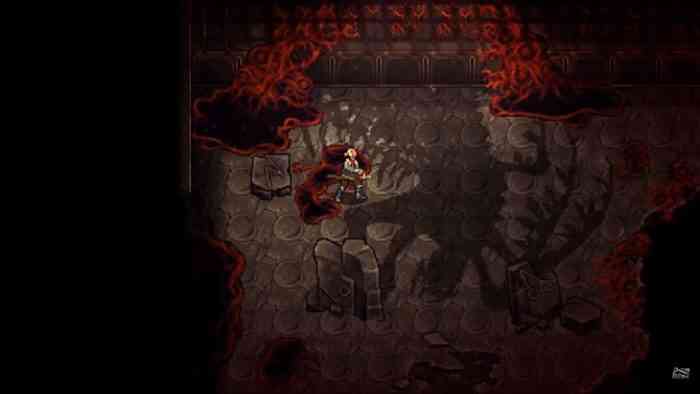 Gothic Action-Adventure Set in the Underworld

The PAX Online demo of There Is No Light primarily focuses on Central Station and the surrounding area, with a hidden depot being the first area I explored after some basic platforming through utilizing the skills available from the start. Learning the skill tree isn’t simply accomplished through the demo, it involves being engulfed by one of the many disturbing creatures that inhabit the underworld. After playing for a while, you’ll find that some of these creatures are more interesting and have far more to say than a lot of the humans that are lurking around Central Station, let alone future locations planned for the game.

The gameplay is non-linear and the narrative is flexible enough to allow for gamers to explore the Underworld in their own way, encouraging replaying it another time to see the alternate second ending. While the final game will include areas such as Waters of Purification, Abyss, New Dawn, and Archive of the Firsts. Each of these areas will look distinct from each other, while still having the gothic post-apocalyptic feel across the Underworld. The Underworld of There Is No Light is ruled by the “mysterious Church of the Great Hand”, and the entire human population has been eradicated by a global post-apocalyptic catastrophe, but the demo mostly centers on side stories. 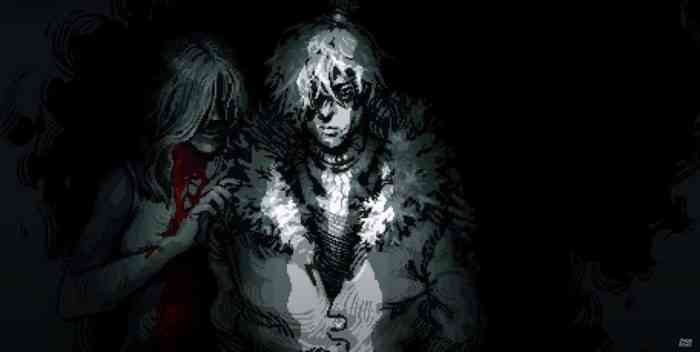 The combination of post-apocalyptic and gothic visuals makes There Is No Light a perfect title to celebrate Halloween with, but unfortunately, it won’t be releasing until Q3 2021. HypeTrain Digital is the indie game publisher for PC and consoles, and There Is No Light will be releasing for all of the major consoles in addition to PC. While I can imagine it will handle well on consoles, the fast reflexes required to survive There Is No Light makes PC my platform of choice for this upcoming indie. The PAX Online demo felt a little limited, but it didn’t feel easy, and it was a great way to spend a couple of hours. The gameplay and art design letting me wanting more, while the plot and locations teased through the Kickstarter make this indie worth keeping my eyes on.

Sword of the Necromancer: Revenant Launching Kickstarter Soon
Next Unpacking With Just a Click of the Mouse
Previous Roboquest is a PG Rated DOOM But With Robots