Airship Syndicate continues to deliver promising updates to Darksiders Genesis, including the most recent update which added Mayhem and fixes. There’s also the ability to change the game speed in single player or split screen co-op which will make those second, third, fourth, etc. runs a lot more bearable. The update also includes a variety of small bug fixes relating to both single and multiplayer such as snare and slow no longer working on bosses and a fix where gamers had an issue where enemy interacts and health bars would not appear. Darksiders Genesis is available for Nintendo Switch, PC, PS4, Xbox One and Google Stadia now. 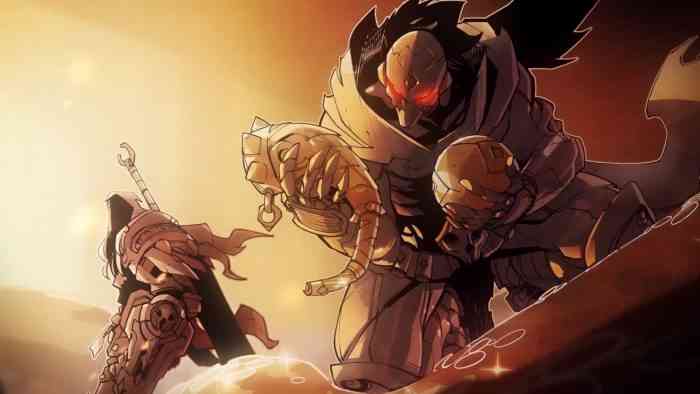 With the introduction of Mayhem mode to Darksiders Genesis came a number of balance changes have been implemented to the other modes. Easy has been reduced to 75%, normal was apparently perfectly balanced already, Damage in hard mode has been raised 30% while the health pool increased 20% and special ammo drops 5% less than before the changes. Mayhem mode has a 200% damage multiplier, health is at 200%. The Apocalyptic damage multiplier was raised 250%, health was raised 50% while special ammo drops were reduced by 20%.

The potion cool-down has increased by five seconds in any mode, including the auto-use. Lava Shot’s capacity is down 10% while Gravity Shot damage per tick was increased 50%. Quality of life changes such as the option to direct melee attacks toward mouse cursor and Creature Cores now displaying the type in vendor menus have been added. Apparently several other changes will feel subtle to gamers but will have a tremendous impact on Darksiders Genesis. Are you curious what we thought about Darksiders Genesis? Check out our review here!

Will you be trying Mayhem mode in Darksiders Genesis or are you more interested in the quality of life changes implemented with the latest update? Let us know in the comments below!


Temtem Gets New Monsters and a New Island