Darksiders Genesis Spin-Off Will Be Coming out This Year

Some Compare Its Look to Diablo

As the first three Darksiders games followed three of the Four Horsemen War, Death, and Fury, this next game will feature Strife. Just a few hours ago, a trailer for the spin-off Darksiders Genesis was released. In the trailer, Strife approaches a three-headed demon of some kind. He is surrounded and the demon laughs that he has come alone, but apparently that is not so. During the gameplay section of the trailer, the star of the first Darksiders War can be seen fighting alongside Strife. This section also highlights the big differences between Genesis and the main games. 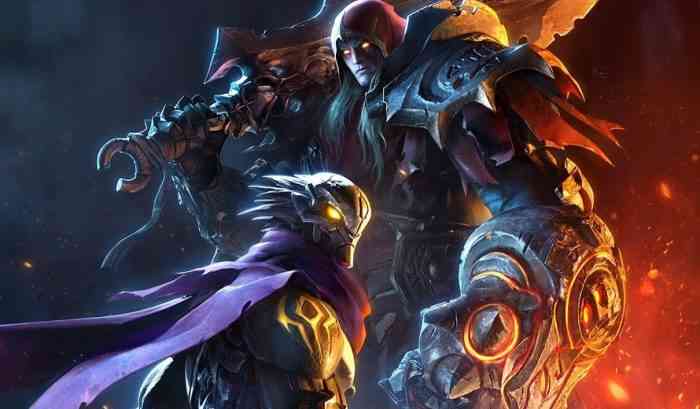 First of all, the once third-person hack and slash is now a top-down dungeon crawler. It looks like there will also be some twin stick shooter elements as well. Also, as the cinematic suggested, there may be a co-op component to it. Right now, it is unclear if War can be player or AI controlled. The Metroidvania elements present in the previous games are not clearly represented in this trailer, so we will have to wait to see if that is the direction THQ Nordic takes with it.

As the story goes, the game will follow Strife and War as they try to stop Lucifer from upsetting the Balance. It will take place before any of the other Darksiders games and after the Four Horsemen wiped out their own people, the Nephilim. Though this will be fans’ first time playing as Strife, this is not Darksiders 4, so we still have that to look forward to. For now, we have Darksiders Genesis, coming in 2019 on PS4, Xbox One, PC, Nintendo Switch, and Google Stadia.

Will you pick up Darksiders Genesis? Let us know in the comments below.

THQ Nordic Officially Announces Its Second Annual Digital Showcase
Next
Details of Wolfenstein: Youngblood Pre-Order Options Right Here
Previous
StarCraft First Person Shooter Has Been Canceled By Blizzard So They Can Work On Other Projects