Darksiders Makes the Leap to Switch

On the heels of what now appears to be a day early leak, THQ Nordic is making it official: a Switch release for Darksiders Warmastered Edition has been announced. The trailer is embedded below.

Darksiders Warmastered Edition is a remaster of the original Xbox 360/PS3 game and was released in 2016 for PS4, Xbox One, and PC with added support for the PS4 Pro and Xbox One X.  A Wii U version was eventually released in May 2017. The Nintendo Switch edition will be available digitally and in physical form for $29.99 USD on April 2nd, 2019.

Here is some more info on the game:

Deceived by the forces of evil into prematurely bringing about the end of the world, War – the first Horseman of the Apocalypse – stands accused of breaking the sacred law by inciting a war between Heaven and Hell. In the slaughter that ensued, the demonic forces defeated the heavenly hosts and laid claim to the Earth. 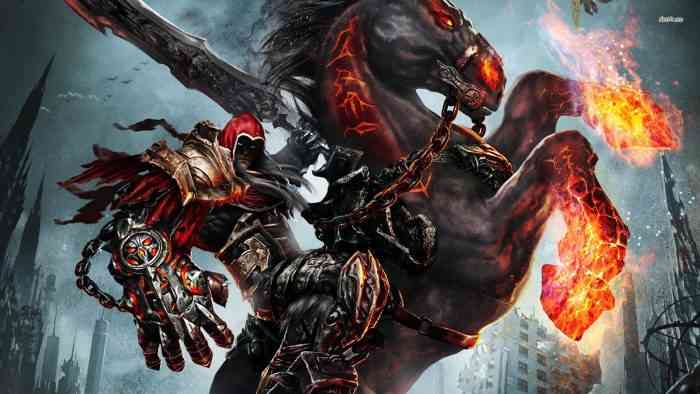 Be sure to check out our console review if you’re interested in picking this one up on Switch.

Are you looking forward to playing this? Share your thoughts down below.