No one can deny how got it can feel after a long day to blow off some steam by booting up a fast paced, quick-reflex game to take your mind off. As gamers we each have our own preference as to just what that might be, but the most shocking surprise for me from this PAX that fills that niche is Roboquest. With a lot of games the trailer is a great tool for building hype – that what its there for! To get us excited and promise us something intense and engaging. What you get with Roboquest is exactly what you see, so if you want a non-stop shooter, this just might be your ticket.

The aesthetic immediately made me think of Borderlands with its vibrant colors and wasteland vibes. The demo doesn’t provide much of a story but if you come to a game like Roboquest for a deep and compelling narrative, you might not get much in return. At the beginning of the game a lone girl stumbles across the wreck that is your robot body. After a few adjustments she manages to get you working again as you set out together exploring the land. Once I was free to move about I had an inkling what I was in for and I certainly was not disappointed.

If there was something I would compare Roboquest to for sheer core gameplay, it has to be DOOM 2016. You move fast and there is no reason to slow down in the slightest. Enemies will come at you with guns blazing and you need to keep moving (you happen to be a fairly large target) I was quite appreciative that, while you can only carry two guns at any given time, what you have on you has unlimited ammo. Enemies behave in different ways but they exist to try and trap you while keeping you out of cover. I started out trying to play Roboquest like a traditional first person shooter but you simply can’t come at it that way. You have to keep moving, use rails to grind, jump to ledges, and hold in the trigger. 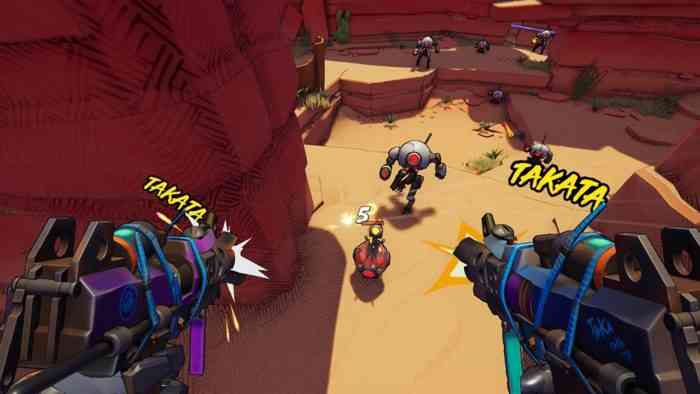 Some of the controls were a bit off for my tastes. In particular one of the face buttons is mapped to throwing whatever weapon you have equipped. It also happens to be one of the more common buttons for swapping between your inventory so many a gun were launched across the map without realizing I was now down to one weapon. I also wasn’t a fan of the fact there was no option for aiming down sights, a habit I didn’t realized I practically live off of in shooters until I could do it no longer. Much like the previously mentioned DOOM, Roboquest is also met with a nice heavy soundtrack and thundering chords to keep you in the moment. I think my absolute favorite aesthetic touch has to be the little comic book style onomatopoeia that pops up on screen as each weapon fires. It’s cute in a charming little way.

Roboquest has some interesting ideas and plays much like a kid-friendly version of DOOM, complete with hidden areas and upgrades while obliterating enemies in a 3D realm (albeit minus the viscera) It controls fairly well, however the slightly jumbled command choices in the midst of what is otherwise a great control scheme is a bit jarring and troublesome to get used to when trying to sprint for your life. It was great fun to test out what the robot can do, including grinding the rails and punching multiple enemies at once. If you wanted a fun little challenge with out all the, well, “doom” and gloom, Roboquest is a great time to keep you on your toes. 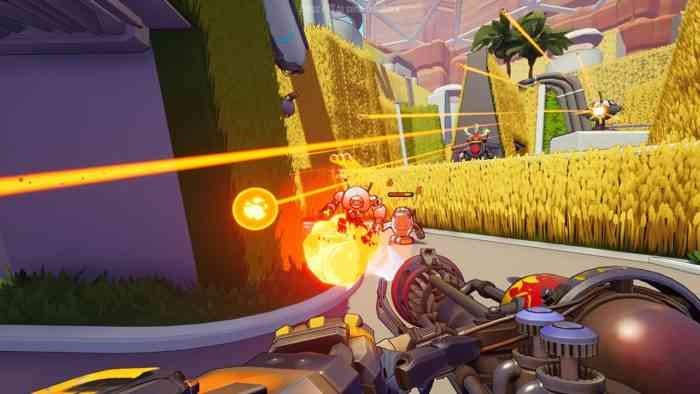 Roboquest is available now on PC. For more information check out the game’s official website, and for all things PAX Online be sure to keep it locked on COGconnected. 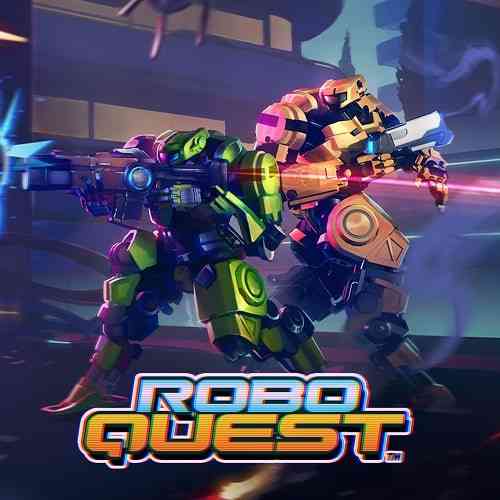 McPixel 3 Will Officially Release On Multiple Platforms In Mid November
Next Despite the Pixel Art, ‘There Is No Light’ Isn’t Your Daddies Action-Adventure
Previous PHOGS! is Adorable, Weird and Super Fun