Sometimes the best challenge we can face isn’t where the fate of the world hangs in the balance or a whole squad of badasses needs to work together to defeat the supervillain. No, sometimes the best challenge we can face takes us back to basics to relearn the fundamentals of gaming. What better way than with a relaxing and charming physics game? PHOGS! Isn’t particularly difficult to play, but there is a lot of joy in practicing and mastering the skills of controlling a two-headed dog joined at the stomach.

PHOGS! Is just as adorable as it sounds. You play as a lovable two-headed dog with one long torso and no messy end to clean up after. Each head is controlled with a joystick and the shoulder buttons allow for two key actions: biting and stretching. Each head can perform either task and you’ll quickly learn that not only do you need to move them in tandem, but it will take a lot of focus to master them. The game offers no words or tutorial but the intuitive nature of it is simple and easy to grasp right from the beginning. The two heads are distinguished by their red and blue collars. The shoulder buttons above the corresponding joystick relate to which end stretches or chomps down on something, and with nothing to chomp they playfully leap and bark in a far-too-adorable way.

Two Floofy Adorable Heads are Better Than One

If you are unfamiliar with physics games, the fun of them is flopping around and moving awkwardly while trying to solve the puzzle at hand. PHOGS! Is kind enough to give you a lot more control than you might expect while still doing some crazy, outlandish things. Does that flower need water? Have one mouth bite down on the water pipe nearby and aim the other one to blast water like a hose! Found a hot pepper? If blue eats it than red starts breathing fire! I was also greatly amused by eating a ton of popcorn and seeing their belly in the middle swell up, but just like us humans a good stretch will sort that right out. 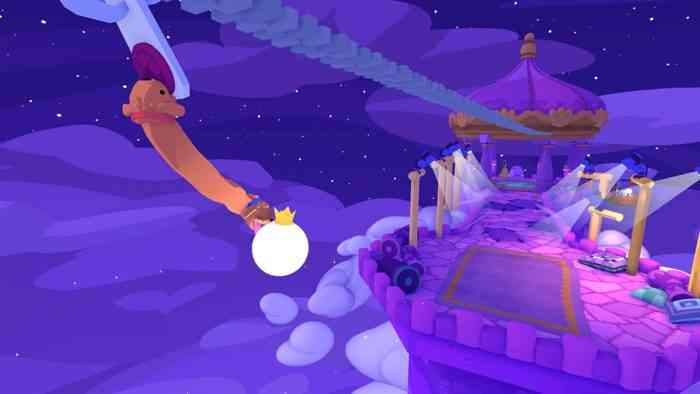 PHOGS! Was an adorable experience. The puzzles I got to play in the demo were creative and enjoyable. Rerouting water, using herbivores to eat plants, and manipulating light while stretching, twisting, and all-around having a good time was just a fun experience. The opening level doesn’t give the rest of the game justice for how detailed and creative it can get. The game is just all manner of good-natured fun as you bribe a giant two-headed worm to open its mouth as your method from going from one stage to the next. You help fulfill the requests of other people through sheer intuition based on little thought bubbles. There are even fun minigames that test you to think about gaming in a new way. Did I also mention this game is fully playable in co-op? If you thought controlling two heads at the same time could be tough, imagine only controlling one!

It’s lighthearted, it’s fun, and it’s adorable. Stopping in front of NPCs sees them smile and start petting the good two-headed doggo and honestly this is a wonderful first introduction into physics games without overwhelming the player. If you’ve got kids and you want them to start expanding their perception while having fun, PHOGS! Is the way to go. The game is set for release later this year and will be available on PC, PlayStation 4, Xbox One, and the Nintendo Switch. For more information check out the game’s official website, and be sure to keep it locked on COGconnected. 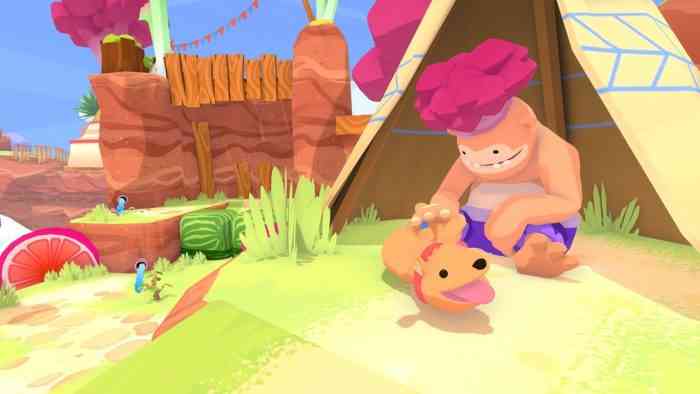 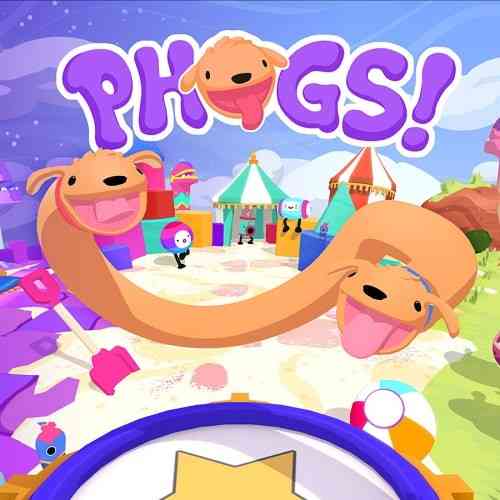 Bots Are Stupid Brings Programming Puzzle Fun to Steam Today
Next Roboquest is a PG Rated DOOM But With Robots
Previous Gestalt: Steam and Cinder is Easily The Most Fun I’ve Had During PAX Online 2020