Age of Empires III: Definitive Edition Reminds Us of the RTS Golden Age

With the preview build, we were provided access to the “Blood, Ice and Steel” campaign in Story Mode, Skirmish mode, and the new Art of War and Historical Battles mode. I immediately hopped into the Story Mode to take a look as well as to get a refresher on the basics. While the original game was released back in 2005, the updated visuals were definitely noticeable. Though they might not stack up technically with contemporary games, they definitely keep the spirit of the Age of Empires games. While there is not much new content with regards to the Story Mode, the Definitive Edition does include the expansions.

Some of the new content included with Age of Empires III: Definitive Edition are new units for existing civilizations, two new civilizations (the Inca and Swedes), some civilization redesigns, enhanced visuals, remastered soundtrack, enhanced AI, and the aforementioned new modes (Art of War and Historical Battles). Compared to a typical remaster or definitive edition, Age of Empires III: Definitive Edition does a bit more than most with both additional content as well as completely new modes.

The Art of War mode is essentially a challenge mode, giving players a variety of challenges related to different aspects of the game, such as Treasures, Build Orders, and Naval Battle. While these challenges are fun in their own right, I felt that they were good ways to work on specific aspects of the game. For example, the Treasures challenge is focused on exploring, finding, and claiming treasure around the map. This allows players to focus on this one aspect without worrying about a bunch of opposing armies, and actually feels a bit like a tutorial, which is good for anyone unfamiliar with any aspects. 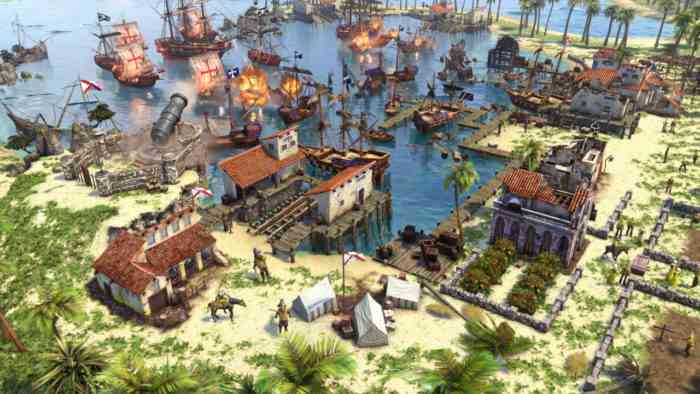 The Historical Battles also bring a new element to Age of Empires III. In the preview build we had access to, there was only the Algiers (1516) scenario, which places players in the role of the Barbary Pirates against the Spanish. In this scenario, the city of Algiers is taken by the Barbary Pirates, and they must fend off the Spanish who wish to take it over. I feel that the Historical Battles definitely allow the developers to add new content into the game without drastically altering the Story Mode.

*** A preview build was provided by the publisher ***