In 2016, game developer Psytech released a low-gravity, grappling hook swinging game called Windlands. VR gaming was riding another wave and Windfall bore the characteristics of releases of the period. Many so-called VR games from that time were little more than virtual reality experiences with limited interactivity. VR was a new platform for many developers and, as with any new platform, game makers were learning what they could and couldn’t do in VR.

The first Windlands game is a Zen-like experience where you swing around exploring and hunting for items. The game is a solitary experience with slow pace swinging because the world is one of low gravity. Psytech obviously has taken the lessons learned from Windlands and applied them to Windlands 2. This iteration features a narrative you play either solo or in a four player co-op mode.

What is the same between the two games is the primary method of transportation. The world of Windlands 2 is that of low gravity. Canyons and rock columns dominate the topography. Travel by foot is slow and arduous, if not impossible. Necessity is the mother of invention and in answer to these two dominant features of Windlands, a form of Spider-Man swinging was invented. However, rather than web-shooters, you use grappling hooks.

The slow-swinging parkour platforming was the bulk of the game content for Windlands. Windlands 2 takes those grappling hooks and aims for the next level. This time out, you’ll be doing a lot more than just pretending to be a slow motion Spider-Man. You will be engaged in exploration, looking for 120 collectibles, and in a campaign in solo or four player Co-Op modes. There are skill based Speed Run Races where you can gauge your skill against others on the Leader Board. For the die-hards, advanced modes such as no hooks, one life, and hook anything are available.

The campaign uses familiar beats – a once thriving world has fallen, and an enemy threatens to wipe out the last remnants of civilization. Even the inclusion of voiced NPCs does little to spice up the drama. It is up to you and friends – NPC and Co-op – to save the world from the Titans. The Titans are robots you encounter throughout the levels and function as mini-bosses. To keep you further occupied, the Titans send smaller segments of themselves to engage you in combat.

Windlands 2 employs a highly stylized look. Think Roadrunner cartoon style landscapes, low on textures and detail to allow for the smooth frame rate needed to support the grappling hook locomotion. This is important because not only will you be airborne and swinging, but you will engage in combat at the same time. Your weapon is a bow. Learning how to time your swings and momentum is tough enough. Learning to fight at the same time is a real challenge! Psytech realized this and added a respawn button so you can revive quickly and with no loss of items and status. 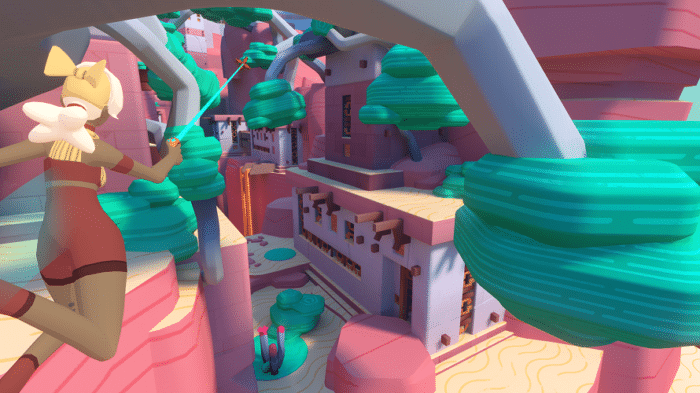 The game is playable with either the Dual Shock or the Move controllers. Playing with the Moves is highly preferable even if the limitations of their tracking are a hindrance. The PSVR setup does not handle 360 degree player movement. However, the roots of Windlands 2 design are in PC VR, which does support 360 degree movement. So enemy engagements take longer on PSVR, which only supports 180 degrees of movement, because you have to do more maneuvering to get yourself in the proper attack position.

Windlands 2 comes to the Playstation three years after it released on PC. This timing is a bit of a mixed bag. On the PSVR side, the release comes at a good time when things are quiet. On the VR tech side, three years is a long time and the locomotion mechanic doesn’t land with a big splash anymore. Games like Smoke and Song or The Walking Dead: Saints And Sinners offer advanced game mechanics that are more intuitive and functionally smoother.

Depending on how you feel about Co-Op versus Solo Play will affect your perception of the game too. This game works much better as a Co-Op experience. The maps are huge and complex because of their verticality. Some missions require the collection of 10 tokens. Completing them by yourself is a test of patience compared to a team approach.

Windlands 2 is a game with a definite learning curve. Getting comfortable with the swinging mechanics takes time. It is frustrating at first, but then it falls into place and you get into the zone. When that happens, the game really opens up. Then combat comes into play and you have to up your skills to the next level. Playing Co-Op really helps to lower the frustration level. 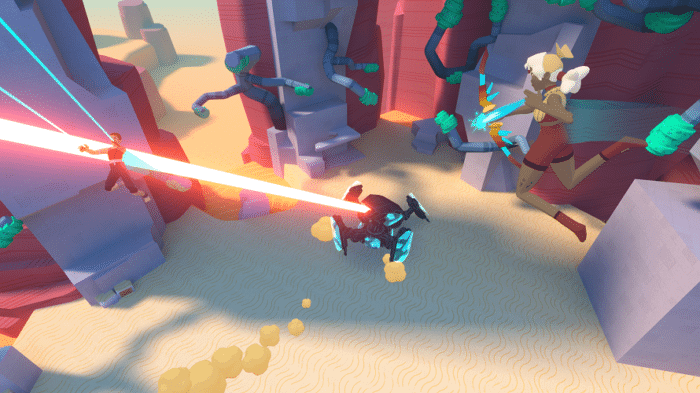 There is a lot of content here to experience. The campaign will take you about seven hours. It would be great to have a little more variety in, well, just about everything. The environments all look the same and there are only a few bosses and enemy types. Another option I would love to see is one where you could change the gravity level. The default value is about thirty percent of earth levels. It would be a hoot to try the swing mechanic on a normal gravity level. The inner child of a lot of Spidey fans would be ecstatic, present company included. Despite the limitations of the PSVR tech and the three-year-old game design, Windlands 2 is still worth a try, especially if you have a couple of friends to play with.

***PSVR code provided by the publisher for review*** 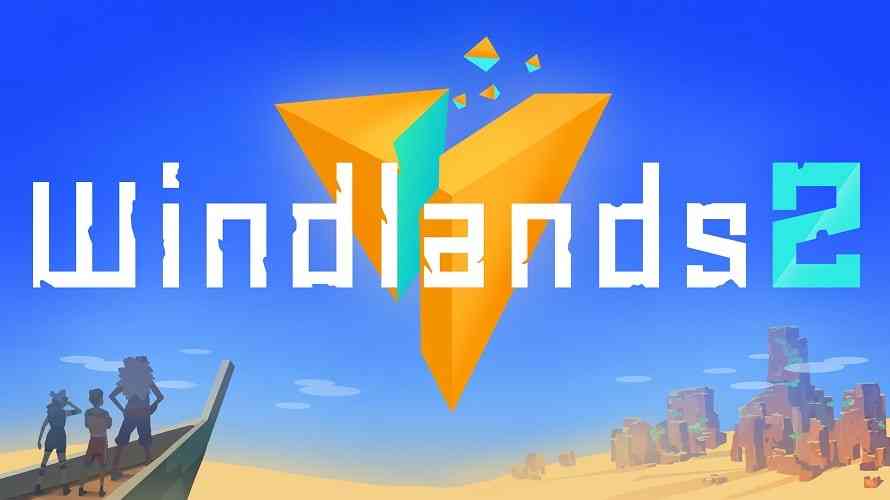 God of War: Ragnarok Dev on DLC, ‘I Would Not Count on It’
Next The Letter: A Horror Visual Novel Review – The Title Doesn’t Lie
Previous Victrix Gambit Dual Core Tournament Controller for Xbox Review – The Purple Pro