Victrix has been around for just over 5 years, developing gaming accessories with a heavy emphasis on the professional esports community. COGconnected recently reviewed the Victrix Gambit Wireless Gaming Headset. While I’ve reviewed many gaming accessories – this is the first Victrix accessory I’ve personally reviewed. Needless to say, I was excited to see what kind of innovations Victrix would bring to a controller. The wired Gambit Dual-Core Tournament Controller is designed for the Xbox platform, and my testing was exclusively done on the Xbox Series X. My focus was primarily on first-person shooters such as Fortnite, Call of Duty Vanguard, and Halo Infinite. Precision, timing, and comfort are all critical factors that come into play here. Does the Victrix Gambit have what it takes to compete with other Pro controllers on the market? Let’s take a look.

Let me start by saying that the controller is absolutely gorgeous. It comes with two different faceplate options; a solid white faceplate and a silicone purple faceplate. I opted to use the purple faceplate – I loved the feel of it and it looked as slick as heck. The purple faceplate is attached via magnets on the controller. Super easy to attach, but parts of it would detach by accident during use – it wasn’t really an issue, as it didn’t impact gameplay, but it was distracting. In addition to the faceplates, the Gambit also includes 2 different styles of back paddles, 2 additional thumbsticks, and 2 interchangeable gates. For back paddles, you can opt for two buttons or four buttons. Unfortunately, the back paddles are incredibly sensitive and I found myself accidentally pressing them way too often. I’ve used other pro-style controllers that handle the back paddles much better. And finally, the controller also comes with a distinct purple 3-meter cord – as noted, it is a wired controller.

While the controller looks cool, its form leaves much to be desired. For one, the controller is actually slightly wider than a standard Xbox Series X controller. Despite my hours of playtesting, it never did feel very comfortable. Everything seemed… off. Another issue was the positioning of the Menu, View and Share buttons, opting for a sort of in-lay approach that keeps their profile low and very awkward to access. When I’m playing Call of Duty, I often like to check the scoreboard, but I found myself constantly fumbling with the appropriate button. Even worse is the controller’s “Multi-Position Smart Triggers” that do not work at all. I have tried, in vain, to adjust the trigger locks, but they simply do not work. The included instruction book didn’t help things either, neither did the downloadable Xbox app. I’ve used at least half-a-dozen controllers with varying trigger locks, and have never run into a situation where I couldn’t actually make the locks work as intended. As noted, the Gambit controller does have a downloadable Xbox app. As soon as I booted the app up, I was prompted with a controller update. After that, I could program the back paddle buttons, and… well, that’s about it. 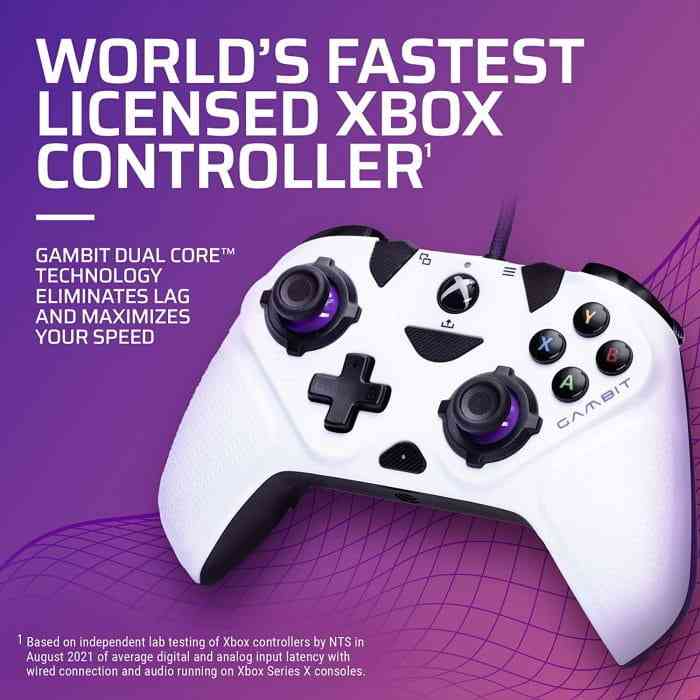 One of the biggest highlights for this controller is its dual-core processor, which dedicates one processor to controller inputs and the other to audio, specifically Dolby Atmos. The benefit is supposed to provide faster inputs, reducing input lag. But in practice, I didn’t notice any improvement at all. Is it possible my input lag was reduced by nano-seconds? Maybe… but again, I just didn’t notice it. The other side of the coin is the dedicated Dolby Atmos audio – so when you plug in a headset, you’ll get the absolute best in audio. Since I use Dolby Atmos-supported wireless headphones anyway, I had no way to test if there was any difference in the audio quality. Apparently, this controller will also provide lifetime access to Dolby Atmos, but since I already subscribe, I have no way to confirm this.

The Victrix Gambit is touted as the world’s fastest Xbox controller, but to be honest, it’s too hard to tell if this is true. At no point did it feel like I had any sort of edge over the competition. In fact, because the controller felt so awkward, I felt like I was at a constant disadvantage. The controller isn’t as comfortable as the standard Series X controller – however, if you have incredibly large hands, the added width might actually be a benefit. The Pro features are nowhere near as well implemented as competitor Pro controllers. The trigger locks don’t function and the back paddles are way too sensitive. The Xbox app is pretty handy for updating the controller and programming the back paddle inputs. Make no mistake, this wired controller is absolutely gorgeous, however, in the end, I was ultimately left disappointed. I’d be very interested to see what improvements Victrix makes to its future Gambit controllers – the one thing I recommend they don’t change is the slick purple look. 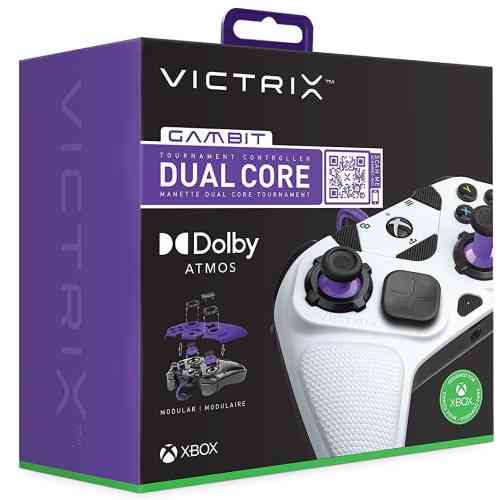