The Dark Pictures Anthology: The Devil in Me Review

The Dark Pictures Anthology delves into psychological fears to tell truly terrifying tales. From Man of Medan’s claustrophobic, nautical thriller to House of Ashes‘ historical, monster horror, every entry in the franchise is unique. With each release, Supermassive Games refine and develop its craft and aims to conclude season one with its most ambitious title to date, but will The Devil in Me be a divine experience or a sinful exploration of the macabre?

Lonnit Entertainment is creating a documentary on the infamous H.H. Holmes. In order to save the company from bankruptcy, they need to ensure that the project is a success. Charlie will do anything for his business, so when he learns about a place that is a recreation of the Murder Castle, he quickly accepts an invitation to stay. The 19th-century hotel is a delicious setting for the game. Its gothic revival interior design makes each footstep a chilling task. The intoxicating atmosphere is enhanced through its stark lighting, which keeps you in a constant state of anxiety. A foreboding sense of danger resides due to items and objects that adorn the oppressive environment. Mannequins linger which builds trepidation as you creep toward your objective. Even though the location is similar to the classics of the genre, the nuances in each crevice make every room a fright.

The Masters of Suspense

The tension between the five filmmakers quickly escalates as strange occurrences send fear into the hearts of the protagonists. The characters are distinct and are wonderfully brought to life through some fine voice acting. Paul Kaye is magnificent. He perfectly communicates his passion for his art but includes an undertone of desperation in his performance. He is central to proceedings with his commitment causing rifts within the group. Jessie Buckley’s character differs greatly from Kaye’s. As the lead presenter, she looks beyond the opportunity at hand and considers future options. Her delivery exudes confidence, making scenes featuring her a highlight of The Devil in Me. 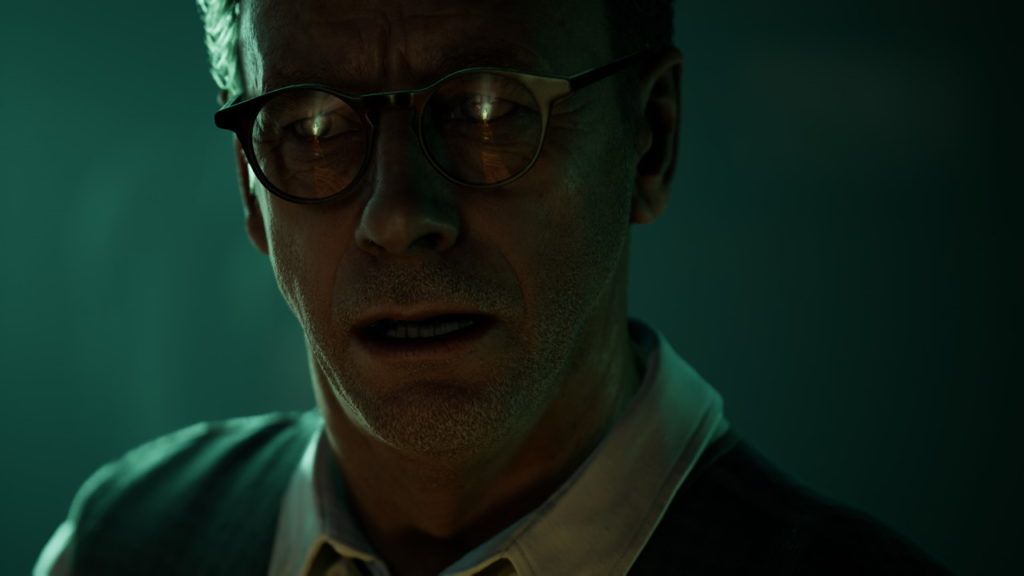 Similar to other Interactive Dramas, the game places choice at the forefront. Each character can die and due to this, your actions and decisions carry more weight. You’ll find yourself agonizing over options to ensure the outcome you desire happens. As you may anticipate, an element of the unexpected is present and because of this, events don’t go as you’d expect. Due to this, the game encourages multiple playthroughs as you can venture down different paths and experience variations of scenarios.

Staples of the franchise return. Dotted throughout the hotel are documents and items that build the world’s lore. If you wish, you can scour the area and gain information about historical events. In addition to this, you will also encounter premonitions of fatalities that may occur. These glimpse into a possible future turn up the pressure when in these segments as the threat of death looms. In addition to these, coins also litter the environment. These collectibles unlock dioramas so you can marvel at the attention to detail on each character model.

While choice remains the game’s focal point, Supermassive Games continue to evolve and develop its gameplay which is most evident in The Devil in Me. You are given more freedom and are able to explore the hotel. Clevely, the game uses its premise to block certain routes. If you are unfamiliar with the World’s Fair Hotel, it’s essentially a maze. Hidden doorways and corridors were part of its structure and the game takes that concept further. Although it’s not a huge area to inspect, it’s a big improvement from its predecessors. The largest step forward is the new traversal system. You can now hop over mid-height barriers and get support to be lifted to entirely new areas. Due to this, puzzles are now more diverse as some include environmental elements. 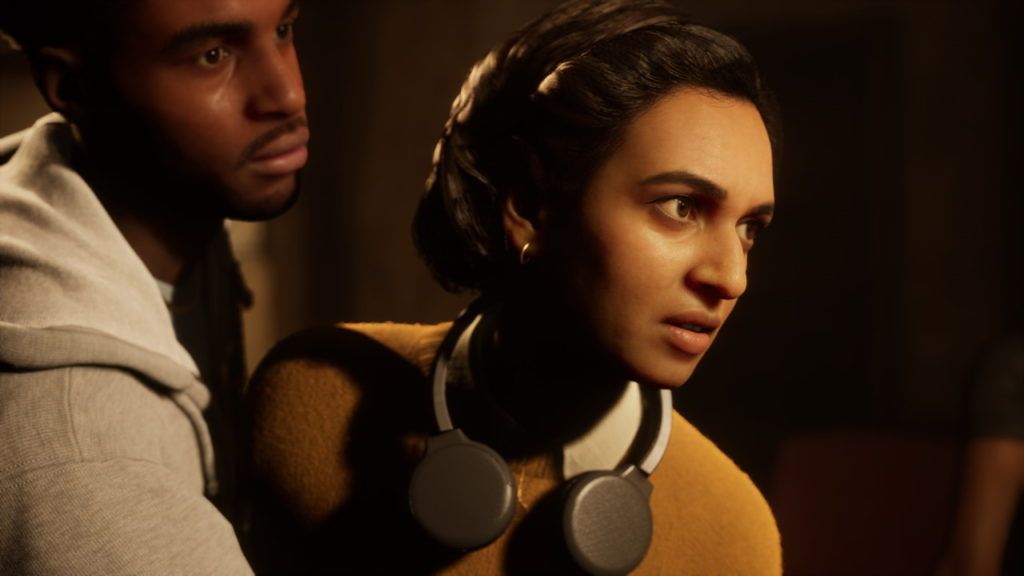 Each member of the cast has specific items that rest in their inventory. These can also be used to find the solution to conundrums and alter gameplay segments. One memorable moment is when you play as Nikki Patel’s character, Erin. As a sound engineer, she has access to specific equipment. While using this, you hear odd sounds which you investigate by following the sound levels. The use of silence in this and many other sequences is impeccable and truly gets your pulse racing.

The Dark Pictures Anthology: The Devil in Me is a fitting end to the season. Each game celebrates the many facets of horror but this title resonates in a way that surpasses previous entries in the franchise. The voice acting is brilliant and this helps to make the characters feel authentic. As well as this, the improvements in traversal and inventory give it more gameplay options. While the movement is a little stiff and the concept is still cliché, the execution of its storytelling and characterization is to die for. 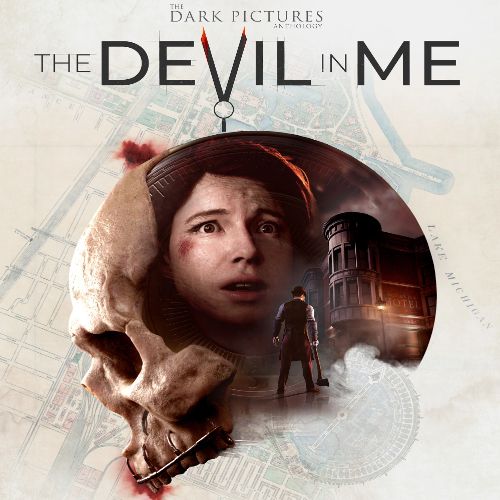 Get Ready for God of War Ragnarök With This Recap Video
Next Evil West Review – Gruffy the Vampire Slayer
Previous Star Ocean: The Divine Force Review – Thwarted By The Camera