Deadly Premonition 2: A Blessing in Disguise Review – Weird and Wonderful

Back in 2010, Deadly Premonition divided critics and gamers. Some thought it was broken and dated whereas others felt it was misunderstood; as a result, the game built a following and is now referred to as a ‘cult classic’. Fast-forward 10 years and the renowned director commonly referred to as SWERY is set to release Deadly Premonition 2: A Blessing in Disguise, but is a return trip to rural America worth the price of admission?

Serving as both a prequel and sequel to its predecessor, you take the role of the original protagonist, Agent York, and new addition, Agent Davis. Told in a non-linear manner, Deadly Premonition switches from past and present throughout the well-executed narrative. As York, you investigate the 2005 murder of Lise Clarkson, a young girl whose family have monopolised the trade industry in the small town of Le Carre. In the classic ‘whodunnit’ manner, you gradually piece together snippets of information in order to get a full picture of what happened at the crime scene.

Switching to 2019, you take control of Agent Davis and the socially awkward Agent Jones who are interrogating the now ex-FBI Agent York about the events of 2005. Something doesn’t add up and Agent Davis, in particular, is determined to find out the truth behind the mystery. Although always intriguing, the story is as mad as a box of frogs and often assumptions and conclusions come together at random. David Lynch and David Cronenberg’s influence on the story is apparent and if you enjoy the mad movie moguls’ style, then you’ll enjoy the twisted tale in Deadly Premonition 2: A Blessing in Disguise.

The world of Le Carre is full of life and character. Each venue you visit has its oddities and quirks which made every minute of exploration a joy. From the mullet sporting son-in-law to half-naked Jazz bands, there are surprises around every corner, however, traversing those corners are where the issues lie. With framerates that are about as steady as a three-legged horse and graphics that would barely be adequate on the PS2, at first glance, many may turn their nose up at the performance of Deadly Premonition 2. With long load times and poor performance in docked or in handheld mode on the Switch, you really need to dig through the dirt to find the treasure. 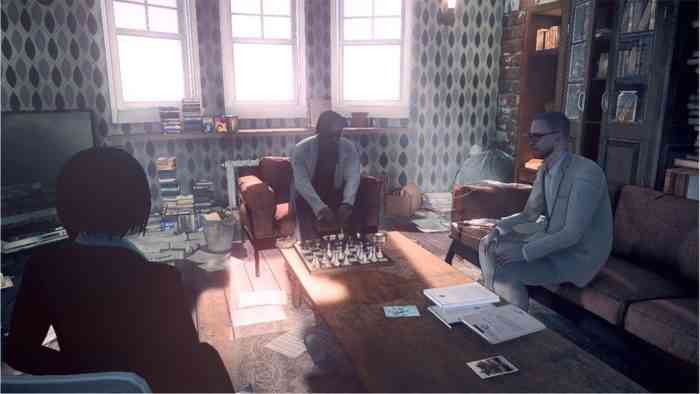 Getting around La Carre can be a pain. Even though it’s amusing to see the suited FBI agent opt to skateboard his way around the streets rather than drive, in practice, it’s rather frustrating. When skating the streets, a thundering sound which is supposed to replicate the wheels spinning on concrete blares at an unruly volume. To accompany this, a jolly soundtrack is audible beneath the racket and abruptly halts as soon as you get off the skateboard which makes the transition from skating to walking jarring.

Missions in Deadly Premonition 2 are well executed. You are given different lines of inquiry to follow, which results in subsequent missions delving deeper into the absurd and absorbing narrative. From impressing the elderly with your bowling skills to shooting demons in demonic environments, the investigation at hand is both broad and fascinating.

Staying true to its B-movie influences, the voice acting is terrible in a funny sort of way. Similar to cult classics such as The Room, it’s hard to know if the game has been written in a manner which is self-aware or if it’s just bad. Either way, I love it! Film fans will be continuously amused due to its blatant references throughout the game. It’s clear that SWERY is a fan of cinema and this is a love letter to a medium that he is passionate about, however, the poorly animated cutscenes take away from the cinematic feel of the game. 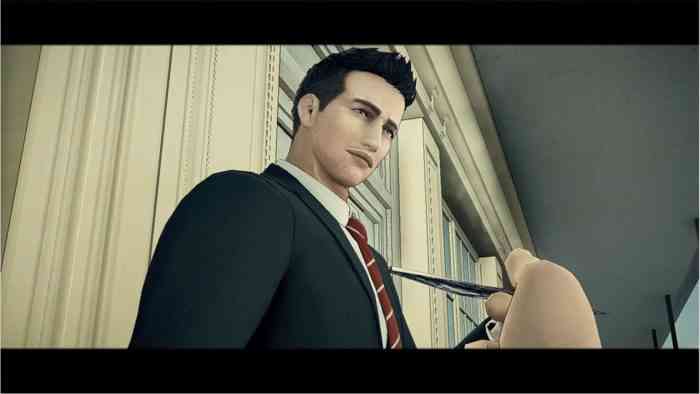 Similar to Shenmue, the game has a real in-world clock, meaning that certain shops, activities and missions can only be accessed at particular times. So, what will you do in the meantime?

Well, there are lots of mini-games and activities to keep you busy whilst killing away the hours. For example, you can hit the lanes and attempt to bowl the perfect game, take a trip to the river and skip some stones or even go to the Bayou for a river ride. However, if that’s not your thing then just go to the hotel and have a nap. You will need to manage your hunger, stamina and hygiene throughout the game. Go up to someone with considerable B.O. and you will receive a penalty. Think that’s harsh? Just get a shower!

Deadly Premonition 2 is a strange game that conjures an array of emotions. Think back to a time when you were given a drawing, a piece of art or craft from a 6-year-old. Their eyes beam as they bless you with a gift that has been made from nothing but love. Upon receiving the item, you gaze at the poorly crafted product and although it has its flaws, you can’t help but love it — this is how I feel about the game. 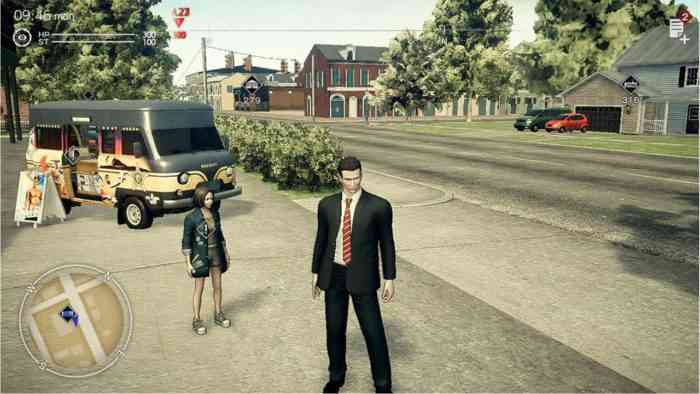 B-movie aficionados will fall in love with this title. Like the films it has been influenced by, TOYBOX Inc. has kept the unpolished, anti-establishment feel of the game in honour of those auteurs who go by their own rules. As a result, you are left with a diamond in the rough which rightfully will deter some gamers. Fans of the original will not be disappointed with a trip to Le Carre whereas newcomers may feel like the game is not only set in 2005, but created then, too.

Retrospace, Disco-Punk Horror, Announced by The Wild Gentlemen
Next Night Call Review – Detective Work Takes a Backseat
Previous Story of Seasons: Friends of Mineral Town Review – Blast to the Past