Another year, another hockey season, and that means EA Vancouver is back with the next entry into everybody’s favorite annual NHL franchise. Of course, given that Electronic Arts hasn’t faced real competition in the sports game market for the better part of two decades, that tends to be a decision made by default. Though, regardless of how underwhelming each of these games turns out, it’s understandable that EA doesn’t feel the need to go balls-to-the-wall with each iteration when there isn’t a possibility that you’ll go buy someone else’s product.

NHL 22 might be the most disturbing reminder of this yet. While it plays as well as it ever has, the lack of innovation from this development team has become beyond frustrating.

We should have known going into this October that NHL 22 was going to feel remarkably similar to ’21. I’ll admit that things feel smoother than last year. Players continue to pick up the puck mid-stride, significantly adding to the overflow of games. And there’s no denying that the newly implemented Frostbite engine is working to make things a bit crisper. But the minor improvements Frostbite provides to only a handful of animations (and players, for that matter) won’t be noticed by the casual fan.

I don’t want to be mistaken – I do think the Frostbite engine is a fantastic update to the NHL series. The problem is we won’t truly see the fruits of its frosty labors until these games are no longer made for the previous generations’ systems. I wrote about it in my preview article for NHL 22, but when EA was driving home the fact that Frostbite was coming to both last and current-gen consoles as a central selling point, it spoke volumes. Frostbite might be a step forward for the NHL series, but it does nothing to make the game feel more like a simulation and less of an arcadey mess.

So much of NHL’s issue stems from the abysmal AI – both opponent and teammate – because they lack the ability to assess situations at the speed at which hockey is played. Stop to take a look at every player on the ice that isn’t touching the puck, and you’ll see a circus of skaters, spastically moving around and desperately trying to figure out where they need to go next. For every piece of the puzzle that the Frostbite engine has improved, it’s also working overtime to highlight just how unrealistic a large chunk of NHL 22 is. 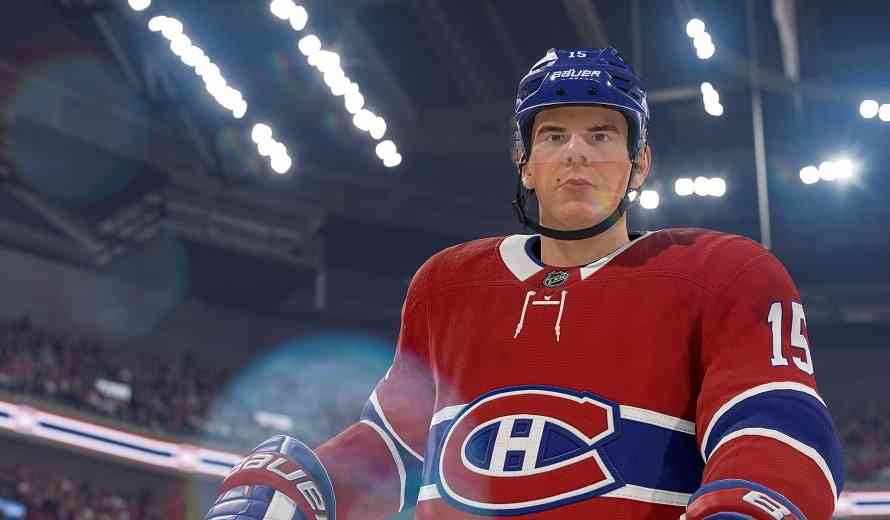 The character models and animations that have benefited from the Frostbite engine are miles ahead of last year’s counterparts. But, as is the case with each new sports game, rookies and players who don’t impact the outcome tend to get left stranded at sea. The likes of all-stars, such as Drew Doughty or Steven Stamkos, look phenomenal. On the other hand, Cole Caufield or Dawson Mercer look like something out of my deepest, darkest, Sears-mannequin-laden nightmares.

Equally as bothersome, the highly touted “X-Factors” that have been seen in Madden feel like nothing more than a cheap gimmick that doesn’t fully meet its potential. Players with high overall ratings already dwarf the lower-rated competition, so Auston Matthews or Anze Kopitar apparently having an increased ability to make a pass isn’t something I can necessarily feel. Patrick Kane is already a monster on his backhand, but he doesn’t feel any more proficient at putting the puck in the net. You get my point. As time goes on, maybe we’ll see the X-Factors start to play a more prominent role, but as of now, the entire system feels like a dud.

New abilities aside, I’m not sure how much longer the NHL series can stay afloat without EA Vancouver bringing more to its various game modes. Franchise, for example,  is something that fans desperately want to be overhauled, yet, continues to feel as if it was copied and pasted from last year. Minor improvements have been made to player interaction, giving us the chance to get to know our roster on a more personal level. But, these conversations never feel like they’re genuinely making an impact on your team. 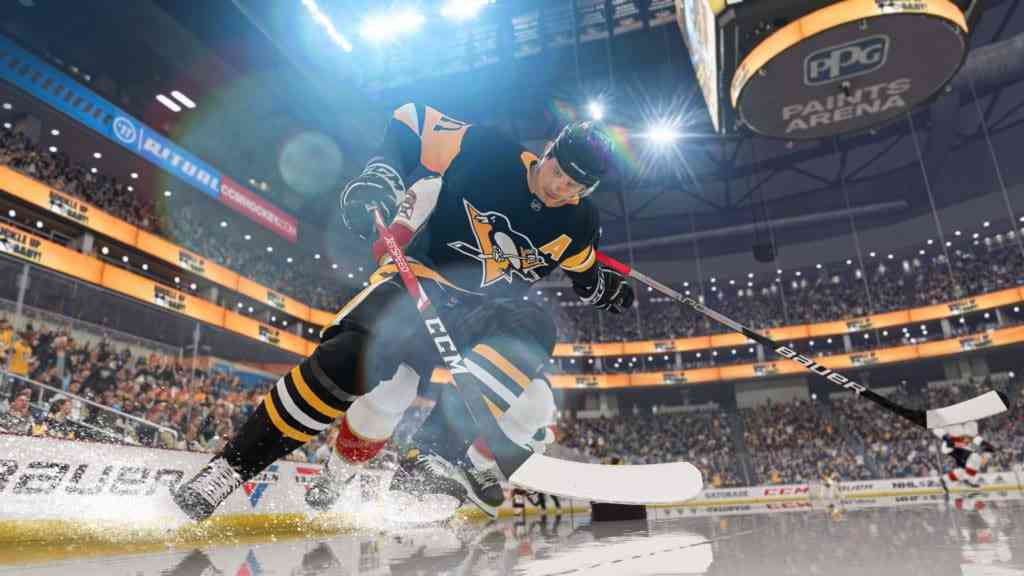 Forget about shortcomings in innovation, though, because NHL 22 is rife with bugs. Within my first three games, I’d seen a smorgasbord of technical hiccups ranging from players flashing in and out of existence to cameras going inside the heads of fans. I can’t believe I had to write that, but here we are. Given the backlash Madden received this year for its blunders, I’m surprised to have seen so many problems so early on. Then again, maybe I shouldn’t be.

I should note, however, that if you’re intent on picking up NHL 22, you’d be wise to do so on PS5 if possible. EA Vancouver has made fantastic use of the DualSense controller, astonishingly enough producing one of the better uses of its gimmicks yet. You feel the blades of your skates digging into the ice. You hear your coaches yelling at you to change lines. The goal horn blares, and arena music pumps through the speaker. All of this helps to create immersion in a way that’s never been felt in the NHL series.

For better or worse, I’ll be here next year. And I might not know how NHL 23 is going to turn out, but I know that thanks to its controller, I’ll be finding out on PlayStation.

I can’t see the NHL franchise reaching the heights of its mid-2000s glory years anytime soon, but at least we have the Frostbite engine in there to start building upon. It took far too long to arrive, though; it’s here now. And while I can see the potential for it to one day have this series feeling exciting again, I don’t see that happening for a long time. But, hey, it’s the only hockey game in town, so I guess I’ll see you on the ice.