Over the past two weeks, I’ve spent countless hours in Rigbarth, the main town of Rune Factory 5. And I feel like I’ve barely scratched the surface. That’s a double-edged sword. On one hand, it’s a compliment to the massive amount of sheer content that this game delivers. Rune Factory 5 has a lot going on. On the other hand, it also points to a general lack of focus that could bring all those disparate things together.

You see, Rune Factory 5 is a game with many different identities. One of those identities is a JRPG. There’s an overarching story, or main quest if you will. It involves your character waking up, with no memories, and being taken in by Rigbarth’s townsfolk. They decide to make you a member of their civil defense force, called SEED. You gain SEED points by doing various tasks, which range from minor deliveries to solving minor mysteries in town to fighting big bad boss monsters in dungeons.

There’s monster taming, like Pokemon. During combat encounters with enemies, you can give them food or other items. Each time you do, they become less hostile. Eventually, provided you can win them over before they beat you to death, you can make the enemies your pets. They can then follow you around and even defend you from other monsters. You collect them in your special Monster Barn, and you have to groom them and keep them happy.

Rune Factory 5 is also a farming sim, very much like Stardew Valley or Story of Seasons. You’re given a plot of land in town to hoe, plant, water, and harvest. You can make money by selling your produce, or you can cook it using recipes you learn–by eating recipe bread, naturally. The money you earn can be used to upgrade your home, or just to buy supplies like potions or seeds. 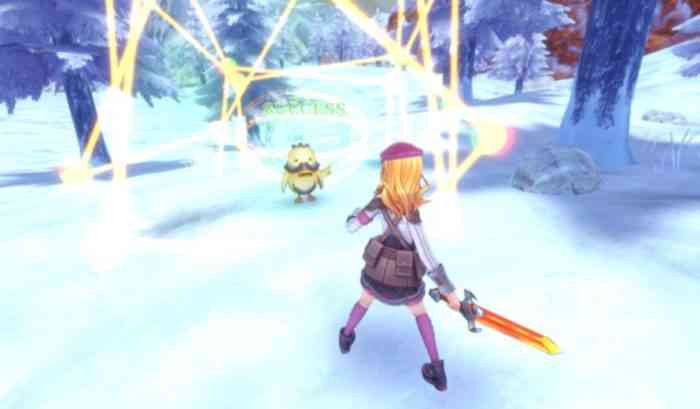 Another facet to Rune Factory 5 is a relationship sim. As you interact with Rigbarth’s citizens, you build relationship points with them. Giving them gifts, talking with them, and performing tasks steadily increases their opinion of you. This can eventually lead to friendship and more–including marriage and children. Plus, a new feature in this fifth iteration of the Rune Factory series is the ability to have same-sex relationships.

There’s just so much to do in Rune Factory 5 that you’ll spend a long time just learning it all. It felt like the first 2 or more hours I played were one big tutorial. I was still learning new things at the third hour, including some pretty crucial aspects like using fertilizer for farming. I didn’t even find out the game had fishing until hour five.

And it’s all pretty fun. Even the fact that Rune Factory 5 is mostly derivative of other games is fine. It feels familiar and easy to get into. The farming is actually almost identical to Stardew Valley, and I love that game. The JRPG fetch quests and monster fighting keep you busy and you know exactly where you need to go and what you need to do to find and beat the bosses. Even the fishing feels literally identical to fishing in Animal Crossing, and it’s just as addictive. You’ve played this game before under various titles over the years.

But something lacking in Rune Factory 5 is focus. I said in my preview that it feels like three games in one. And that is, in some ways, good. You get “a lot of game for your buck” here. But it’s also a bit of a problem too. Even after many hours of playing, I never shook the feeling that I was playing three or more totally separate games. My playstyle sure seemed to reflect that. After a few hours of farming, I’d stop and decide to pursue the story a bit more. I’d go fight some monsters, maybe clear a dungeon. Then, I’d move on to doing some cooking, or crafting, mostly just because I felt I had neglected it. And so on.

All of the games, the systems, and the various threads in Rune Factory 5 feel a bit disjointed. And this game is trying to do so much at once that each individual element suffers a bit from a lack of follow-through. The menu system, for starters, seems poorly thought-out. If you want to choose a different tool, such as switching out your hammer for an axe, you’re forced to open the menu, choose the tool, equip it, close out the menu, and press the left D-pad to grab it. You must do this every time you want to switch tools. Every. Single. Time. I refuse to believe this was play-tested by humans and they were okay with it.

Another good example of this is the leveling system. You get progression points for almost everything you do in the game–from using swords and shields right down to chopping wood and even sleeping. But it isn’t made clear how these levels factor into the game. I’m assuming that sword skills helped with my attacks. But what about walking? Did raising my walking level help me in some way? If so, I never learned how. I honestly don’t know what my overall level is right now, and I’ve never felt the need to keep track.

On a technical level, Rune Factory 5 is also a bit uneven. Visually, the quaint seaside town of Rigbarth is a bright and vibrant place, to be sure. But it feels sterile and lifeless. Maybe that’s due to the visuals. In the move to a 3D environment, the series’ latest title doesn’t feel latest-gen. Textures like grass and bushes are disappointingly low-res and blocky. NPC movement is not smooth, and I hate to say it but Rune Factory 5 looks like a PS2-era title at its worst moments. Maybe there were logistical challenges developing a big title like this during COVID, but the lack of polish and finish in the game suggests that time and resource constraints caused some corners to be cut.

More concerning are the frame rate drops. Especially after a load screen, I experienced stuttering. I found any time I was turning the camera rapidly from side to side, frame rates suffered to various extents. It was never game-breaking but it was annoying. During combat, especially boss battles, it could be quite frustrating. In moments when I needed to run around an enemy to dodge or attack, losing frame rate could be a killer.

Look, I feel like I’ve been spending a lot of time here bashing Rune Factory 5, and maybe I have. But let me emphasize that I still had a lot of fun with it, and I think other players will too. I might be even a bit addicted to it, honestly. There’s just too much here to not like on many levels. But it’s just missing some finish to its technical aspects, especially the visuals and menus. And it needs some follow-through on all its great ideas to make it coalesce into one great experience. Yes, Rune Factory 5 is many games in one, for better or worse. And if you’re ok with that, you’ll have a lot of fun with it. Now, let’s just hope they fix that menu.

** A Switch code was provided by the publisher ** 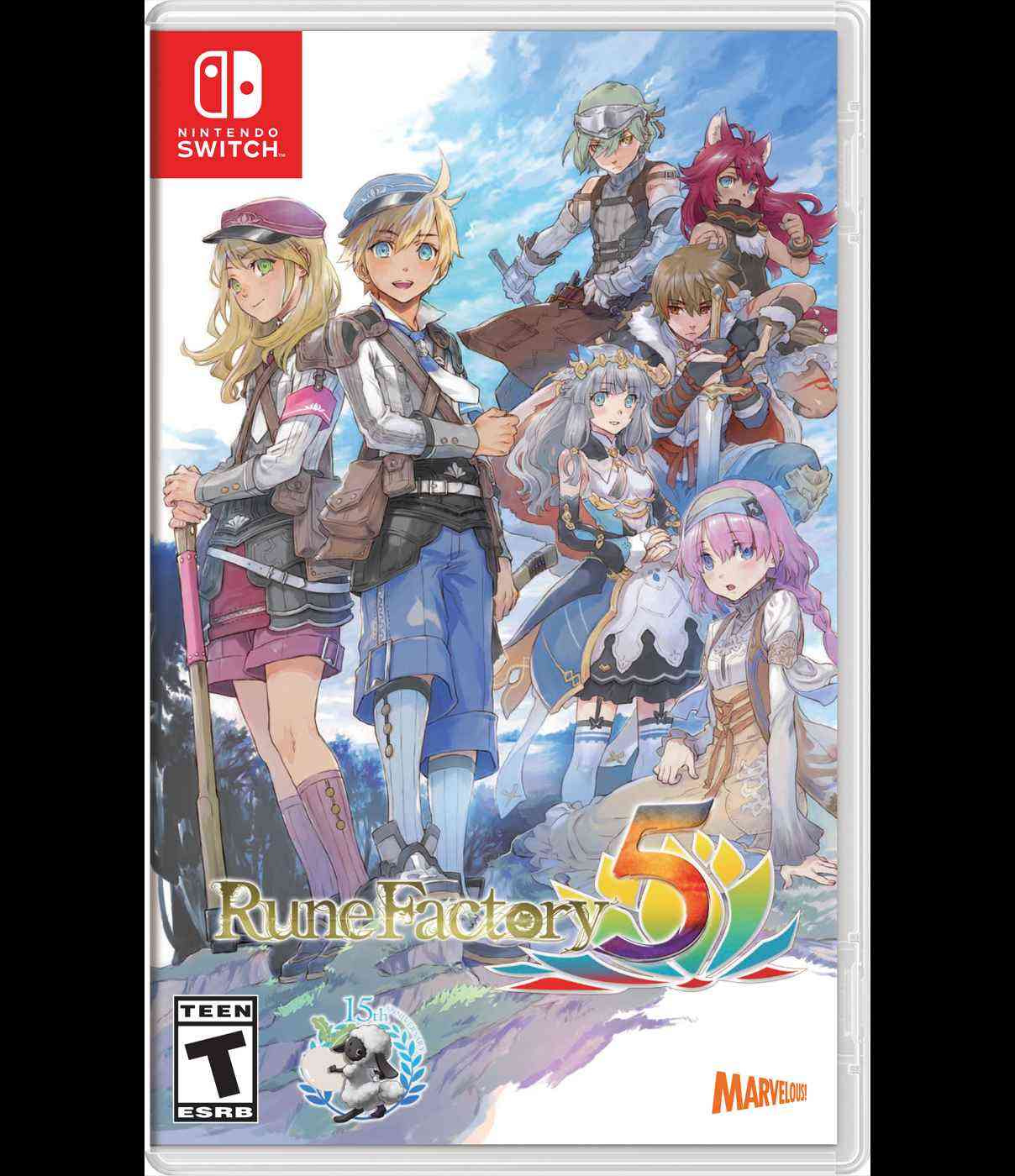