Ring in the New Year in Animal Crossing: New Horizons

While some of the world is already in 2022, there is still a full day of festivity ahead of many for us to celebrate the end of 2021. One such way to celebrate will be in Animal Crossing: New Horizons, during its annual New Year’s Countdown event.

Beginning at 5:00 this morning, players will find a large timer counting down to the New Year on the outside of the Residential Services building in Animal Crossing: New Horizons. Tom Nook and Isabelle will be waiting for players there all day, with the official countdown event starting at the final hour before midnight. 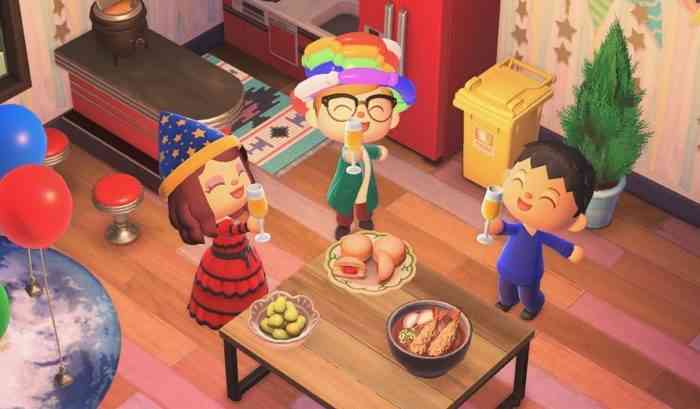 Once the clock strikes midnight, the villagers will celebrate with fireworks to commemorate the calendar changing. While this is a cool in-game moment for players, there are also a ton of items players can collect.

Firstly, players in Animal Crossing: New Horizons can collect a light stick from Isabelle. They can hold and wave it around during the celebrations. On the not-so-free side, the entrepreneurial Tom Nook has some items for sale. This includes a New Year’s hat for 500 bells and a five party poppers for 300 bells. But he will throw in a free pack or party poppers when you first talk to him.

There are also a variety of New Year’s items in Tom Nook’s seasonal section available for a limited time. This includes fizzy apple juice, Olivier salad and New Year’s noodles avialable until December 31. There is also a 2022 celebratory arch, Kadomatsu, Zodiac figurine and New Year’s shimekazari available until January 5.

All villagers should fire up their copy of Animal Crossing: New Horizons if they can’t see a real life fireworks show. Or if they want to deck out themselves in a festive outfit, now’s the time to collect!