Deep Rock Galactic Gets Some Sweet DualSense Features on PS5

Can You Dig It?

PlayStation owners can ring in the New Year with Deep Rock Galactic. Not only will it be debuting on PlayStation, but it will be on PlayStation Plus in January. Previously exclusive to PC and Xbox, this game of digging dwarves has been heavily praised for its multiplayer experience. Now that it is jumping consoles, it will be getting some unique DualSense features.

The PlayStation 5 DualSense controller will be used for a couple of different gadgets normally used in Deep Rock Galactic. First off, the Terrain Scanner can be controlled with the touch pad in the middle of the controller. The built-in speakers can also be used as the in-game radio, so you can hear other characters’ callouts with it. Deep Rock Galactic will be coming to both PS4 and PS5, but obviously the DualSense features will be limited to the PS5 version. 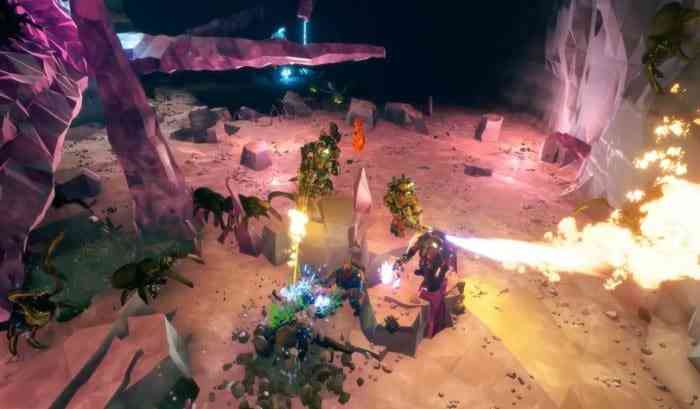 To celebrate the PlayStation launch, developer Ghost Ship Games has released a new accolades trailer. It has a clever Dwarf shanty called Rock and Stone, which might stick in your head during those deep treks underground. Unfortunately, crossplay is only available between PC and Xbox One.

The game will be coming to PS Plus on January 4th, along with Persona 5 Strikers and Dirt 5. Deep Rock Galactic is available now for PC and Xbox One, as well as with Xbox Game Pass, but will be joining PS4 and PS5 next month.

Will you be playing Deep Rock Galactic next month? Let us know in the comments below.