An open-world, first-person shooter with magic instead of guns, a horror game and a mystery-infused ghost story, Ghostwire: Tokyo is a fascinating mixture of genres, mechanics and ideas. But interesting doesn’t always mean fun, and genre mashups can be a mixed bag. So, how does Ghostwire: Tokyo measure up? Is it scary good or frighteningly mediocre?

Who Ya Gonna Call?

While Tango Gameworks birthed The Evil Within franchise, Ghostwire: Tokyo is not really a traditional horror game. Despite lots of weird and disturbing, nightmare-fuel images, jump scares are rare. There are plenty of things to be afraid of to be sure, but Ghostwire: Tokyo is more aligned with traditional open-world RPGs: find and destroy the big bad. There’s a main campaign and lots of side missions that add flavour and story to the experience.

If you’ve seen the E3 trailer, you know the gist of the narrative. Millions of Tokyo’s residents have disappeared, their spirits claimed by a powerful demon in a hannya mask. The thriving metropolis is now a literal ghost town. Untethered spirits are everywhere, uneasily existing between death and the afterlife, their work on earth unfinished. City streets are awash with a corrupted spiritual force. Everyday objects have turned into shatterable sources of spirit energy and the city’s temples have become havens for yokai and other monsters. 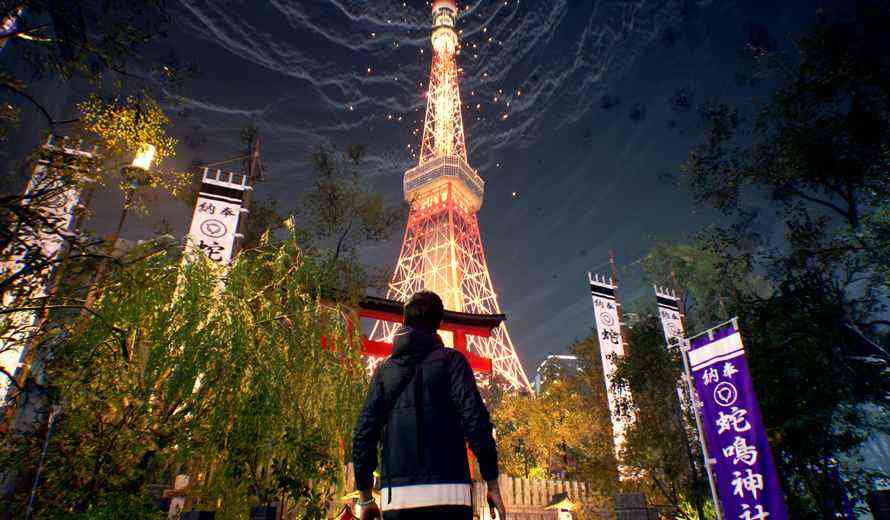 Every quest needs a hero, and in this case, he’s an unwilling one. You play as Akito, a human whose dying form is now the vehicle for a spirit named KK. KK, for reasons of his own, seeks to destroy the demon that is ravaging the city. Akito wants to save his kidnapped sister’s spirit from eternal damnation, so the pair form an uneasy truce. KK guides Akito to increasing power. Akito becomes KK’s agent of destruction. It works out.

I Ain’t Afraid of No Ghost

Without giving away any of its mysteries or revelations, the campaign in Ghostwire: Tokyo involves moving through key locations and districts of the city, clearing temples of evil energy — which, in turn, open new parts of town — as KK and Akito move closer to understanding the who, what and why of Tokyo’s sudden transformation. Markers on the map point to the next campaign objective and highlight optional side missions.

Generally speaking, the main campaign missions nearly always end with increasingly challenging bosses or combat scenarios. The side missions are more varied. Some of them exist primarily to provide story and context, or to help Akito find new items or consumables. For example, a side mission might send Akito into an apartment to clear it of evil energy, or to find a precious object for the ghostly resident trapped outside. Not all of the side missions are engaging, but for players invested in the story, they add flavour and information.

Of course, there are plenty of random ghosts and demons to fight out in the world aside from the missions themselves, along with thousands of floating spirits to rescue, animals to pet and shops that sell healing items and other consumables.

Round, Round, I Get Around

Although it often strays into a surreal, ghostly realm outside of time and space, most of Ghostwire: Toyko takes place in present-day Tokyo, which has been faithfully and impressively rendered. It’s a city awash in reflections, neon colour and detail. You don’t explore entirely at street level, either, as early on you gain the ability to grapple to the tops of buildings by magically hooking to floating monsters. It’s not the greatest grappling mechanic, unfortunately, and it’s often imprecise and unclear when or why it should be used.

While much of the city is beautiful but static window dressing, quite a number of apartments, temples, train stations and shopping malls have explorable interiors. Some of these are fairly empty of character, while others are intimate spaces that have the energy of recently departed life. It’s clear from every frame that Ghostwire: Tokyo is a love letter to that great city, and to folk traditions around ghosts and spirits (not to mention the traditions around ghost stories and horror games). 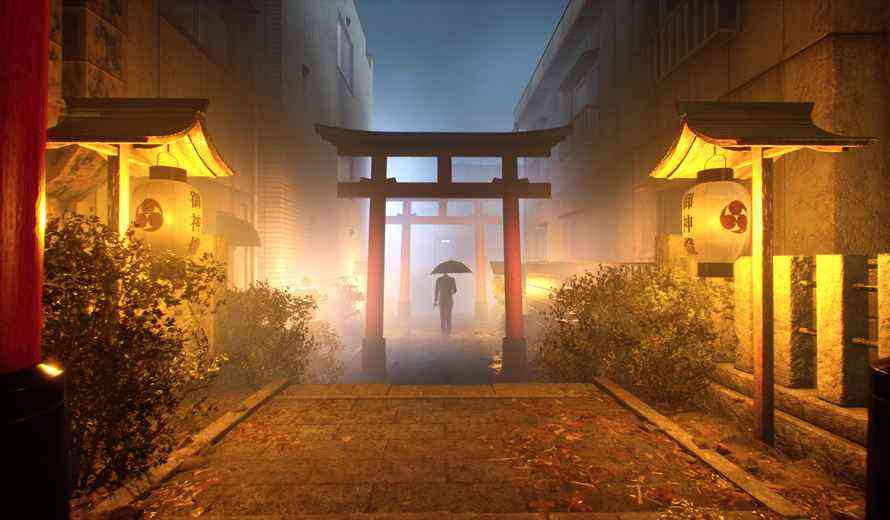 Ghostwire: Tokyo looks its best in its lighting and detailed cityscapes, but it falls behind the curve in most of its human and ghostly human characters. They’re stiffly animated — albeit sometimes on purpose — and feel jarringly last gen. The monster designs are combinations of the mundane and weird, ranging from headless schoolgirls that have nasty flying kicks, to umbrella-toting, faceless businessmen. There are lots of more monstrous yokai-inspired creatures as well. Now and then, Ghostwire: Tokyo almost has a Serious Sam vibe, as clots of screaming beheaded enemies surround the player.

So, Let’s Talk About Combat

First-person combat plays a huge role in Ghostwire: Tokyo, and by and large, the news is relatively good. Instead of guns, Akito has a growing arsenal of elemental wind, fire and water magic spells he can use against the ghosts and demons. It takes several hours of gameplay to unlock them all, but each of the elements has lock and key uses against specific enemy types. Of course, Akito levels up his spells by essentially earning XP in combat. Progression is relatively slow but steady and the player usually feels on the cusp of not being quite strong enough. Akito also has a bow, and it can prove incredibly useful in combat as well as in puzzle solving.

Ghostwire: Tokyo includes the ability to initiate spells by weaving patterns in the air using the controller. This is not a new idea, but it adds a nice element of immersion. It’s also about as graceful as drawing with a potato, and luckily you can turn it off if you find it frustrating. While we’re talking about frustrating, there are a great many animations that are simply too slow and imprecise, like grabbing consumables in the heat of combat. Movement in combat — and in general — is glacially slow and deliberate until Akito levels up his speed. Even then, there’s a definite lack of fluidity that never entirely goes away. Aiming in combat is also floaty and one wastes a lot of spirit ammunition just targeting the enemy with accuracy.

Is There a Ghost of a Chance?

Ghosts and spirits play a huge role in Japanese culture, religious traditions and folk tales. Ghostwire: Tokyo resonates with this understanding. It cleverly combines elements from several different genres and generally speaking, the alchemy is successful and engaging. We don’t often think of first-person shooters with spells and enemies that are entirely spiritual. It also has a narrative that is driven by more nuance than good versus evil. There’s some spiritual depth along the way. 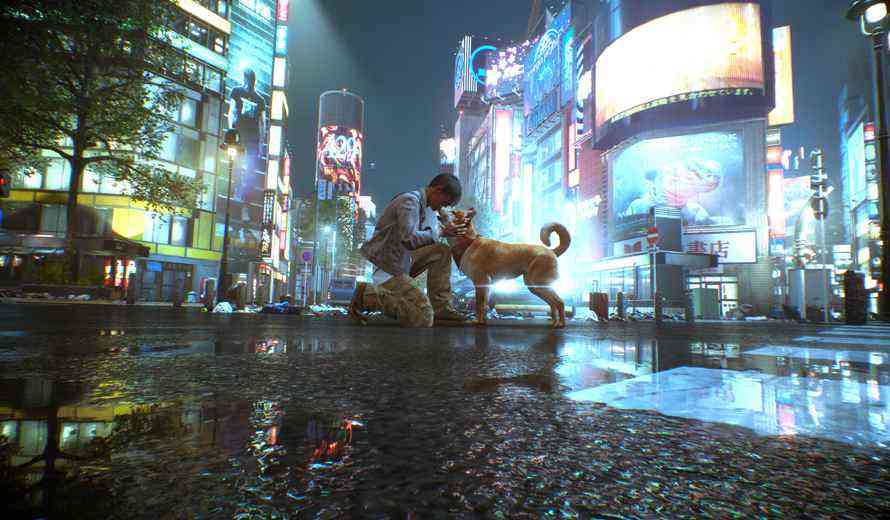