A lot of gamers have been disappointed by the lineup of exclusives that the Xbox One has featured throughout its lifespan. To a certain degree, Xbox seems to agree with Xbox Games Studios expanding tremendously in recent years and announcing major new titles at XO19 recently in London. The future of the brand is promising and I think you’ll find that as you progress through this list, the Xbox One had a few prime exclusives and some of the Xbox 360 titles are also backwards compatible. In the realm of backwards compatibility, Xbox One definitely has the edge over PS4 and these are the definitive Xbox titles you should check out:

Starting off our best Xbox games of the decade is the last successful Fable title and one that continues to divide gamers today. While the original Fable started an unforgettable action-adventure with RPG elements that felt like a fairy tale unfolding, Fable III ends the trilogy with the hero overthrowing the King of Albion to become leader. The final decision of the game presented gamers with three choices but only one of them felt like the viable ending with the others lacking much purpose but both offering a unique twist to the story. The game suffered from too much hype at launch while lacking an ending with impact regardless of which choice gamers went with. Although Fable fans felt slighted by Fable III at launch, I’m sure by now they’d just like to see a modern, main series Fable experience. 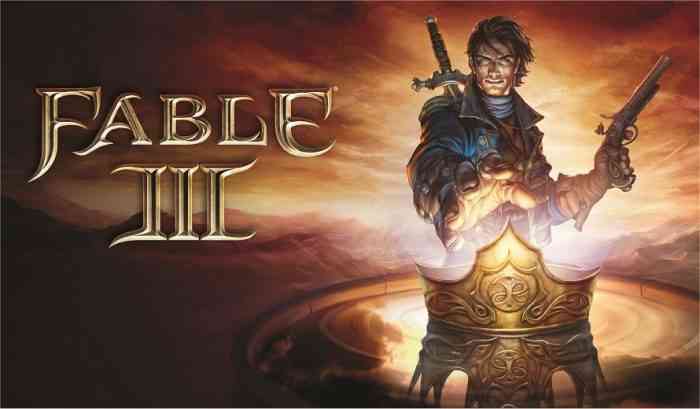 Being a fan of mech games since I was a kid playing Custom Robo on the GameCube and Armored Core 2 on the PlayStation 2, I wasn’t sure what to expect from Respawn Entertainment’s Titanfall but I knew I would love it. The combination of speedy gunfighting as a Pilot and sluggish brute force inside the Titan made the multiplayer experience refreshing compared to other titles at the time. Each Titan has its own style just as each loadout will change the gameplay for Pilots and I took time getting to know each one before settling on the assault heavy model. Although other Call of Duty titles included wall running, the parkour mobility of Titanfall was unparalleled at the time and the games multiplayer has arguably only been topped by its sequel. Check out our review for Titanfall here!

Sea of Thieves has become Rare Studios Xbox One hit open-world pirate adventure game that has pirates teaming up with people from around the world to solve puzzles, hunt for treasure and defeat terrifying ocean dwellers such as the Kraken. Although it had a bit of a bumpy release in 2018, Sea of Thieves has received significant changes that made the game what players were expecting when it launched. The team that remains working on Sea of Thieves is clearly as passionate as the fanbase with the Fort of the Dammed changing the combat system. Gamers can now have pets follow them across the seven seas unlike at launch and the Black Powder Stashes update was one of many that effectively told a story using the environment. If you ever dreamed of being a pirate, Sea of Thieves is for you but the following are our thoughts of the game at launch:

Insomniac Games ensured that Sunset Overdrive was both worth the wait and worth buying an Xbox One for when it launched. The action-adventure combines great shooting mechanics with Jet Set Radio quality parkour and grinding rails, powerlines, etc. Though on paper, the combination would puzzle me, in execution Insomniac and Microsoft were able to craft a combat system that I’d like to see other studios attempt to flesh out even further. It had a speed and rhythm to it that can’t be compared to any other game and the colourful, cartoonish visuals compliment that rhythm while making the potential for a crazy arsenal of weapons completely open. Weapons such as the Nuthin’ But the Hits which fires colourful vinyl records that bounce from one target to another and The Dude which fires heavy bowling balls at enemies. Check out our review for Sunset Overdrive here!

Although many other Forza titles have come along since Forza Motorsport 4 and further perfected the formula, this title set the bar for simulation racing titles on the current generation to follow. The vehicles handled more appropriately to how they were tuned compared to Forza Motorsport 3, the graphical fidelity was some of the best on the Xbox 360 and this is the first Forza title that felt like a road trip as well as high-stakes racing competition. Although the Horizon titles have taken this road trip concept miles further than Forza Motorsport 4 did, the fundamentals seemingly began with this definitive Xbox 360 racing title. Forza Motorsport 4 was the definitive simulation racing experience on the Xbox 360.