Sunset Overdrive 2 Could Be a PlayStation Exclusive 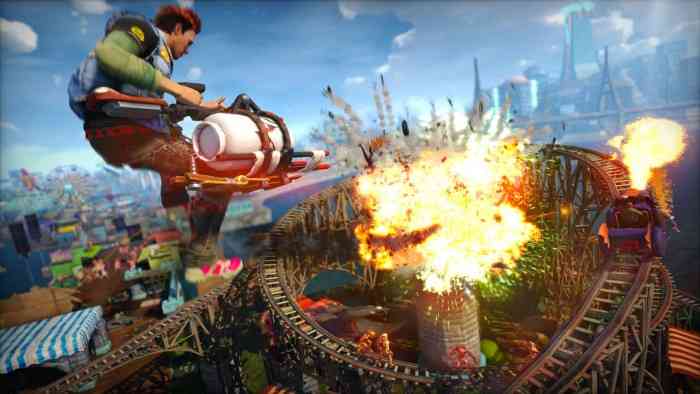 “SIE holds the rights to past Insomniac works,” Yoshida told Japanese gaming news outlet Inside Games at TGS 2019. He also said that he was “looking forward” to future Sunset Overdrive games.

Hopefully these future games will impress as much as the first game did back in 2014. Our review praised the first Sunset Overdrive as “a game that attacks so many senses, in a good way, that you may just find yourself not wanting to stop playing.”

“From the visual art style, the amount of things to do on your own, to the multiplayer experience that carries over your progress into your single player story, this game just seems to get a lot of things right,” the reviewer added.

What’s your opinion of this news? Go ahead and speak your mind in the comments section below.

Kao the Kangaroo Takes on the Bad Guys in New Trailer
Next
Kojima: Death Stranding Might Get a Sequel
Previous
E3 2020 Will Reportedly Be Geared Towards Influencers