Sunset Overdrive May Come to PC This Week

Amazon has let it slip that Xbox One exclusive Sunset Overdrive could be coming to PC as soon as this Friday with a pretty attractive price point. 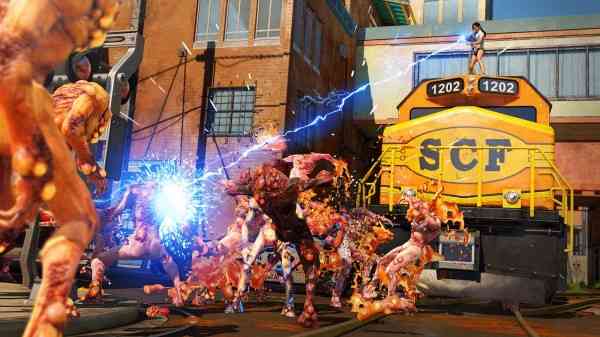 According to Amazon, Sunset Overdrive could hit PC as soon as this Friday, November 16th and has appeared on SteamDB as well, indicating that the game won’t be locked to the Microsoft store. The PC version is set to be published by THQ Nordic and include the games DLC – Mystery of Mooil Rig, Dawn of the Rise of the Fallen Machines, and the Weapons Pack, which is full of the creative ridiculousness you would expect from the developers of Ratchet and Clank (because it’s developed by those guys, Insomniac). Additionally it looks like the game is only going to cost $20, which is a pretty sweet deal, and with Black Friday coming up could drop even lower.

I think it’s worth mentioning that the new Spider-Man game everyone loves so much is made on this same engine, and the way Spider-Man focuses on web-slinging traversal, Sunset Overdrive focuses on jumping, bumping, grinding and swinging around Sunset City while firing off the aforementioned ridiculous weapons. Speaking personally, I cannot recommend it enough – it’s what video games should be in regards to off-and-on the wall fun and wackiness.

Sunset Overdrive recently also got a rating for PC from the ESRB, and developer Insomniac has talked about needing a publisher for a sequel – could that be THQ Nordic? Let us know what you think in the comments and keep it locked to COGconnected for all the latest gaming news!