A Spooky Splatfest Is Set for Splatoon 2 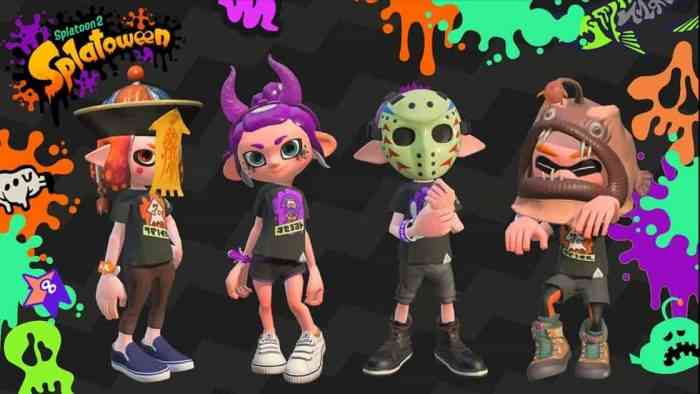 “Bubble, bubble, toil and trouble, the #Splatoon2 #Splatoween event approaches!” said a post on Nintendo of America’s official Twitter account. “As befitting the spooky season, this #Splatfest will pit #TeamTrick vs. #TeamTreat! This eerie event begins 10/30, 3pm PT through 11/1, 2pm PT!” With Pear joining Team Trick and Marina joining Team Treat, your decision may boil down to which of the two characters you prefer rather than which aspect of trick-or-treating you prefer.

The winning team between Team Trick and Team Treat will be decided by three points earned through Normal Play, Pro Play, and a public vote. This system is familiar to Splatoon 2 fans who played in the infamous Mayo vs Ketchup Splatfest. Nintendo has previously stated that Splatoon 2 wouldn’t get many more Splatfests, but it seems like annual events such as the Halloween Splatfest are still rolling out when they normally would.

The Halloween Splatfest will only last a couple of days, so if you’re a Splatoon 2 fan, you should consider fighting Team Trick or Team Treat this Halloween. Will you be fighting with Pear on Team Trick or Marina and Team Treat? Let us know in the comments below!