This Is It, Pearl and Marina’s Final Battle

Splatoon 2 has had a good run, but soon new content will become scarce. In 2017, Nintendo said that they would be hosting Splatfests for two years. Two years later, they are announcing the final Splatfest. The first of the Splatfests were lighthearted face-offs; Ketchup vs Mayo, Ice Cream vs Cake, but the final one seems very definitive with Chaos vs Order. Even though this is the last Splatfest, this is not the end for Splatoon 2. Nintendo has a plan to let the online community continue the legacy of the Splatfest. 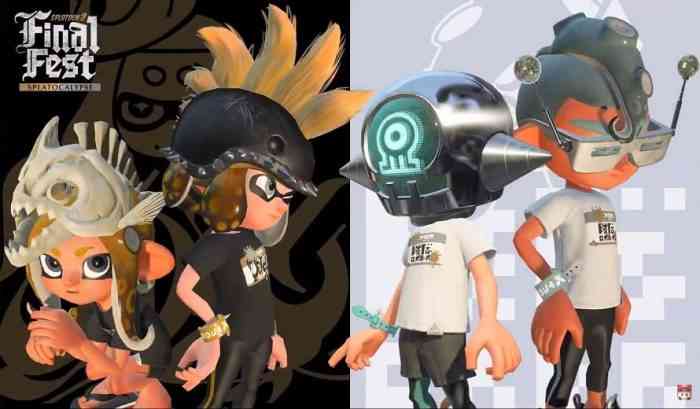 The announcement was made today by Splatoon’s chief creator Hisashi Nogami. This came at the end of the Splatoon 2 world finals, which was won by GG Boyz from Japan. When Chaos vs Order is done, Splatoon 2 will receive a 5.0 update which will allow players to create their own Splatfests. This mode will be called Turf War and all 24 Shifty Station maps will be available to play on. The nighttime versions of the game’s maps will also be options. Past Splatfests have had t-shirts or some way of identifying the teams, but for player-created ‘fests, it is unclear as to how much customizing the Splatfests will have.

The time has come! The Splatocalypse looms over the world of #Splatoon2! Will you side with Pearl and embrace #TeamChaos, or join Marina and enforce #TeamOrder?

The #FinalSplatfest begins 7/18 at 5am PT, and runs for 72 hours! pic.twitter.com/9IQqs4yheO

Speaking of team identifiers, each team is getting two new pieces of headgear. Team Chaos is getting a helmet made out of a fish skeleton and a Mad Max-esque biker helmet. Team Order looks like they are getting futuristic shades with disco balls on them and a Daft Punk-like robo-helmet. While no word on any Splatoon 3, perhaps the outcome of this match-up will affect the next game.

Which side will you choose? Chaos or Order? Let us know in the comments below.

Bayonetta 3 Fans Are Worried Launch Has Been Delayed to Next Year
Next
Modern Warfare Missions Reward Rescues, Punishes Collateral Damage
Previous
Fallout 76 Bags Might Finally Be Shipping – Is It an E3 Attention Grab?