Splatoon 2 Splatfest Returns with an Old Favorite – Mayo vs Ketchup

Who Puts Mayo on a Hotdog?

Almost a full year ago, in the Before Times, Nintendo’s flagship online shooter Splatoon 2 had its “final” Splatfest pitting Chaos against Order. It seemed a fitting match up for the end of Splatfests, but we were all wrong. It appears that the Splatoon 2 Splatfest is returning in our darkest hour. For some reason, Splatfest is making its comeback with a rematch of Mayo vs Ketchup. This was the second Splatfest in Splatoon 2 way back in 2017. Why is it the second one and not the very first? Dunno. Maybe they could not renew the Cake vs Ice Cream license? 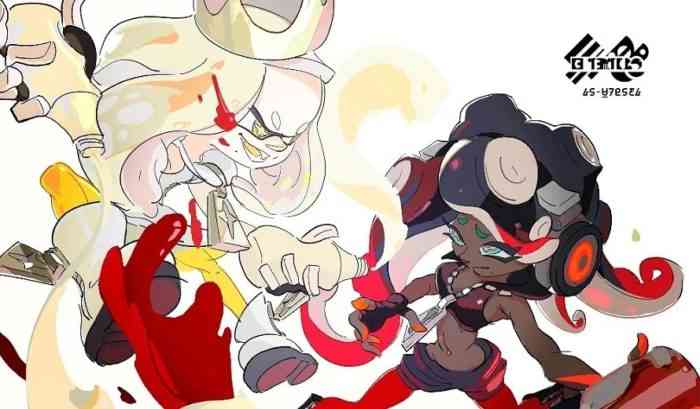 The last time Mayo and Ketchup faced off, Mayo narrowly both won the Team and Solo points with about 51% of the matches for each category. Ketchup won the popular vote from the players in a landslide victory with 73% of players voting Ketchup. However, that would only count for one point, making Mayo the overall winner. Will this time be any different? We will have to wait and see. The return of the Splatfest begins tomorrow.

It’s a #Splatoon2 #Splatfest so contentious we have to do it twice! #TeamMayo and #TeamKetchup are back and it’s up to you to determine which sauce is the boss!

While this is welcome news to Splatoon fans, the bigger question is: are Splatfests making an official, permanent comeback? There are certainly splat-shaped holes in the hearts of fans around the world. Splatoon 2 is available exclusively on Nintendo Switch.

Will you be dusting off the game for this Splatfest? Let us know in the comments below.