With movie theaters around the world being hit with closures and financial troubles, filmmakers are utilizing advancements in technology to continue entertaining moviegoers. Christopher Nolan will be utilizing the Fortnite platform to show off a feature length movie in-game this summer when gameception takes over the free-to-play battle royale. Epic Games and Warner Bros. Pictures recently revealed the newest trailer for Tenet, the upcoming Christopher Nolan film, premiered within Fortnite and Nolan will be continuing the concept soon. Fortnite is available for mobile, PC, Nintendo Switch, Xbox One and PS4 for free, with the Christopher Nolan film screening sometime this summer. 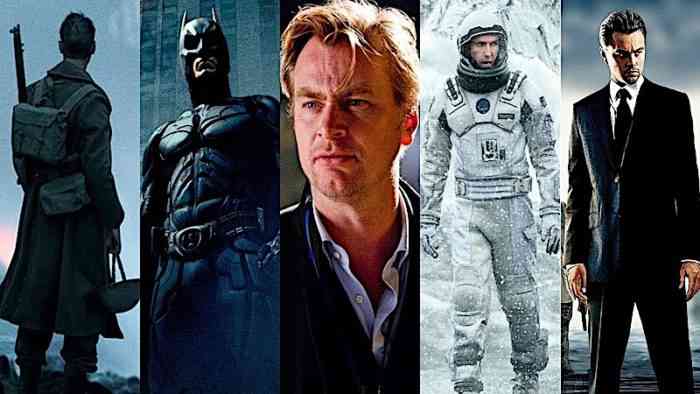 While Christopher Nolan isn’t expected to be creating a brand new movie for Fortnite fans, it’ll apparently be a screening for one of his previous films which has left fans speculating. The announcement of Christopher Nolan’s next crossover with Fortnite occurred during the Tenet trailer reveal and when Geoff Keighley was asked about the screening on Twitter, he responded, “One of his previous films will screen in Fortnite this summer.” We’re big Christopher Nolan fans and are excited to see which of his films becomes immortalized in Epic Games’ Fortnite.

Currently, there’s no word which of Nolan’s previous films will be appearing in Fortnite but it would be interesting to see Inception, Interstellar or Dunkirk in the battle royale. After Travis Scott premiered a new track as part of his in-game Fortnite concert, we were left wondering what else artists could do using the battle royale map as their canvas. This summer marks the 10-year anniversary of Inception’s release, so it wouldn’t be too surprising to see Nolan integrate it with Fortnite this summer.

Which Christopher Nolan movie would you like to see unfold in Fortnite? Let us know in the comments below!