While You Were at Splatfest, I Studied the Blade

We are inching toward the release of the third Splatoon game. A new lovable character called Big Man the manta ray yesterday. Nintendo also debuted a few new weapons in Splatoon 3. First, there is a weapon of nobility, the Splatana Wiper. We’ll tell you about it and workshop some paint + samurai puns along the way. 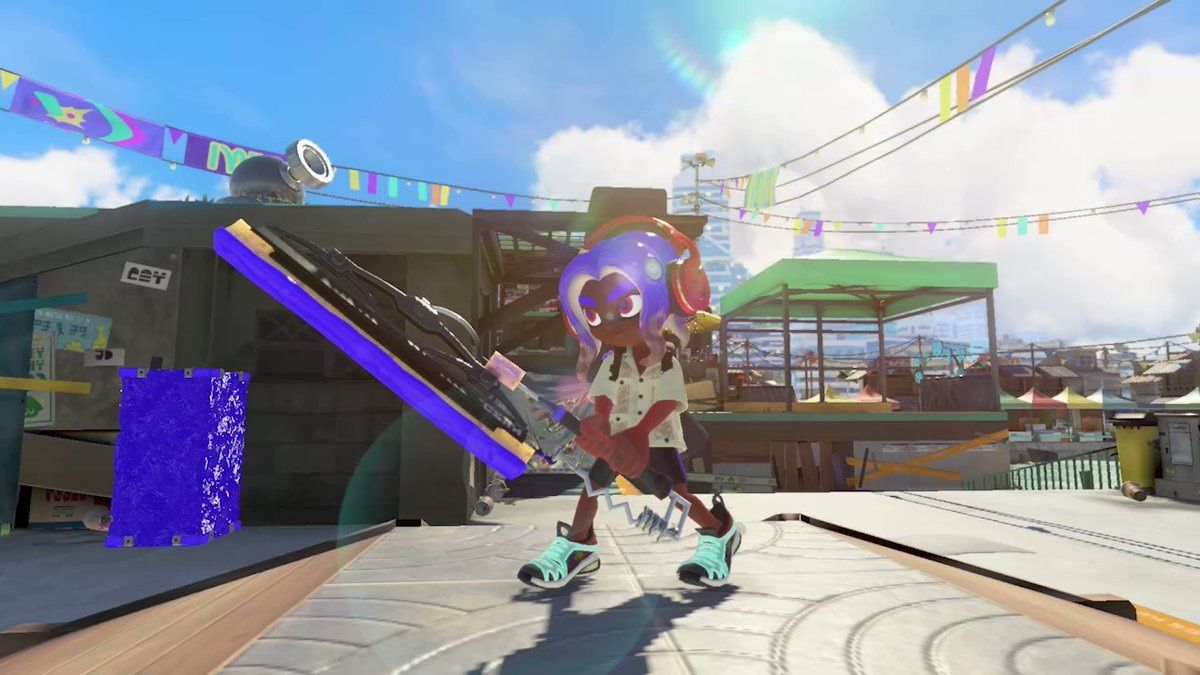 The Splatana Wiper is basically a blade made up of paint. Of course, players can close in on their enemies and hit them for maximum damage, but it also has some range. Swinging quickly throws bits of paint ahead of the player, while the Charged Slash creates a bigger path of paint. A useful weapon for any samurink(?).

Splatanas are a new weapon type in #Splatoon3. Send blades of ink flying with the Splatana Wiper or perform a charged slash to devastate your enemies! pic.twitter.com/HxKEat0P4c

Nintendo also debuted the new ranged weapon Stringer earlier in the Spring. With the bows and blades, it seems like Splatoon 3 is a bit of a renaissance of weapons. There is also the brand new Tacticooler. This is a vending machine of sorts that gives players a variety of benefits, like a speed boost.

The Wave Breaker is a device that sends out waves that reveal enemy locations and also damage them. You can avoid them though by jumping over the waves. Reefsliders are new heavy weapons. Ride it into an enemy or two and detonate it for big damage.

Splatoon 3 will be coming out on September 9th exclusively for Nintendo Switch.

What are you most looking forward to in this new game? Let us know in the comments below.